With the rise of Internet-based phone service, the telco says copper wire landlines are underutilized and wasteful. Consumer groups are unconvinced the proposal makes sense.
Apr 7, 2016 / By Samantha Young 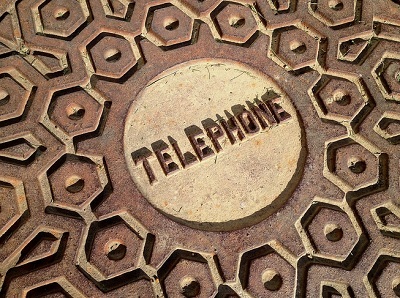 Seeking to capitalize upon Californians' growing use of Internet-based phone service, telephone giant AT&T is asking state lawmakers to allow it to decommission its costly landlines.

The telco says wireless and Internet-based voice services are giving Californians enhanced phone services at a better price than traditional copper wire landlines, and it’s time for the state to move into the 21st century.

But consumer advocates argue legislation before the Assembly would force many seniors and rural Californians to give up the reliable landlines they want to keep.

The dispute illustrates the challenges of how to regulate a changing telecom industry under federal and state laws and regulations written for what many consider to be an outdated and inefficient network of copper landlines.

“It’s a decision that the state needs to make about the future of infrastructure in California,” said Mike Montgomery, executive director of CALinnovates. “Whether we’re talking about roads, bridges, tunnels, schools or copper telephone networks, we really need to figure out how to take this step toward the 21st century.”

According to AT&T, 85 percent of households in California no longer have a conventional landline phone from a traditional provider.  But AT&T is required by state law to maintain and operate its 600 central switching offices across California as if the lines were being used at 100 percent capacity.

However, some of those offices are running at just 2 percent, wasting massive amounts of energy and water to cool equipment and human resources to run them, said Ken McNeely, president of AT&T California.

That is money that could be spent on the more efficient, virtual and software-controlled Internet services that the majority of Californians use, he added.

“Every dollar a company spends on old technology is a dollar it can’t spend on new technology,” McNeely told Techwire in an interview. “Consumers want new technologies.”

McNeely declined to provide a dollar amount for how much AT&T spends on its landlines, citing proprietary confidentiality. Instead, AT&T is hoping to persuade lawmakers of the environmental benefits that could come from retiring its landlines. The company estimates the greenhouse gases emitted to run its landlines are equivalent to the emissions from 19,000 vehicles driven for a year. And some 3 billion gallons of water is used by the company each year.

Under AB 2395 by Assemblyman Evan Low, D-Campbell, telephone companies would have three years to educate the public about alternative phone services. Starting in 2020, a phone company could discontinue landline service so long as an alternative service is available in the area.

“If you don’t have an advanced service available to you, you will continue to have your landline without interruption,” McNeely said.

Low, who is co-chair of the California Legislative Technology and Innovation Caucus, described his bill as “critical to ensuring that California maintains its role as a global innovator.”

“This bill will allow us to update and modernize our IT infrastructure and ultimately provide, faster, cheaper, more reliable and more environmentally friendly service to millions of Californians,” he said in a statement to Techwire.

Consumer groups aren’t convinced and say AT&T wants to abandon its legal obligation to maintain landlines at the expense of small businesses, rural customers and public safety. For example, many businesses rely on landlines for alarm monitoring and to run credit card transactions.

“There are over 10 million copper landlines in California. That’s a lot of people who have chosen to use that,” said Mark Toney, executive director of the Utility Reform Network. “It is not right to tell them they can’t have it anymore.”

Smaller telephone companies say the transition from legacy phone systems to new digital services should be left to the FCC, which has an active and open proceeding to address these issues.

The California bill is vague, confusing and could force smaller companies that rely on landlines out of the market, said Sarah DeYoung, executive director of the California Association of Competitive Telecommunications Companies.

“If this bill passed, we’d have one set of criteria for the state and one set for the FCC. It just doesn’t make sense,” DeYoung said. “AT&T doesn’t like what the FCC is doing. So it’s an end run.”

The bill is scheduled for an April 13 hearing before the Assembly Utilities and Commerce Committee.