Abhi Nemani, serving as Mayor Kevin Johnson's interim chief innovation officer, is helping Sacramento figure out what to do with $8.2 million.
Mar 25, 2016 / By Matt Williams 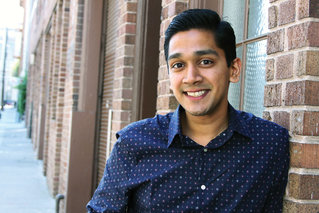 Sacramento's $8.2 million innovation fund might not sound like too much at first blush, but it's absolutely "massive" compared to similar efforts across the nation, says Abhi Nemani, who Mayor Kevin Johnson hired to build out a new innovation office.

Nemani, serving as the mayor's interim chief innovation officer, is helping Sacramento figure out what to do with the funding approved by the mayor and City Council.

"Our goal is basically to run really lean, as much as we can and get some quick wins," Nemani said in a phone interview with Techwire this week. "As those wins shape out, then build an organization around that. I think it's a really healthy way to approach this."

The 27-year-old Nemani has consulted cities big and small since serving as L.A.'s chief data officer for a 13-month span that concluded last September. Nemani said he's been studying the mechanics in common to successful government innovation offices — to the extent there's a "template" — and will be tailoring a plan specifically for Sacramento. He lives in St. Louis and will be commuting to Sacramento twice a month.

"That is why I was excited about helping the mayor build this office — because it could help me hone what those mechanics are," Nemani said. "Having had experience at Code for America and then L.A., what I've been really thinking about is how to scale the learnings from civic innovation to city after city."

One ingredient in Sacramento will be the city's evident momentum among startups, entrepreneurs and venture capitalists. Nemani said he was impressed by the energy and ideas that came from a brainstorming meeting last week where Mayor Johnson talked about his vision for the innovation office; 40 to 50 people from around the region who were invited came on short notice.

Nemani said the mayor's vision — to create new jobs and diversify the region's economy by leveraging the startup community — is exciting and a new way to look at economic development.

Sacramento is building a solid foundation, Nemani said. The downtown Golden 1 sports and entertainment complex will be an anchor, and he said groups like I/O Labs and Hacker Lab are the beginnings of what could be a robust innovation cluster.

"What we're thinking is, how do we double down on that?" Nemani said.

Sacramento already looks like it's ahead of the game with its $8.2 million. Nemani said the city of Los Angeles had a $1 million budget for innovation — an amount that's typical of most large cities.