The California utility is planning a major step beyond the work it has already done by launching what it’s calling Fire Safe 3.0, which will include the use of artificial intelligence, satellite data and a completely rebuilt weather station network.
Dec 12, 2019 / By John Frith 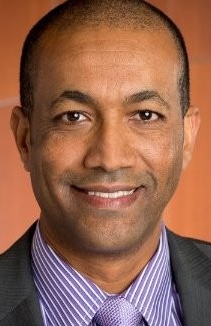 As California’s utility companies work to reduce the risk of fires from their electrical systems, one thing is certain: Technology is an important part of the solution, and billions of dollars are going to be spent in coming years to modernize grids.

San Diego Gas & Electric, the smallest of the state’s three investor-owned utilities, is recognized as the state leader in reducing the risk of utility-caused wildfires. In fact, the company has spent $1.5 billion over the past decade to mitigate the risk of fires, said utility Communications Manager Allison Torres. As a result, its grid can be managed precisely to avoid widespread public safety power outages, and it has successfully reduced powerline-caused fires.

But SDG&E recently announced it would be taking a major step beyond the work it has already done by launching what it’s calling Fire Safe 3.0, which will include the use of artificial intelligence, satellite data and a completely rebuilt weather station network.

Jonathan Woldemariam, the utility’s director of wildfire mitigation, said SDG&E aggressively ramped up its wildfire prevention efforts after a devastating fire in 2007 burned nearly 250,000 acres, caused the evacuation of 500,000 people, burned more than 1,000 homes, and resulted in the death of two people.

“The key learning was that our fire science understanding and weather forecasting needed to be elevated,” Woldemariam said. “We couldn’t just rely on information from the National Weather Service or CalFire about fire weather.”

To do so, SDG&E established its own network of sophisticated weather stations and high-definition cameras, primarily in the rugged eastern side of its service territory where a fire could be quickly fueled by strong Santa Ana winds. They hired meteorologists to make forecasts and used the data to engineer upgrades to the transmission infrastructure and determine where the riskiest areas were located.

As a result, many power poles are now steel instead of wood, poles are higher to keep wires further away from brush, and wires have been spaced further apart so they don’t slap together in gusty winds. Equipment in these areas is now designed to withstand 85 mph gusts and fire-generated winds of up to 111 mph.

But the work already done goes beyond weather stations, poles and wires. For example, switches can now be set to be more sensitive when fire danger is high so they will shut off lines when smaller disturbances are observed. In addition, newer fuses implode if tripped so they don’t send sparks outward, and falling conductor protection devices can de-energize a falling line before it hits the ground.

Woldemariam also said they’ve installed synchrophasors, or phasor measurement units, that measure the instantaneous voltage, current and frequency at specific locations on the grid. This gives operators a near-real-time picture of what is happening on the system and allows them to make informed decisions quickly.

“When something goes wrong, we can understand what the true picture is – how high the current is, and (how it happened)," he said. "We may have a fault and know what time it occurred, but if there’s another fault on the system, we don’t understand if there’s a connection. This helps us connect the dots.”

Like other utilities, SDG&E uses drones to inspect poles and wires. And to ensure that information about potential problems is quickly relayed to operators, the company is working to install its own 4G and 5G wireless network.

SDG&E calls the work it’s done so far Fire Safe 1.0 and 2.0. To further enhance fire-safety capabilities, the utility plans to open a Fire Science and Innovation Lab next year. The lab will bring together leading thinkers and problem solvers in academia, government and the community to create forward-looking solutions to help prevent ignitions and mitigate the impacts of fires and help the company lead the development of the next generation of fire science and wildfire innovation.

Elements to be developed in Fire Safe 3.0 include:
• Artificial intelligence-based predictive models to help increase accuracy of weather forecasts.
• A Vegetation Risk Index to help prevent tree-related outages and ignitions before they happen.
• The capability to identify and track wildfire activity from satellites in space, validating more precise wildfire location to help increase the safety of the electric infrastructure.
• And a new high-speed weather data network, which will allow system operators to get information about temperature, humidity and wind every 30 seconds instead of every 10 minutes.

State regulators are citing SDG&E as an example for the two larger utilities that provide power to millions of customers – Pacific Gas & Electric and Southern California Edison. PG&E, whose equipment has sparked massive wildfires in Northern California in the past couple of years, has opted to shut off power to millions of customers to try to prevent powerline-caused fires from starting.

The giant utility, which is in bankruptcy protection, faces a far greater challenge than SDG&E, which serves 16 million customers in a 70,000-square-mile territory ranging from Lake Shasta to Bakersfield, compared to SDG&E’s 3.6 million customers and 4,100 square miles.