Assemblyman Kevin Kiley says it's likely the Legislature will scrutinize law and policy around artificial intelligence in 2019, introduce new legislation on privacy, and monitor state cybersecurity.
Dec 3, 2018 / By Theo Douglas 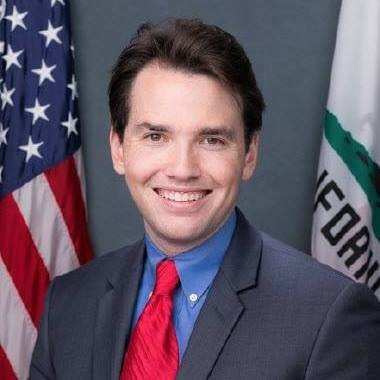 Having handily prevailed in his first-ever re-election, Assemblyman Kevin Kiley, a member of the California Legislative Technology and Innovation Caucus, told Techwire he’s hoping to build on the success of one technology measure in particular which sailed through the Legislature last summer.

Kiley, first elected in 2016, outpolled Democratic challenger Jacalyn “Jackie” Smith by more than 16 percentage points and 30,000 votes on Nov. 6. The Granite Bay Republican said he’s hopeful the Legislature will move forward in 2019 on Assembly Concurrent Resolution No. 215 on artificial intelligence. The legislation affirms lawmakers’ support for the 23 Asilomar AI Principles, developed by a group of researchers, economists, ethicists, legal scholars and philosophers in 2017 to guide the responsible development of AI. Kiley introduced the resolution, and both houses passed it unanimously.

Among its 23 precepts, members convened in Asilomar, Calif., said that the goal of AI research should be to create “beneficial intelligence”; that research funding should follow AI investments to ensure its positive use and ask “thorny” questions on law, ethics and computer science; that using AI on personal data shouldn’t curtail real or perceived liberties; and that “an arms race in lethal autonomous weapons should be avoided.”

Kiley, who represents the Sixth Assembly District, said the Legislature will “look at how to build on that” next year and called the matter “very timely” following the recent Little Hoover Commission report on AI — which mentioned Kiley's resolution.

“We’re exploring a number of ways we might follow up there and really move that conversation forward so the state can take full advantage of the tremendous possibilities of AI,” Kiley said. He could be viewing tech and innovation from the upper house of the Legislature before too much longer; Kiley has announced his intentions to run for the state Senate District 1 seat held by Ted Gaines, who was elected to the State Board of Equalization. The exact timing of a special election awaits Gaines’ expected resignation from the state Senate in January. But a staff member in the office of Assemblyman Evan Low, caucus co-chair, affirmed that because the caucus is bicameral and includes Assembly members and state senators, Kiley would be able to remain a member of the Tech Caucus, as it's known.

The assemblyman said it’s not yet clear how caucus members will work with incoming Gov.-elect Gavin Newsom, who will take office in January, and indicated much is “uncertain” about how the state’s new elected leader will approach innovation and technology and what his priorities will be. Kiley said that he thinks his own work on tech in the Assembly has “provided a strong foundation to move forward” and that state senators who were receptive to the 23 principles — he named Sens. Bill Monning, D-Carmel; John Moorlach, R-Costa Mesa; and Hannah-Beth Jackson, D-Santa Barbara — “would make good partners.”

State cybersecurity remains vitally important as well, particularly as threats and bad actors continue to change course and present new challenges, the legislator said, noting the state has made good progress in ordering its own cybersecurity infrastructure. He pointed to the creation in 2015 by Governor’s Executive Order of the California Cybersecurity Integration Center (Cal-CSIC), charged with improving coordination and strategy and reducing the likelihood and severity of cyberattacks.

Kiley, who is also co-chairman of the Assembly’s privacy committee, said he expects a number of bills to be introduced next year that touch on privacy issues and information security. But he said it will be important for legislators to review proposed policy carefully to avoid “frivolous litigation” that creates vague standards and actually misses the mark on safeguarding privacy.