The honorees among the Top 25 nationwide share traits: They’re collaboration-oriented, they're breaking new ground, and they're not done yet.
Mar 27, 2019 / By News Staff 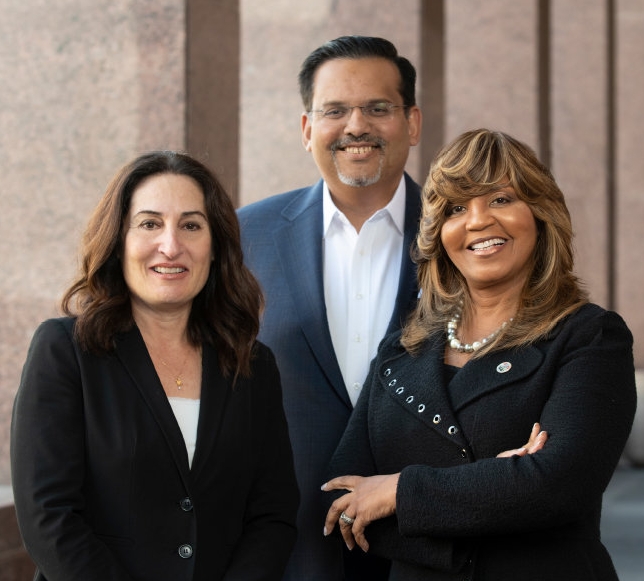 When Government Technology, Techwire's sister publication, annually chooses its Top 25 Doers, Dreamers and Drivers, they're probably people whose names you already know if you follow innovation in the government tech sector, but we also hope there are some faces that will be new to you. Of that top 25, California is represented this year by one team and one individual.

There are several characteristics that represent many of this year’s honorees: They’re collaboration-oriented, they're breaking new ground, and they're not done yet. Here are the Californians who earned the recognition:

Nearly every honoree we interview leads with effusive praise for the talented group of colleagues they work with, each worthy of their own recognition. We don’t doubt that in each case, it’s true. But it also underlines something that’s sweeping across government, or at least starting to, thanks to the work of visionaries like the ones we honor in this issue: They’re open and even eager to reach beyond traditional constraints like department, jurisdiction and industry.

For example, CIOs speak often of the need to understand what everyone else in the organization is trying to do before even considering what technology might help them achieve it. They’re building relationships and adding more value as a result. And those relationships extend deeper into their communities than they ever have before.

“Regardless of social or income status within the community or language, everybody seems to have some level of contact with technology,” he said.

Starting from his time as an intern with the Public Works Department in Santa Ana, Dupuis has dedicated his career to the way technology comes together with community. When he took on the role of Alameda’s chief technology officer 19 years ago — he became CIO 12 years later — the department was focused on the fundamentals. But the transition to working on more is what drives Dupuis. The county is now getting involved in some big initiatives on poverty and homelessness, to address community disparities. Still, Dupuis wonders, “How do we bring a technology thought process to some of the solutions?”

One way is to maximize the use of transparency and open data to impact social service programs. Dupuis also has the unique position of serving as registrar of voters as well as CIO, a role that affords him direct community impact. He sees it as a testing ground for county tech: “We’re able to use the registrar’s office as a way to showcase different technologies that can be impactful, not just [here], but in all of the different departments.”

Now Dupuis is using that forward-looking mindset and applying it to his workforce. In late 2018, his department moved into a new open-concept workspace in a renovated bank in downtown Oakland, which he said is fostering innovation among his staff and also attracting a younger cohort. “We’re showing a modern work environment in this very historic building in a pivotal part of Oakland,” he said, “which I think is transformative in the way that we perform our government functions through technology.”

Recognizing the deep potential in modernization and automation, Los Angeles County personnel and human resources officials continue to collaborate on a series of initiatives that are reshaping their business processes and positively impacting the activities of other agencies.

“We’re like a tripod,” Garrett said. “We’re not automating just for the sake of automation but to innovate, review all of our processes, clear out clutter that doesn’t need to be there and create efficiencies for our departments and the employees that rely on us.”

In June 2018, the agency launched Career Pathfinder, an online tool that helps employees plan future career choices up to 10 moves ahead. In December, DHR announced an online, digitized system that integrates legacy programs for sexual harassment and discrimination, which was anticipated to go live during the first quarter of 2019.

Also in December, officials from DHR, the Registrar-Recorder’s Office and Internal Services debuted an Electronic Personnel Records system, digitizing personnel files from eight county departments in the first of a three-phase process that will continue over the next year.

Zarifian praised Garrett for her commitment to innovation and for ensuring the CIO position is an executive team member. “Working for Lisa is really an honor,” she said, “because there are very few department heads that understand how technology can transform the business and if it wasn’t for that, for her vision and support, we wouldn’t even be here.”