National protests have prompted Amazon to halt police use of its facial recognition tech for one year, but advocates take issue with the company’s law enforcement partnerships, which enable police to access video recordings from doorbell cameras in private homes.
Jul 6 / By Tribune News Service 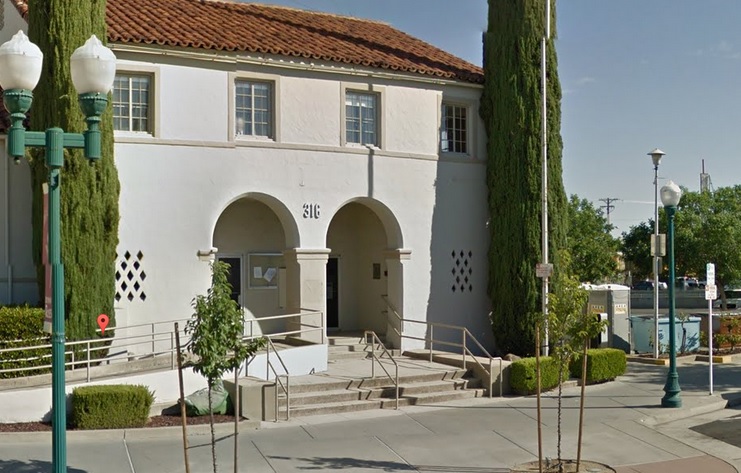 As nationwide protests force a deep examination of police tactics and funding, technology companies say they are re-evaluating their relationship with law enforcement as well. Amazon has halted police use of its facial recognition technology for one year and the website Nextdoor has stopped forwarding tips to police.

Now, privacy groups and activists are scrutinizing the relationships between Amazon and local police departments that allow law enforcement to request access to video recordings from doorbell cameras installed in private homes.

Amazon’s expanding network of law enforcement “partners” for its Neighbors app remains intact, an arrangement that critics say is designed to boost sales of its Ring cameras and capitalize on fears of property crime. Social media and news channels are filled with stories of package thieves and other incidents captured on Ring cameras, which acts as a form of marketing for the products.

Seeking access to video footage and crime tips, law enforcement agencies in Elk Grove and Rocklin, and sheriff’s offices in El Dorado and Placer counties have each signed on to be partners. The Roseville Police Department is considering a partnership, too.

The Neighbors app attracts the same kind of conversations as Nextdoor. Many conversations are indeed about property crime, missing pets, and community disturbances. It also allows residents to make snap judgments about people they don’t recognize and promptly alert police.

While Black Lives Matter and other activists are demanding cities cut back on police spending, the agreements with Amazon motivate the kind of profiling that contributes to harmful encounters with police, privacy groups and activists say.

“They encourage a kind of vigilantism and racism in the use of the Neighbors platform that is deeply troubling,” said Mohammad Tajsar, an attorney for the ACLU of Southern California. “And that will hurt poor people, homeless people and people of color who are innocents and have done nothing wrong other than being captured by cameras owned by wealthier homeowners.”

No money typically changes hands between Amazon and the law enforcement agencies. But privacy experts say the agreements could also give the impression that the government favors Ring camera products over all others.

Some cities have gone so far as subsidizing the purchase or Ring cameras for residents, and local police departments and Amazon often coordinate messaging when the partnerships are announced and agencies agree to increase users of the website. This is one of many red flags, experts say.

“All of this creates an incentive system where police are out on the street promoting a for-profit company,” said Matthew Guariglia, a researcher at the Electronic Frontier Foundation. He added that if a police department then recommends buying cameras, residents could have reasons to doubt their intentions.

“This creates uncertainty about whether your neighborhood is unsafe or police are just operating under some shadowy agreement with a for-profit company,” Guariglia said. “You shouldn’t have that ambiguity about why police are telling you to install surveillance cameras on your house.”

Amazon has grown its roster of partners to more than 1,300 agencies nationwide.

The city of Rocklin received its first pitch in November 2018, records show. A Ring official sent an email to Police Chief Chad Butler after he’d attended a law enforcement conference in Orlando. The company offered him 5 free Ring devices and access to its new neighborhood watch app.
Butler gave the free devices away in a raffle, according to police department spokesperson Scott Horrillo. Rocklin became a partner about 7 months later. Horrillo said they have not sided with one video doorbell company over others and called it “just another way of fighting crime.”

The Elk Grove Police Department became a partner last July after a string of video doorbell thefts. The department wanted to be aware of all those incidents, Jason Jimenez, a spokesperson, said. Nearly a year after joining, Jimenez said the tips from the Neighbors app have not led to any solved crimes.

Ring officials did not answer the question when asked if the company had any proof its doorbells help lower crime. A spokesperson said Ring devices and the Neighbors website “have helped resolve crime and safety incidents” and allowed communities “to share valuable information in times of crisis.”

“Ring will continue in support of our mission while maintaining our commitment to user privacy, security and control,” Ring spokeswoman Morgan Culbertson said in an email. She then listed a handful of incidents throughout California where the technology helped nab criminals.

A common facet of the agreements is a three-page memo of “key talking points” that details how agencies should announce the partnerships. It includes a section on social media messaging and “success metrics” pegged at increasing both users of the Neighbors app and responses from people who are already members.

The Elk Grove Police Department received the talking points, too. Jimenez said its announcement on social media was no different than when the city joined Nextdoor.

Ring officials said the same thing; how the agreements help police adhere to its terms and conditions, particularly limiting access to the agency’s staff.

Critics disagree. They say the focus on results shows how the company is entangling local governments in its business plan instead.

Some cities, like the Roseville Police Department, are still on the fence after fielding several requests to join and meeting with Ring officials, said police spokesman Rob Baquera.

Civil liberties and privacy groups like the Electronic Frontier Foundation have criticized the company for its apparent lack of security on Ring cameras and the Neighbors app.

The group found that Amazon was also selling user data to advertisers. Another group of researchers was able to reveal the precise location of website users, showing that their information was vulnerable and could be easily exposed. Hackers were able to breach a live feed of a Southern California home.

In February, Ring said it would no longer allow multiple login attempts, require two-factor authentication and stop most third-party advertisement tracking. The company later said it would allow users to turn off law enforcement calls for video in the settings.

Police agencies like Roseville take solace in some of the improvements.