By managing change and carefully updating long-standing processes under new Director Steve Gordon, the Department of Motor Vehicles is taking strides toward modernization — while achieving technological milestones that have helped it connect to residents during the novel coronavirus (COVID-19) pandemic.
May 26 / By Theo Douglas 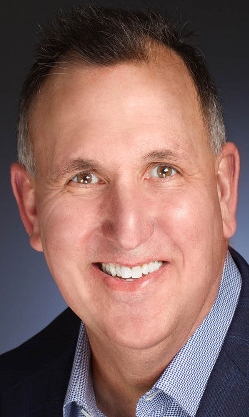 Roughly 10 months after on-boarding a longtime Cisco executive as its new director, the California Department of Motor Vehicles has set in motion a series of changes and updates designed to enable a larger modernization.

The transformation of a high-traffic agency — one Gov. Gavin Newsom called “the retail face of government” as he introduced Steve Gordon last year — has been neither quick nor easy. As recently as December, elections officials connected voter registration issues to problems with the state’s Motor Voter program launched before the 2018 midterms to automatically register eligible voters when they visited the DMV. And a March 2019 audit of DMV by the California Department of Finance found that an “insufficient network system infrastructure and lack of monitoring processes contributed to field office outages, impacting customers’ ability to obtain DMV services.” But as Gordon told Techwire on Thursday, the new work — which began before the novel coronavirus (COVID-19) pandemic — is taking hold and has been crucial to moving transactions increasingly online and keeping the department connected to residents during the crisis, when field offices have been closed. Among the takeaways:

• A “containment strategy” has been key to stabilizing DMV’s robust but sometimes decades-old systems, said Gordon, who joined the state from zTransforms, where he was a managing partner from 2018-2019. He was previously vice president of technical services at Cisco, where he worked from 1993-2011. “Change is the killer in some of these old systems. So, we have this containment strategy to make sure we do no more harm,” he said, pointing out that DMV suffered a “systems issue” on July 23, the day he was announced as director. Seeing the thin line between risk and reward, DMV has changed its software development life cycle and how it’s evaluated — and realized “a significant improvement.”

“So, it’s that kind of stuff I think we’ve done quite a bit in, really, the last 10 months, in really making the DMV much more agile, much more responsive and, I like to think, much more stable and available,” Gordon said.

• And key changes have arrived. With field offices shuttered during the pandemic, DMV debuted virtual field offices April 2, and expanded offerings May 12 to include vehicle title transfers, complicated registration renewals requiring additional documentation; and temporary license extensions, among others. The department began accepting credit and debit card payments in a pilot that began in October — and just recently rolled out that capability to all offices. As part of a mobile-first strategy, DMV expects to deploy a redesigned website that’s mobile-responsive in early to mid-June — an acknowledgement that more than half its website users today do so from mobile devices. (DMV’s Real ID site, Gordon noted, is already mobile-responsive.)

“We’re optimizing for people that are in a younger generation,” Gordon said. “And that includes getting to, at some point, a mobile ID, a mobile driver’s license. All those sorts of things are going to be part of, hopefully, things that we’ll be able to bring to the market over the next few years.”

• A series of private-sector relationships are helping advance this progress as well. In October, DMV awarded a multimillion-dollar contract to Comcast to overhaul its computer network. This year, DMV worked with with UiPath, Cambria Solutions and SimpliGov to automate its application process for motor carrier permit renewals. The department’s work with SimpliGov, Gordon said, has “played a very strategic role in our digitization business,” while its work with UiPath could “help us improve and optimize our processes inside the entity.” UiPath, he pointed out, acquired ProcessGold, a Netherlands process mining enterprise software maker. This, he said, “really gets you a very, very rapid understanding of how your process is performed” and where it can be improved.

“Over time, we all know that there’s no shortage of ideas that are added to streamlined process. And pretty soon you look at that process after 20 years and you say, ‘Well, how does anything get done with that process?’” Gordon said.

• Motor Voter, the director said, “was thrown together relatively quickly” by a team that “did the best they could.” That means, he added, it lacked a “very tight control model,” and handshakes between applications might not have been done “as well as we would normally do.” Elsewhere, specs were crude and “we didn’t validate each other’s work.” But those issues have been resolved as teams met weekly at first — a process already underway when Gordon arrived — and later, monthly, ensuring communication, buy-in, and commitment to testing and implementation.

“The error rate is down, I mean, it’s as close to zero as possible. There’s always going to be an error here or there in customer data and so on. But it’s been a remarkable turnaround,” Gordon said.

• A sequel to the premiere DMV Vendor Day, held Oct. 17, isn’t likely any time soon — largely because officials are continuing to unpack ideas they heard then from more than 100 vendors who attended the event in Rancho Cordova.

One of those ideas could be a game-changer for Real ID, the identification document that will be federally required to fly domestically or enter certain federal facilities. (The federal government has delayed the Real ID deadline, once a looming threat, by one year, to Oct. 1, 2021. As of April 30, 7.9 million residents had Real IDs.) Before the pandemic took hold, department leaders met with officials from Los Angeles International Airport to discuss a scenario for having DMV representatives visit their airport’s departure lounge to capture the two Real ID elements for which a real, live applicant is still needed: a photo and a thumbprint. Once those details are in hand, Gordon said, DMV could simply text applicants a link to complete the process online — including the necessary documentation.

“And we’ll match that to the biometric, to your photo, which is what the (Department of Homeland Security) requires us to do is … authenticate you. And we bring those two together, and we ship you a card,” Gordon said. “So, you don’t even need to come into the office — we come to you.”