The first self-driving shuttle has just launched at Sac State, and although it's for a three-month pilot, it’s likely here to stay. The electric, eight-passenger vehicles — which will be 3-D printed — will connect riders from a parking garage to classroom buildings.
Feb 22, 2019 / By Skip Descant 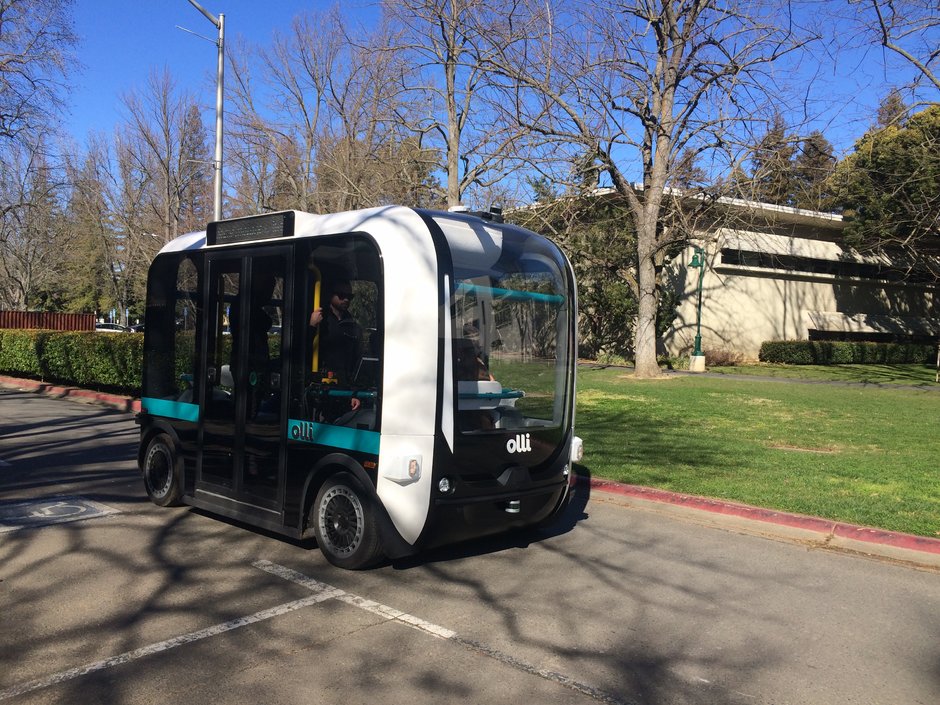 The first self-driving shuttle may have just launched in California’s capital city as a three-month pilot, but it’s likely here to stay.

"This is a three-month trial," Mayor Darrell Steinberg told a crowd of students, faculty and others gathered Thursday at Sacramento State University for the launch of the autonomous shuttle program. "But let's be clear. There’s no three-month trial. We’re not going backwards. This is going to beget the next advance, the next Olli shuttle, the next manufacturing center — I hope — in Sacramento, and so much more.”

The campus was selected as one of the pilot locations for Olli AV shuttles. The vehicles, made by San Francisco-based Local Motors LLC, are electric, eight-passenger vehicles and will connect riders from a parking garage to classroom buildings. The exact route is still being developed, say officials. Two shuttles are made available for the pilot. In addition to transportation, they will serve a research and academic component by serving as a “classroom on wheels” for students and faculty in the College of Engineering and Computer Science.

“We have the future right here on this campus. We have the next generation moving forward. And we really want them to be exposed to what is possible here, and to understand it, and feel it and touch it,” said U.S. Rep. Doris Matsui, D-Sacramento, in her comments at the press conference.

The project is the first of its kind in the Sacramento region, which has been a leader in introducing new forms of mobility. The city partnered with Electrify America to introduce sharable electric cars in apartment buildings, and will deploy more than 250 electric vehicles on city streets in the coming weeks. The cars can be accessed via the Gig app, and allow drivers to rent them for as little as $2.50 a mile. Sacramento is also home to bike and scooter shares, provided by JUMP.

“If someone had said to me, 'Twenty-five years from now, you’ll be standing at Sacramento State University. And you will be speaking about driverless shuttles. And they will be made from a 3-D printer,' I would have said, 'Stop talking to me that way. That’s not happening. Are you kidding me?'” the mayor quipped. “Look at it. Here we are.”