Leaders say the government veteran, who most recently managed the state's DMV Strike Team, is "a problem solver" and "pulls no punches."
Oct 21, 2019 / By Tribune News Service 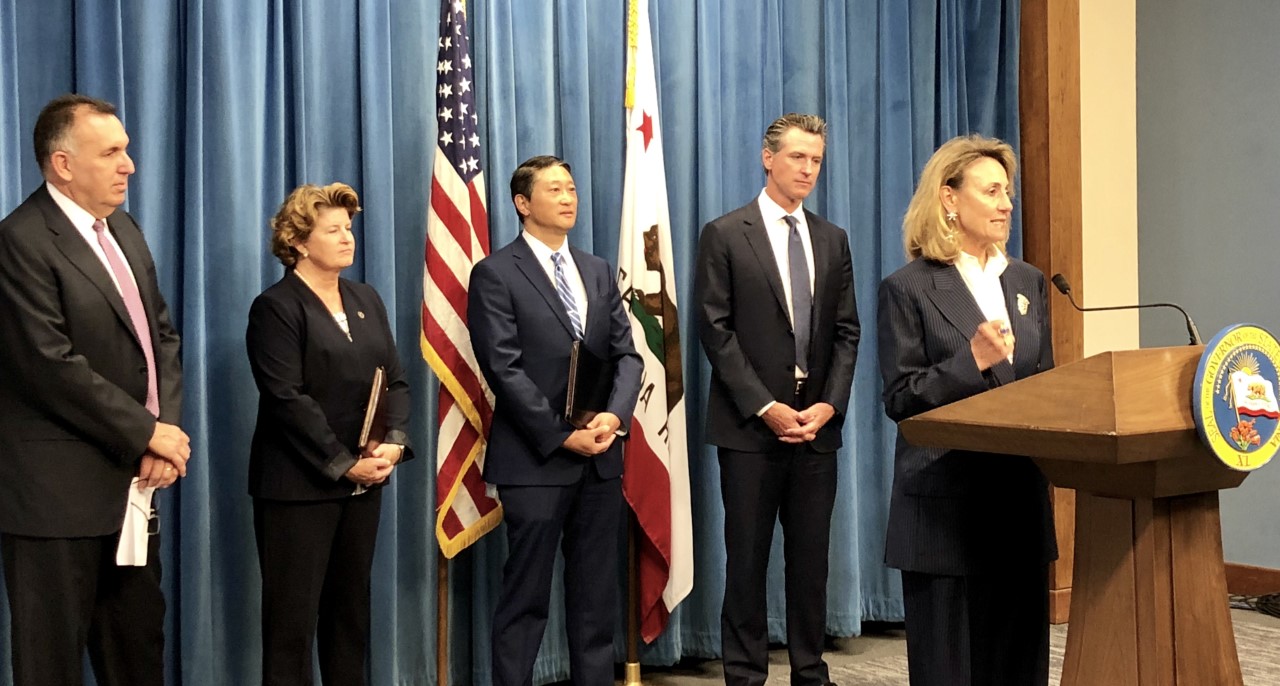 There’s a new sheriff in town to regulate utilities and force them to toe the line in wildfire prevention and power shutdowns.

Batjer is a smart, dedicated, hard-nosed-but-likable veteran of government at both the state and federal levels, serving Democratic and Republican administrations.

She has never delved this deeply into the tricky field of energy, however, so the new gig may be a challenge.

His Senate colleague Mike McGuire (D-Healdsburg) says “there has been a lack of supervision and enforcement by the PUC. We expect the PUC to step up and do its job.”

The utilities commission regulates many things besides power utilities, including railroads and cellphones. But it’s practically invisible to the public. That’s largely because it’s headquartered in San Francisco, off the beaten path of state government and reporters who cover it.

Batjer, 64, is little known outside government circles. But she has quite a résumé.

She was raised on politics and government in Carson City, Nev., the daughter of a Nevada Supreme Court justice.

In 1981, Batjer became a political liaison for Californian Caspar Weinberger, President Ronald Reagan’s first Defense secretary. At the Pentagon, she began a lifelong friendship with Colin Powell and became a top aide when Reagan brought him to the White House as national security adviser. She helped arrange summits with foreign leaders, including the Soviets, and also served in the George H.W. Bush administration.

“She can deliver bad news,” Powell told then-Times reporters Joe Mathews and Peter Nicholas in 2004. “No matter who you are, she is candid and pulls no punches. … She put me in my place many times.”

In his autobiography, Powell wrote: “Marybel, who probably could not have distinguished an admiral from a doorman before she came to the Pentagon, displayed a native shrewdness at sizing up people.”

Gov. Pete Wilson brought Batjer back west as his undersecretary for the then-Business, Transportation and Housing Agency. After Wilson departed, Batjer became chief of staff for Nevada Gov. Kenny Guinn, a Republican moderate. Then, new California Gov. Arnold Schwarzenegger recruited her as his Cabinet secretary.

After a stint in the casino world as vice president of Caesars Entertainment Corp., Batjer was appointed by Gov. Jerry Brown as the first secretary of his new California Government Operations Agency. Gov. Newsom kept her on as leader of a “strike team” to reform the slowpoke Department of Motor Vehicles. Now she’s running the PUC.

In all, she has worked for two presidents and five governors.

Newsom calls her “one of the most accomplished management experts in state government.”

OK, a smart aleck would say that’s a low bar. But she is accomplished enough to keep being recruited by successive governors.

Batjer says she loves to figure out how to make things work better. She’ll have lots to figure out with both the PUC and PG&E. The consensus in Sacramento is that the commission has been too utility-friendly and especially soft on Pacific Gas & Electric.

For starters, the bankrupt utility’s electricity transmission grid is terribly outdated. The company’s trimming of flammable trees and brush around power lines is years behind schedule. All this is embarrassing, dangerous and needs tighter scrutiny.

Moreover, PG&E was essentially uncommunicative with anxious customers during the sprawling blackout that was aimed at keeping its equipment from torching dry vegetation as strong winds blew. Its website crashed, and phone lines were backed up so far they were useless.

At a PUC hearing Friday in San Francisco, the commission’s mild-mannered president scolded PG&E executives without raising her voice.

“What we saw play out by PG&E last week cannot be repeated,” Batjer told the company's chief executive, Bill Johnson. “PG&E was not fully prepared to manage such a large-scale power shutoff.”

“This is not hard,” she later told PG&E officials. “You guys failed on so many levels on some pretty simple stuff.”

Johnson defended PG&E’s decision to sever power — noting that no big wildfire erupted despite some heavy winds — but conceded “making the right decision on safety isn’t the same thing as executing that decision well. And on this aspect, some skepticism is in order.”

He talked about long-range plans for upgrading the electrical grid. And he vowed to do better. But he also warned it could be 10 years before extensive blackouts no longer were needed.

“You will be judged by outcomes and not by plans,” Batjer told Johnson.

And Dodd issued a statement declaring: “Ten years is an unacceptable amount of time to wait for PG&E to strengthen its electric grid so that it does not spark yet another catastrophic wildfire.”

Johnson sent Newsom a letter suggesting that the state, rather than PG&E, might want to assume responsibility for deciding when blackouts are necessary. Perhaps the PUC, he said. There was no immediate response.

You can bet no elected official wants any part of that no-win liability.

But I’d trust the new sheriff with it.