If utilities cut power again this summer, as they did last year, home offices that were set up during the pandemic could go dark and stay dark for days, and remote workers will have no corporate offices to flee to for power.
Jun 16 / By Tribune News Service 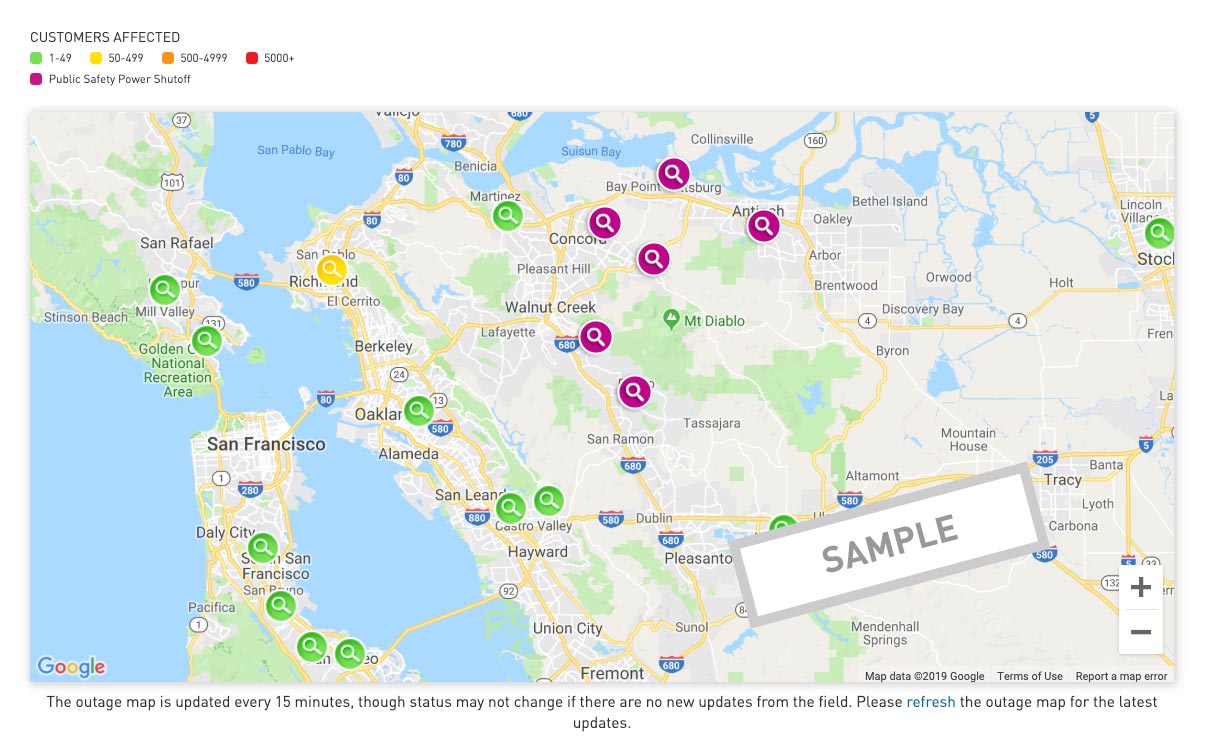 Blackouts that hit millions of Californians in 2019 could be doubly calamitous this year with tech giants Google, Twitter Inc. and Facebook Inc. among the many companies keeping offices closed until the fall or later in response to the novel coronavirus (COVID-19) pandemic.

If utilities cut power again, home offices set up during the pandemic could go dark and stay dark for days, and remote workers will have no corporate offices to flee to for power. In October 2019, more than 3 million people were affected by a series of rolling blackouts over more than a week as PG&E Corp. and Edison International tried to prevent live wires from sparking wildfires.

Call it a collision of crises. Blackouts could limit California’s push to revive an economy largely paralyzed since stay-at-home orders this spring. The state government, utilities and individual companies are all seeking ways to deal with blackouts before a wildfire season forecast to be worse than normal. Hewlett Packard Enterprise Co., for one, has “long contemplated this type of scenario,” according to spokesman Adam Bauer.

The San Jose-based tech company is building in geographic redundancies, he said, with “the ability to shift work among distributed teams to maintain service to our customers and partners.”

Google, Twitter and Facebook all declined to comment on their plans. The state’s utilities and government officials, though, have said they’re working to minimize the threat.

California regulators last month adopted new shutoff rules that will require the companies to restore electricity within 24 hours after the weather clears, although the state’s windstorms can last several days. PG&E, the state’s largest utility, has set its own goal of 12 daylight hours after the winds ease, and has nearly doubled the number of helicopters it will use to look for downed lines.

Still, there are troublesome signs leading into this year’s wildfire season. A year ago at this time, the state was drought-free. Now, almost 50 percent of California is gripped by drought, with the driest areas occurring across the northern part of the state, according to a June 2 assessment by the U.S. Drought Monitor.

The result: an “above-normal significant large fire potential,” according to the National Interagency Fire Center in Boise, Idaho. Already this year, more than 6,600 acres have been burned in the state. Small blazes are already cropping up on an almost daily basis.

At the same time, the pandemic has killed more than 4,900 people in California, forcing companies to allow employees to work at home, closing schools and restricting travel.

“The reality is Mother Nature hasn’t changed her mind with respect to wildfires because of COVID,” said Don Daigler, director of business resiliency for Southern California Edison. “We still face the same fire risk as communities as we did last year.”

“We’re going to have people sheltered in place and without power,” said Carl Guardino, chief executive officer of the Silicon Valley Leadership Group lobbying organization, which represents many of the region’s biggest companies.

Guardino’s own home lost electricity for five days last year, he said, and he ended up moving his family into a hotel. Now, even that solution is unlikely given the coronavirus shutdowns.

Many Californians have already turned to backup power generators. Generac Holdings Inc. saw its sales in the state surge 300 percent, its chief executive officer told Bloomberg a month after the blackouts. And this spring, the Silicon Valley Leadership Group successfully lobbied state officials to let solar installers return to work months before many other businesses opened.

But solar panels, with a battery to store the power, can cost $30,000 to buy the hardware for a robust home system and have it installed, so it’s not for everyone.

The utilities, whose use of intentional blackouts last year provoked fierce criticism, are aware of the issue. But they don’t want the number of people working from home to affect their decision to shut off power, if weather conditions demand it.

Those conditions — high winds, hot temperatures, low humidity and dry vegetation — should still be the determining factors, the utilities say.

“The approach we take is different, but the calculus really hasn’t changed,” Edison’s Daigler said. Instead, they’re trying to reduce the need for shutoffs, and ensure that when they occur, they are smaller and shorter than last year’s.

“We want to reduce the impact of Public Safety Power Shutoffs on customers whether they are working from home or not,” said Matt Pender, director of the community wildfire safety program for PG&E.

PG&E, which was forced into bankruptcy last year after its equipment sparked deadly fires, is installing switches and other devices to isolate power cuts, making them more targeted than last year’s mass blackouts. The company has also secured mobile diesel generators that can be located at as many as 48 substations.

Both PG&E and Edison are also hardening their field equipment, running some lines underground and installing stronger poles. Edison, for example, is installing 600 miles of power lines with coating that prevents sparks when touched by tree branches.

PG&E estimates these steps should cut the number of customers affected in each potential blackout by one-third.

Both companies are also planning to open more pop-up community resource centers during blackouts to allow for more social distancing between people who show up to cool down and charge phones and other devices. They’ll also send vans equipped with charging stations into darkened neighborhoods to help customers who don’t go to the centers — potentially a large number of people at a time when gathering with strangers brings risks.

Some county governments, along with the city of San Jose, asked state utility regulators in April to impose new rules on the shutoff program. The California Public Utilities Commission, though, said the final decision should stay with the utilities.

“Based on these rules and standards, it is appropriate for the utilities to have the final say over shutting down power and for the CPUC to hold them accountable,” spokeswoman Terrie Prosper said.