The Cellular Telecommunications Industry Association opposes the measure, which firefighter associations back because of safety concerns.
Apr 29, 2019 / By Lucas Ropek 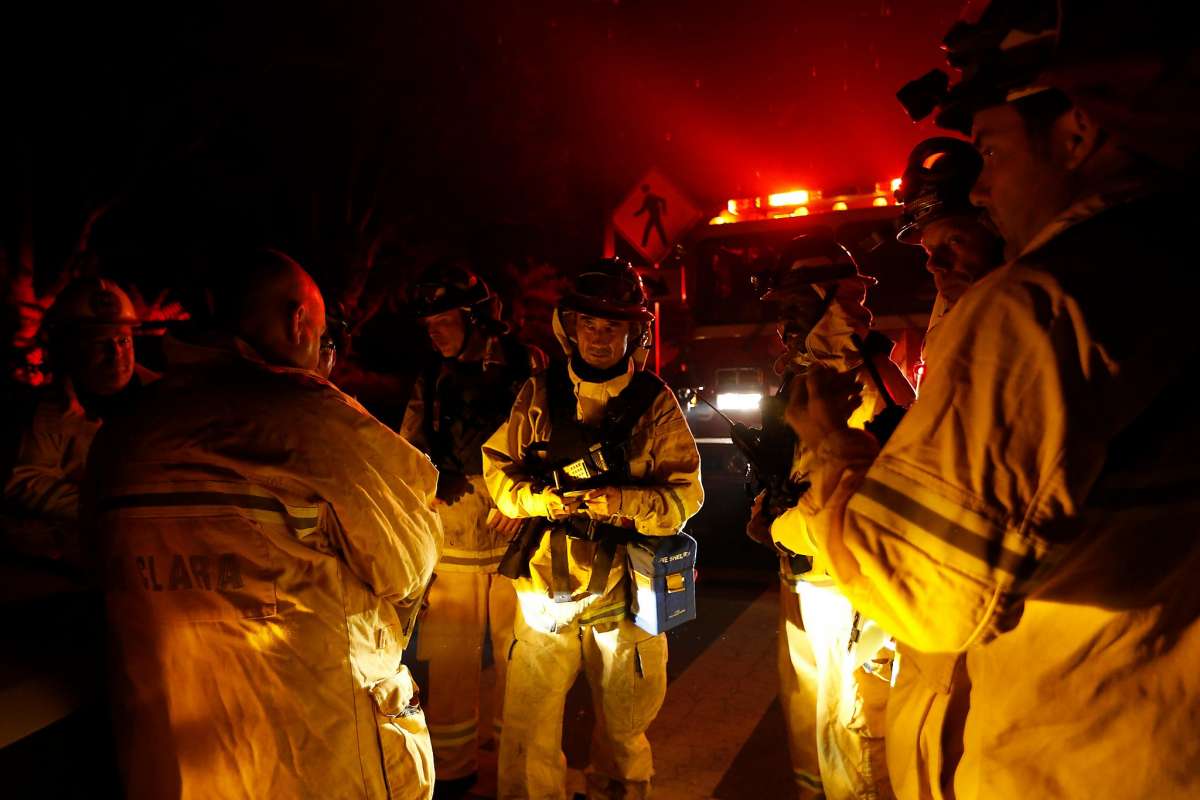 Last summer, telecom giant Verizon Wireless triggered a major controversy in the public safety community when it temporarily reduced Internet service to firefighters in Santa Clara, greatly diminishing their ability to provide emergency services while fighting the Mendocino Complex fire — one of the largest in state history. Now a new state bill seeks to prevent similar incidents from happening in the future.

Assembly Bill 1699 would ban mobile Internet service providers from throttling service to first responders during incidents in which a state of emergency has been declared. The legislation forbids companies from “impairing or degrading” service in cities and counties when such a situation arises. Introduced in February, the bill is being sponsored by Assemblyman Marc Levine, of North Bay, who has argued that “first responders need every tool available to keep ... communities safe.”

During the Mendocino fire, the Santa Clara Fire Department found that a stipulation within its Verizon contract allowed the company to greatly reduce service after the department had surpassed a certain data threshold, despite the fact that it had purchased a “limitless” data package.

The service was ultimately diminished to 1/200th of its previous rate, hampering the department's emergency communications, until fire officials agreed to pay the company for another, more expensive package, according to statements later made by County Fire Chief Anthony Bowden.

“Verizon imposed these limitations despite being informed that throttling was actively impeding County Fire's ability to provide crisis-response and essential emergency services,” Bowden said shortly after the incident.

As one might expect, the throttling caused a significant stir among firefighting associations and civil liberties groups while also leading to a larger debate about net neutrality in the state.

Verizon later called its response to the crisis a “customer support mistake,” acknowledging that the situation required better service.

“In supporting first responders in the Mendocino fire, we didn’t live up to our own promise of service and performance excellence when our process failed some first responders on the line, battling a massive California wildfire,” the company said in a statement released shortly after the blaze. “For that, we are truly sorry.”

But while Verizon may be sorry, its chief lobbying organization has also come out against the new bill.

The Cellular Telecommunications Industry Association (CTIA), which represents Verizon in addition to other large carriers like Sprint and AT&T, has made efforts to oppose the legislation.

The bill was recently given a hearing before the state Assembly's Committee on Communications and Conveyance, at which representatives from CTIA argued against passing it. The legislation was subsequently referred to another committee for further review.

Meanwhile, fire employee advocacy groups have came out in droves to support the bill at the committee hearing.

“An essential component of emergency communication in the modern fire service is transmission and receipt of data," argued the California Professional Firefighters group during the committee hearing. "Throttling data service can be disastrous to the public’s safety. Indeed, an [ISP’s] manipulation, or ‘throttling,’ of the data rates can render a fire department’s needed communication resources virtually useless during an emergency.”