The legislation would bar police from utilizing facial recognition software or other biometric surveillance technology in their body cameras.
Aug 14, 2019 / By Lucas Ropek 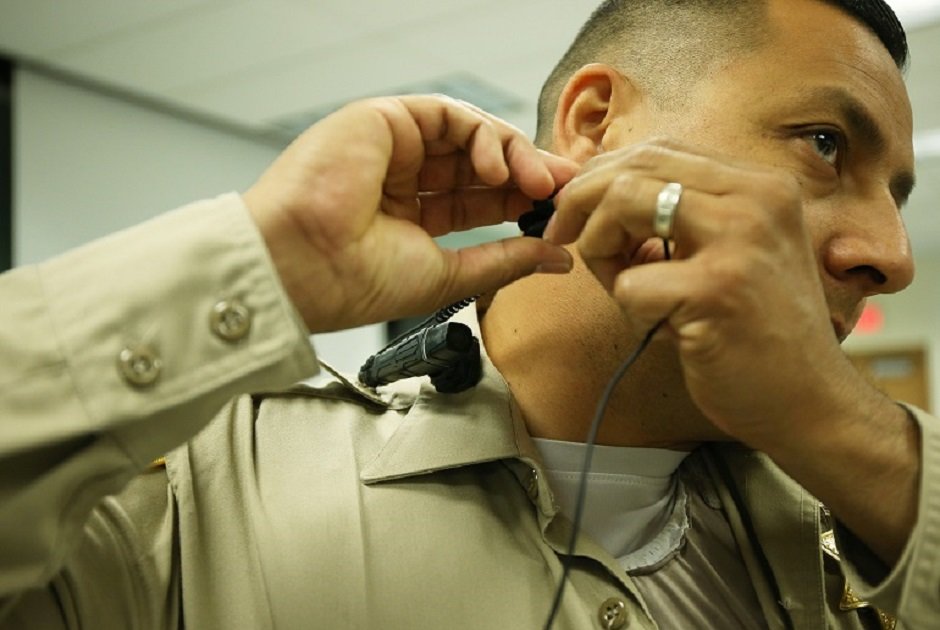 New legislation in the state comes amidst a nationwide backlash against facial recognition technology, which has in recent weeks been criticized by privacy advocates at both the city and state levels.

A new bill in California would prevent police from equipping their body cameras with facial recognition software or other biometric surveillance technology.

Assembly Bill 1215, known as the “Body Camera Accountability Act,” would prohibit police from “installing, activating, or using any biometric surveillance system in connection with an officer camera,” allowing members of the public to sue police if this statute was violated. The bill also covers devices that aren’t strictly body cameras but that function as such, like Callyo — the app that allows officers to use phones as surveillance devices.

The legislation’s primary sponsor, Assemblymember Phil Ting, has received considerable support from civil rights organizations — including Northern California’s ACLU chapter, which is co-sponsoring the bill with him.

During a press conference at the state Capitol Tuesday, Ting and other bill supporters released new findings from a recent ACLU study that showed that one in five California lawmakers who had been scanned with the technology had been incorrectly matched with someone who had been arrested.

Ting said this was clearly an example of why the technology is not “ready for prime time.”

The California legislation comes amid a larger public backlash against face recording, as public and private sectors alike have begun more widespread deployments of it.

Most notably, San Francisco banned government use of facial recognition earlier this year. The announcement was followed quickly by similar bans in Oakland, Calif., and Somerville, Mass. At the same time, Amazon’s face recording product Rekognition has run into controversy. Even Axon, the nationwide supplier of TASERs, has said that it will not capitalize on the face recording market.

Ting and other speakers lamented how body cameras — promised as a means of accountability for law enforcement’s interactions with marginalized communities — had swiftly been converted into tools of surveillance against those very communities.

Another issue at play during Tuesday’s conference was the apparent bug in facial recognition that can lead to racial misidentification and bias. A recent study by the ACLU had led the tech to misidentify 28 members of Congress, speakers reiterated.

Assemblymember Reggie Jones-Sawyer, chair of the Public Safety Committee, said that he feared what the technology might do to minority populations.

“I’ve heard of far too many cases of mistaken identity leading to arrest and, in the worst cases, death. This is without technology — which threatens to automate mistaken identity and risk the health and safety of countless people of color,” Jones-Sawyer said.

Matt Cagle, an attorney with ACLU of Northern California, further commented that face recording represents not just a threat to minority demographics, but a more generalized civil liberties threat, as well.

“The spread of face scanning in California neighborhoods would be a massive public safety hazard and a threat to our fundamental rights,” he said. “People should be able to walk down the street, seek police help or attend a protest without having their identity and location recorded in a government database.”

Originally introduced in February, the bill is currently awaiting a third reading in the Senate Committee on Public Safety.