Wong has been chief information officer and deputy director of the Information Systems Division of the Department of Social Services (DSS) since August 2017 — his first CIO role.
Mar 6 / By Dennis Noone 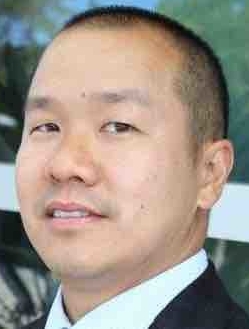 Brian Wong, a veteran of state service, has been named the new chief deputy director and chief information officer for the Office of Systems Integration (OSI), effective March 16.

Wong has been chief information officer and deputy director of the Information Systems Division of the Department of Social Services (DSS) since August 2017 — his first CIO role. Before DSS, Wong was with the Department of Motor Vehicles for almost nine years, first as a network manager, then section chief and finally project director for IT modernization.

“Brian’s proven leadership ability, knowledge of much of OSI’s portfolio and diverse technical background are a welcomed addition to the OSI Executive team,” OSI Director Dan Kalamaras said Friday in announcing Wong’s appointment. “During his (DSS) tenure, Brian provided executive leadership and sponsorship of multiple high-level statewide IT projects and initiatives, including the Appeals Case Management System and the County Expense Claim and Reporting Information System.”

Wong is familiar with agencies that have a far-reaching mission. While at DMV, he provided executive leadership and oversight over the modernization of DMV’s legacy application infrastructure.

“I am extremely grateful to the Department of Social Services for allowing me the privilege to serve as their Chief Information Officer,” Wong told Techwire in an email, “and I look forward to continuing to serve the mission of the California Health and Human Services Agency in my new role as the OSI Chief Deputy Director.”

Wong, who was with Oracle for seven years before entering state service, is a regular participant in leadership and educational forums, including as a panelist at the California CIO Academy and the Digital Government Summit.

In February 2018, when he had been a CIO for only six months, Wong took part in a panel discussion at the CIO Academy on how state IT leaders must balance legacy technology against the desire to modernize. He said it was essential to “get buy-in” from the business side of an agency as the tech side continues to push innovation. “The trick is getting business to own a product,” he said.

During the same CIO Academy, while on another panel, Wong addressed the importance of having a strong strategic plan: “I put my stamp on it, and I make sure my values are in my strategic plan,” he said. “These are guiding principles.”

A year later, at the Public Sector CIO Academy in March 2019, Wong was on a panel that addressed “emotional intelligence,” known as EQ.

“Empathy has helped me immensely in my career,” Wong said at the time. He noted that when he’s evaluating someone, he values EQ more highly than technical skills.

“The paradigm starts to shift as your career progresses,” he said. “EQ was not something I embraced early in my career.”

Wong also participated in a detailed interview with Techwire in March 2018.