A review last year by the consumer group U.S. PIRG found that California is just one of two states that doesn’t allow users to search checkbook-level government expenditures by agency, keyword and/or vendor.
Mar 3, 2016 / By Samantha Young 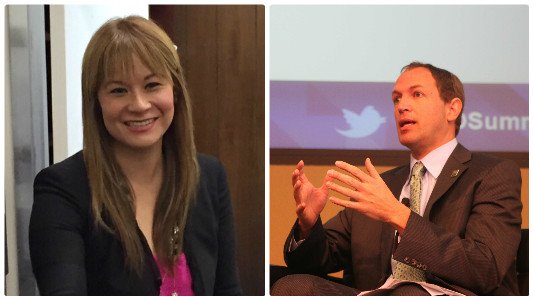 California lawmakers this week called for more transparency in state government, noting the federal government, local entities and other states have implemented open data initiatives that provide detailed accountability of how public money is spent.

“I feel like government is just so opaque and so complicated,” Assemblymember Ling Ling Chang, R-Diamond Bar, told an audience at Open Data Day held Tuesday in Sacramento.

“There’s so many layers of bureaucracy to get the right information,” Chang added.

Chang expressed her own frustration with the lack of information available about how money is spent by California’s state agencies and departments. Putting that kind of data online would show “whether or not things are working in each department,” and help inform her decisions as a lawmaker, she said.

A review last year by the consumer group U.S. PIRG found that California is just one of two states that doesn’t allow users to search checkbook-level government expenditures by agency, keyword and/or vendor. It also faulted the state for failing to create a “one-stop” transparency Web portal that makes valuable data easy to find.

Groups who have sought details about vendor payments from the state controller have been told the information just isn’t available because California’s 500 governmental agencies, departments and commissions pay some or all of their vendors directly.

“If the federal government opened its books, and 48 of 50 states opened their books, so can the great state of California,” wrote Adam Andrzejewski, founder and CEO of OpenTheBooks.com, which is largest publicly accessible private repository of government spending in the world.

Some states, such as Ohio, publish transactional information on the checkbook level because they have a consolidated financial system, according to The Data Coalition, a Washington, D.C., open data trade association, which put on the Open Data event.

California has been working to implement a central financial platform — one intended to streamline 2,500 legacy financial systems across more than 120 departments. Known as FI$Cal, the Financial Information System for California, will streamline budgeting, accounting, procurement and cash management.

But it is unclear whether California’s new financial platform will give lawmakers and others the type of detailed accounting of government spending they seek.

Once FI$Cal is fully implemented in 2018, the state plans to launch a new transparency website that would “allow interested parties to view important financial information for the state,” FI$Cal spokeswoman Lisa Gray told Techwire in an email.

“However, the project is still analyzing what information will be available through the transparency website,” Gray added.

Beyond financial data, Assemblymember Brian Maienschein, D-San Diego, told the gathering that government remains far behind the private sector when it comes to providing data online. If the public had access to government data, it might very well come up innovative ways for people to use government services.

“It’s still in this era of filing cabinets. It’s sad almost to see how data is collected and maintained,” Maienschein said. “There’s this huge opportunity, I think, by making this available to the public, it lets the public solve some of these problems.”