“ … The state’s latest results are painting a very positive picture of how rapidly public agencies migrated to the cloud over the past two fiscal years,” CDT said. “The statistics prove that public entities are realizing the benefits of cloud adoption, including security, efficiency, flexibility and cost.”
Jul 25, 2019 / By Dennis Noone 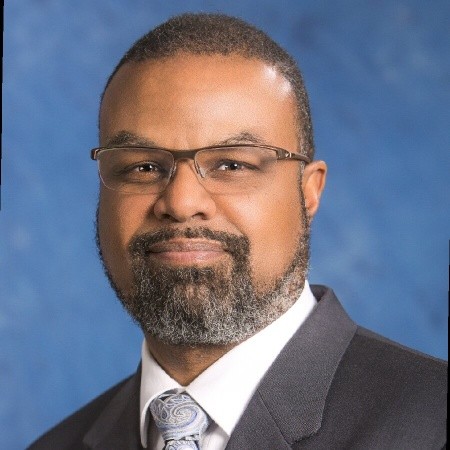 Update: The relationship among CDT, ODI and OET has been clarified.

State agencies are increasing their adoption of cloud services at an astronomical rate — and they’re not done yet.

The acting chief deputy director of the California Department of Technology (CDT), Richard Rogers, delivered the news Wednesday to a room full of IT industry representatives at the CDT’s Vendor Forum, an annual get-together that CDT uses to outline changes in procurement practices, relevant regulations and other changes the tech industry cares about. In all, according to CDT, about 150 people attended Wednesday’s session or viewed it via webinar.

In the past two years, public agencies have swarmed to CDT’s FedRAMP high services, a high-security threshold through which agencies can use Infrastructure as a Service (IaaS) and Platform as a Service (PaaS). In the past two fiscal years, Rogers said, the state has seen a 660 percent increase in the use of FedRamp High and Moderate IaaS and PaaS.

That’s keeping in line with the state’s declared “cloud first” preference for IT.

“We need cloud services more than ever today,” Panych said, citing the staggering amount of data that the state must safely process and store.

In addition to overall cloud adoption, state agencies have shown significant growth in two other key areas over the same biennium:

“ … The state’s latest results are painting a very positive picture of how rapidly public agencies migrated to the cloud over the past two fiscal years,” CDT said in a news release Thursday. “The statistics prove that public entities are realizing the benefits of cloud adoption, including security, efficiency, flexibility and cost.”

Amid the high adoption rate for state cloud services, there are bound to be some snags along the way with configuration or implementation. Rogers said IT leaders rely on users — state workers as well as industry — to help them identify and iron out bugs. He said CDT “wants to know customers’ experiences — the good and the bad — as well as challenges.”

Rogers also discussed CDT’s “playbook” for IT solutions, which he likened to the playbook that a football coach might use as a guide for which plays to run in which situations. In some cases. he noted, the right solution for a smaller, faster-resolved problem might be likened to a running play when it’s first and 10; in other cases, when the stakes may be higher, what’s called for is a touchdown play.

Rogers noted that he is serving in the role that had been filled until recently by state Deputy Chief Information Officer Chris Cruz, who was also the chief deputy director of CDT under state CIO Amy Tong. Cruz left CDT to take the CIO position with San Joaquin County. Rogers, who had been the state's chief technology officer (CTO), has been filling Cruz’s role since his departure.

Vendors also got a quick overview of recent organizational changes in CDT that have occurred since Gov. Gavin Newsom took office in January. What used to be CDT’s Office of Digital Innovation (ODI) has been rebranded as the Office of Enterprise Technology (OET), which is headed by Scott Gregory. The new ODI is an office under the Government Operations Agency (GovOps). OET remains in CDT and supports its role in providing foundational, statewide technology offerings that promote and enable innovation across government.

The idea is that OET will focus on standardized, shareable enterprise solutions, while the new ODI will continue to explore innovation and more “one-off” projects.