Jennifer Pahlka, who founded the group in 2009, will remain on Code for America's board and will advise the new executive director on matters of strategy and telling the group’s story.
May 24, 2019 / By Zack Quaintance 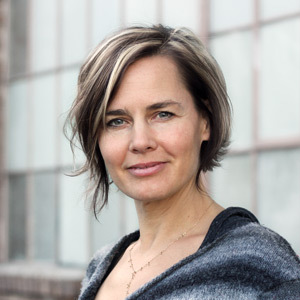 Code for America (CfA) is searching for a new executive director after the civic tech group’s founder, Jennifer Pahlka, announced last week that she would be transitioning to an advisory role.

As Pahlka notes in her announcement, the move comes as CfA becomes larger and increasingly complex. A nonprofit and nonpartisan group aimed at making government better through use of tech, CfA is growing in terms of both full-time staff and the thousands who participate in its network of brigades across the country.

“In both of these cases, and many others, these founders were able to find the right leadership to take the organization to the next level, while remaining in a position to do what they do best and get the most satisfaction from,” Pahlka wrote in the announcement.

For Pahlka, who founded the group in 2009, that role will involve staying with the group by remaining on its board and being on hand to advise the new executive director on matters of strategy and telling the group’s story.

The search for the new executive director will begin at the group’s annual summit this week in Oakland. They have not yet set an end date for the search, and Pahlka will be staying on as executive director until a replacement is secured. Looking head, Pahlka also notes that this will enable her to do more writing as she graduates from blogging to books.

As civic tech evolves, proliferates and becomes an increasingly vital part of governmental modernization, CfA has essentially been at the forefront of much of the work being done. One of its major areas of focus in recent years has been helping agencies use tech to make their social safety net programs more accessible to people who qualify for assistance. The most prominent of these efforts has been the group’s work with food assistance on the GetCalFresh program.

The group has also helped jurisdictions clear eligible criminal records in bulk — largely related to marijuana legalization laws — with Clear My Record, an automatic algorithm that saves government both time and money.

So, who is the group looking for to help guide its continued growth?

“A successful growth-stage leader who is passionate about our mission, holds our vision, and can effectively lead the business processes we need at scale is exactly what we need,” Pahlka wrote.