Sumi Smith, who had held those roles and also was a deputy director, has left the department, Techwire has learned. Andrea Hoffman of the California Department of Technology has been named interim CIO.
Apr 18, 2019 / By Dennis Noone 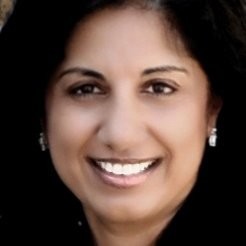 Sumi Smith, the chief information officer and deputy director of the California Department of Child Support Services (DCSS) for the last two years, is no longer in that role, Techwire has learned.

The department said it couldn’t comment or elaborate on the reason for Smith’s departure from her role, which also included that of chief information security officer.

Andrea Hoffman, who most recently has worked for the California Department of Technology (CDT), will serve as acting CIO of DCSS, said Dana Simas, DCSS’ director of communications.

“We haven’t begun the hiring process,” Simas told Techwire on Thursday. Simas said advertising and recruiting for the permanent position would begin soon.

The department’s director, David Kilgore, could not be reached for comment Thursday.

Smith’s career had been in the private sector until 2008, when she started with the state. She has worked for the California Public Employees Retirement System (CalPERS), the Employment Development Department (EDD), the California Department of Transportation (Caltrans) and DCSS.

Hoffman, the new interim CIO, started her career with the state in 2005, beginning with the Department of Water Resources. She joined CDT in January 2014 and has served as project director for the Department of Conservation’s Division of Oil, Gas and Geothermal Resources Well Statewide Tracking and Reporting Project. She has Career Executive Assignment (C.E.A.) credentials and has also been data processing manager for the IT Project Oversight Division. Hoffman also was project manager for State Technology Approval Reform (STAR), transforming the IT project approval process and driving new state policy for the Project Approval Lifecycle (PAL).