Chief Scott Howland will retire as the CHP's chief information officer at month's end. He shared with Techwire some of his perspectives about IT -- and some of the advice he's giving his successor, Chief Chris Childs.
Jun 15 / By Dennis Noone 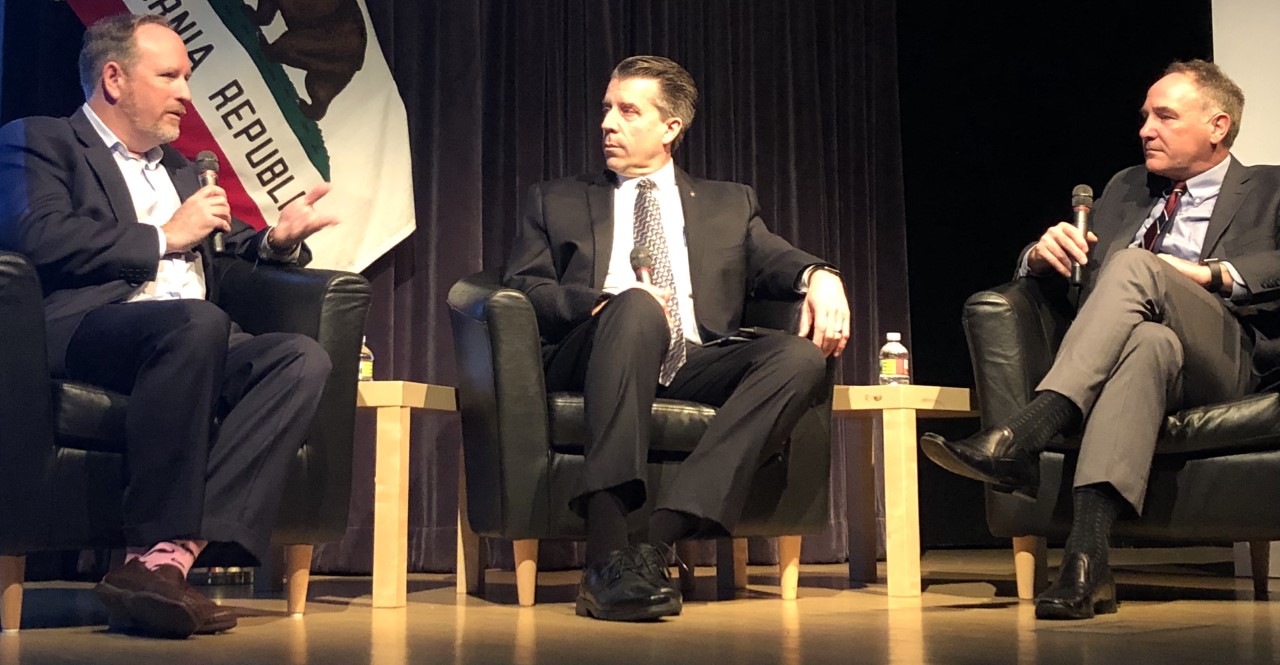 When Chief Chris Childs succeeds Chief Scott Howland at month’s end as the chief information officer for the California Highway Patrol, he’ll be assuming command of a division in the midst of a technological sea change.

One indicator of Childs’ future success, Howland said, may be a certain degree of anonymity.

“I would always say I want to be the division chief that no one knows – and I say that in a way that the technology works well,” Howland said in a recent interview with Techwire. “When everybody knows your name, sometimes it’s because things aren’t running as smoothly as they should.”

Those “things” that need to continue running smoothly, Howland said, include:

Childs himself has been busy of late. Before his new role was announced, he had to decline a Techwire interview request because he was leading a company of CHP officers who were defending the Capitol during protests.

That’s the sort of assignment that requires in-person presence – unlike the CHP’s technology division, most of which is working remotely. Howland, who’s been CIO for the last six of his 30 years with the CHP, sees telework not only as a convenience during the pandemic; he sees the move to telework as having lasting benefits that will help Childs in his new role.

“In the realm of IT,” Howland said, “at some point you’ve got to come to the office to take the new server out of the box, put it in the rack and hook it up. But then, a lot of the configuration, you can do remotely.”

He said one unexpected benefit from having IT workers teleworking is that it positions the state for a more successful recovery after a disaster.

“Telework really helps folks prepare for disaster recovery, because whether it’s a pandemic or a flood and you have to close an office, if you have everything available remotely, it really isn’t a big interruption. If you were reliant on having to be in the office at that file cabinet, closing that office is a huge interruption,” Howland said.

Looking ahead to the landscape his successor will face, Howland professes optimistic about the state’s momentum.

“In the short- to mid-term, I see telework set off a lot of processes that we’ll see extreme benefits from,” Howland said. “When you have digitized your process, it provides a lot more flexibility when it comes to interagency sharing, when it comes to better utilizing data, when to comes to really leveraging RPA (robotic process automation) or even intelligence, from that standpoint. Government has always struggled with paper. So as you look at digitizing workflows, you then have data that you can do a whole lot more with.”

Any other advice for Childs? Howland stresses relationship-building.

“I’ve already had the discussion with Chris about the importance of really building good, strong relationships,” Howland said. “Those relationships are across the state enterprise – the Cal CSIC (California Cyber Security Integration Center) group, the Department of Technology, our own California State Transportation Agency, the California Military Department, and the technology community.”

And one last thing Howland will advise Childs to keep in mind: People’s perceptions of him as CIO may vary, depending on how he’s dressed. When Howland spoke at industry conferences or testified before the Legislature, he’d wear a suit and tie. The rest of the time, he’d put on the uniform khakis with gun and badge in plain sight.

“There’s some folks that I’ve met while wearing a suit, and there’s some folks I’ve met while wearing the uniform,” Howland said. “And it’s always interesting to see the different perspectives, because some folks are a little hesitant around the uniform. It’s fun to see that relationship progress and mature, and to see those folks realize, ‘It’s Scott.’ It’s not necessarily ‘Chief Howland, with the badge and the gun.’ It’s just ‘Scott; he’s one of the CIOs.’”