San Diego’s $30 million Smart Streetlights project was initially introduced to the public in 2016 as a plan to upgrade LED lights to save money and energy. They included streetlight-mounted cameras and technologically advanced sensors with the ability to turn video images of cars and people into valuable data the city could use.
Sep 10, 2020 / By Tribune News Service 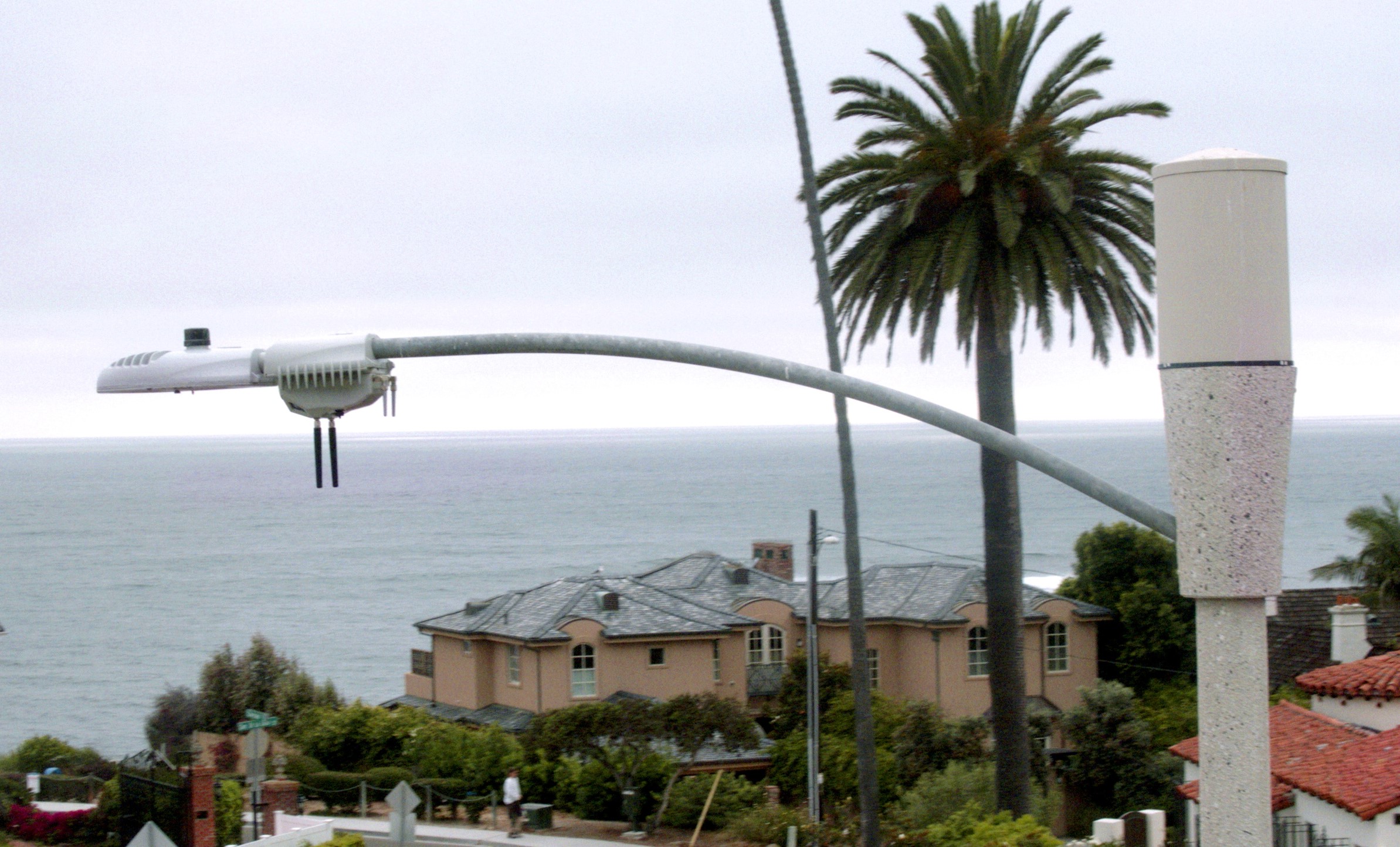 Mayor Kevin Faulconer on Wednesday ordered that the more than 3,000 cameras installed on streetlights throughout San Diego be turned off until the city crafts an ordinance to govern surveillance technology.

Mayoral spokesman Gustavo Portela said Faulconer made the call “following clear feedback” from council members and community leaders, who pressed to get a surveillance ordinance in place before the City Council considers using such technology.

The surprise announcement came days after the city floated a plan to hand over the camera management and access exclusively to police — a plan that drew immediate pushback from some for its lack of public oversight. The city hit the brakes on that plan hours before Faulconer’s decision was announced — also a surprise.

Pulling the plug on the cameras is the latest turn in the short but twisty history of San Diego’s $30 million Smart Streetlights. The project was initially introduced to the public in 2016 as a plan to upgrade LED lights to save money and energy.

But the Smart Streetlights were more than lights. They included streetlight-mounted cameras and technologically advanced sensors with the ability to turn video images of cars and people into valuable data the city could use — thus the “smart” in Smart Streetlights.

The data was collected, but the imagined uses never materialized. However, while it was not part of the initial plan, police later began to review the raw camera footage to help solve serious or violent crime.

Then last year, people realized there were cameras in the streetlights. Controversy erupted. Activists raised fears of potential surveillance and civil rights abuses, and over-policing in communities of color, and they wanted the cameras off until the city established methods for transparency, oversight and accountability.

The city has been working to craft surveillance oversight ordinances for several months. It is not clear when one might be ready.

The decision to stop using the cameras also comes as San Diego and Ubicquia, the company that owns the technology behind the special sensors, try to hammer out a new contract.

The city has not collected mobility or environmental data from the Smart Streetlights for months. Ubicquia turned the sensors off when the contract ended in June, but it did agree to keep the cameras rolling so police could access footage if needed.

Last week, the city pitched a plan: The data-collection costs outweighed the benefits, so maybe the sensors should stay off, and the camera management could be handed over to the city’s Police Department.

The cameras were useful to police, who accessed the raw footage at least 400 times in the last two years. They hailed the cameras as a game-changer, and said the images helped to identify the suspected gunman who shot three employees last year, killing one.

One police official said last week that the cameras are such an important asset, the department was willing to absorb the $7 million cost to run them for the next four years.

But when the plan was made public, activists called it “tone deaf,” especially as it comes as the protests alleging police bias and racial injustice roil the region and the country.