CfA's board chair, John Lilly, said that over the last 25 years, Renteria has "risen to the highest levels of government and politics. She will be a game-changer for Code for America.”
May 4 / By Zack Quaintance 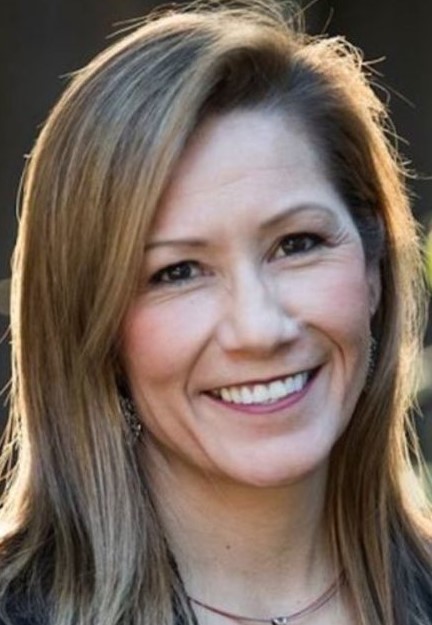 Code for America has appointed as its next chief executive officer, Amanda Renteria, a veteran of U.S. government and politics who has two decades of varied experience in the public service arena.

Renteria will take over leadership of the nonpartisan and nonprofit national civic tech group immediately, Code for America (CfA) announced Friday. Board Chair John Lilly issued a statement praising Renteria and describing her as “a trailblazer, who has opened doors for women, the Latinx community and people of color. Over the last 25 years, she’s risen to the highest levels of government and politics. She will be a game-changer for Code for America.”

Renteria, a native of California’s Central Valley region, has a long resume that includes having been chief of operations for the California Department of Justice, an economic policy adviser for Sen. Dianne Feinstein, D-California, and the first Latina chief of staff in the U.S. Senate while working for Sen. Debbie Stabenow, D-Michigan. Renteria has local government experience too, having worked early in her career as a budget analyst for the city of San Jose. Perhaps most prominently, in 2016 Renteria was the national political director for Hillary Clinton’s presidential campaign.

Renteria, who waged an unsuccessful campaign for governor of California in 2018, has also served as chairwoman and interim president of Emerge America, a nonprofit group that works to recruit, train and support Democratic women running for elected office.

Renteria succeeds CfA leader Jennifer Pahlka, the group’s founder and executive director, who stepped down Jan. 31. Pahlka, who is still a member of CfA’s board and a vocal proponent of the group and the American civic tech community, had held her position since CfA’s inception in 2009. Pahlka first announced her intention to step away in May 2019, describing the decision as one in the lineage of growing tech companies in which founders step aside to bring in leadership that can take increasingly complex organizations to new levels. For the past three months, Zeryn Sarpangal and Lou Moore have served as interim co-CEOs of the organization.

In a recent phone conversation with Government Technology,* Renteria shared her views on the importance of CfA — with an emphasis on what can be learned from the current COVID-19 crisis — as well as her vision for the group’s future.

Renteria described CfA’s accomplishments over the past decade as “incredibly remarkable,” noting that the group had done meaningful work aimed at building technology into government in ways that both reached and benefited people, particularly members of vulnerable communities.

In many ways, a crisis such as the COVID-19 outbreak emphasizes the importance of digital service delivery for government, Renteria said, with everyone forced to shelter at home and unable to visit government buildings in person. During this time, CfA has seen demand increase for its GetCalFresh food benefits assistance work. It has also seen its staffers and members of volunteer brigades in high demand at the community level working on projects including a PPE website for San Jose.

She also praised the Code for America Brigade Network as vital to the future of the work.

“The Brigade Network is one of the things that makes Code for America so special,” Renteria said. “They’re spread out across the country; they’re the eyes and ears of what’s happening on the ground in our neighborhoods; and, they bring the energy to this movement.”

As for her vision for the future, Renteria spoke of continuing to focus on human-centered design in CfA’s tech work that puts the needs of end users at the center of all they create. She said her background as a daughter of former farmworkers in the small town of Woodlake has given her a special understanding of how important it is to include all groups in government innovations.