When it comes to standing up IT systems, collaboration is the name of the game. Whether a partnership will result in a system being up and running in under 18 months or a disaster recovery effort, partnerships make it possible.
Feb 28, 2018 / By Kayla Nick-Kearney 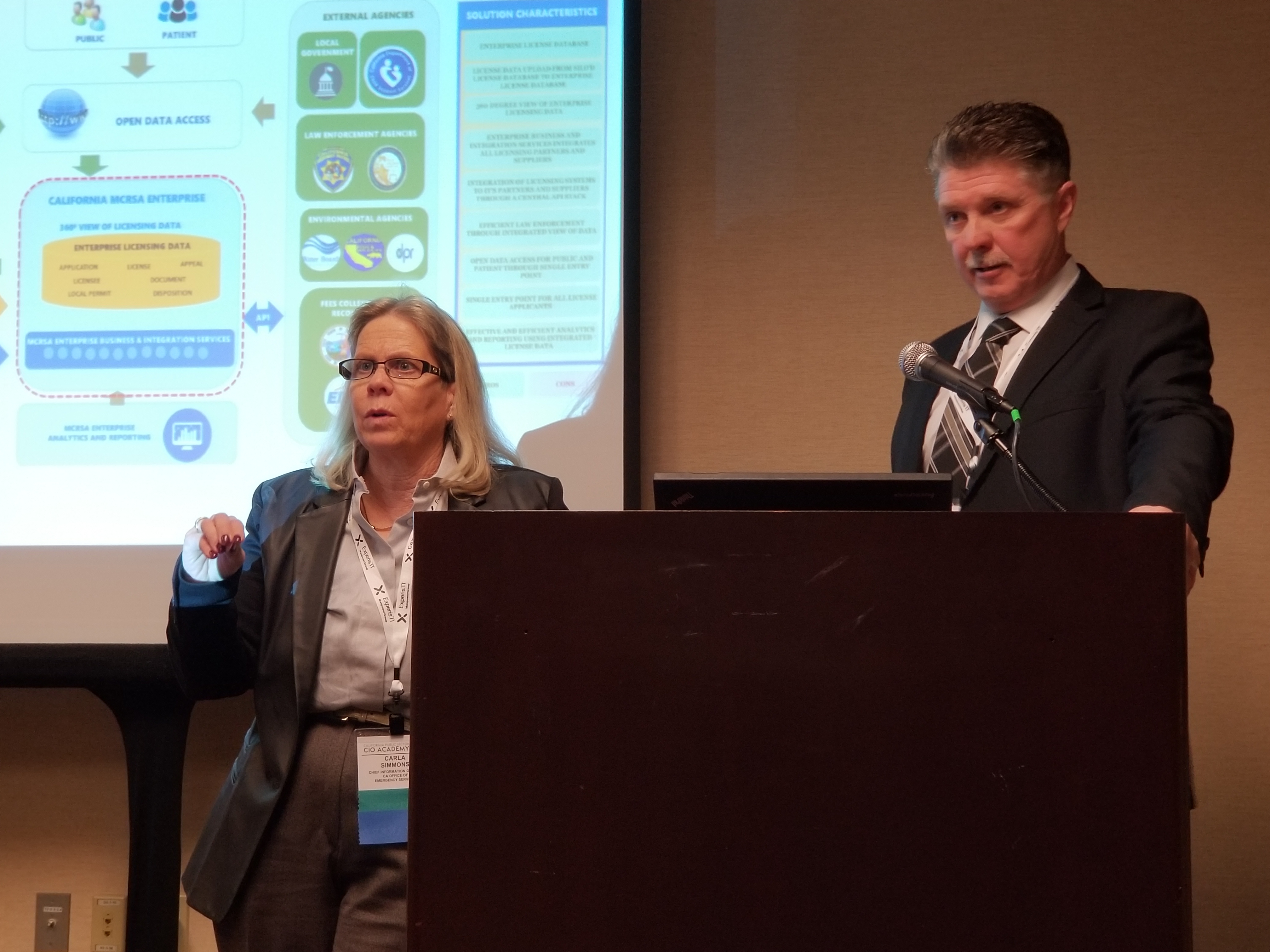 When it comes to standing up IT systems, collaboration is the name of the game. Whether a partnership will result in a system being up and running in under 18 months or a disaster recovery effort, partnerships make it possible.
“You have two weeks to lease a building, somewhere in Sacramento, and make it habitable and workable for 300 to 500 people. Where would you start?” Carla Simmons, CIO of the Governor’s Office of Emergency Services, said Tuesday at the 2018 CIO Academy. “Well, it’s interesting how it all happens. It happens through partnerships.”
The office stands up a working, minimally viable system within as little as 10 working days. Often the buildings that are leased do not include wiring throughout, a circuit to allow Internet services, or furniture.
“How long does it take to get a working circuit in the state of California with AT&T or Verizon or one of the major providers? Guess what, just because we’re Emergency Services doesn’t mean we get them any quicker,” Simmons said. “So there’s a problem: How are you going to provide computing services for 300 to 500 people without a circuit?”
While OES uses mobile offices and vendor partnerships, it leans heavily on other departments, especially for staffing. State employees can be called upon to support the effort at any time.
Similarly, departments can be called upon to work together at any time.
State CIO Amy Tong, for example, served as the executive sponsor of the business architecture effort to create a regulated system for recreational cannabis.
“You couldn’t get any more cross-collaboration than standing up cannabis for the state,” said Ben Word, chief enterprise architect for the California Department of Technology.
Stakeholders and vendors made the 18-month effort to create a “seed-to-sale” system.
Each time Word’s team felt they had mapped out the tactical steps for each part of the system, stakeholders were asked to share feedback. This included water boards, the Department of Fish and Wildlife, counties and cities, along with several other state agencies.
While the licensing system is for now issuing only temporary licenses, it is the product of Word’s team’s effort to “promote public health and safety, protect and restore the environment and maximize market and economy potential.”
“Those were our goals, and whoever we were able to bring in through the war room experience, our stakeholders, fit somewhere,” Word said.
Having goals outlined from those three areas and concentrating on the user experience allowed the team to make decisions despite regulations that were still developing. It also exposed concerns from the industry side that the government would not have known to include, like transportation security and ways to standardize what driving under the influence means.
The team was able to outline tactical steps “from the stakeholders’ perspective, not my own as the state trying to regulate,” Word said.
By Kayla Nick-Kearney
Kayla Nick-Kearney was a staff writer for Techwire from March 2017 through January 2019.