Commentary: From Cold Contact to Signed Contract, 'There's a Crisis in Our Sector'

"My role as Chief Digital Services Officer for the City and County of San Francisco was familiar territory, but differences became apparent early on. In fact, I had to fundamentally reassess things I thought I was sure of. I questioned the nature of my own reality, and found new perspectives."
Sep 25, 2019 / By Carrie Bishop 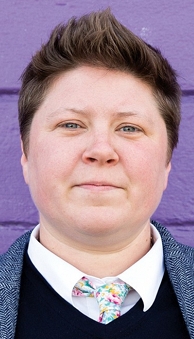 This commentary, by San Francisco's Chief Digital Services Officer Carrie Bishop, was reprinted from The Service Gazette on Medium.com. It was edited only lightly for style.

So too, my role as Chief Digital Services Officer for the City and County of San Francisco was familiar territory, but differences became apparent early on. In fact, I had to fundamentally reassess things I thought I was sure of. I questioned the nature of my own reality, and found new perspectives. Four themes are now central to my approach:

1. Having a website isn’t everything; not having one is
We often hear the cry that “Digital Services” aren’t about websites. The worst thing a digital services team could become is a glorified web team, or so goes the received wisdom. I thought this too, and when I arrived from the UK, with ideas about the future of public services, I was dismissive. In meetings, people would listen patiently while I talked about organization design and rethinking service delivery models. Then they would ask, “Yes, but have you seen our website?”

I would sigh internally and explain that it’s about so much more than websites; it’s about capabilities and new ways of working, user-centricity, agile, service design, leadership, blah blah blah. “Yes, but have you actually seen it?” I had. It was an abomination. A mish-mash of interfaces, navigation systems, and oh, the carousels. It turns out that it was actually a Frankenstein of more than 200 “micro” websites, stitched together in ways that were entirely unintuitive.

Gradually it dawned on me: You must have a basic functioning website before you can contemplate anything more ambitious for your organization.

A single website for government was the basis of the vision of the UK’s Government Digital Service (GDS) nine years ago, and for many organizations that vision is still as relevant today. Residents must have a clear, easy place to go to access government. If services continue to perpetuate as “portals” or separate entities, the confusion continues, however well they are designed.

So I swallowed my pride, and my exceptional team has spent the last year making a new website for the city. It’s service-driven and user-centered. We have a long way to go before we can shut down the old site completely, but the reaction from San Franciscans and city staff has been positive. We are solving a problem that everyone agrees is a problem, and we’re showing, not telling.

2. Internal digital services teams are essential
Looking at the woeful state of government technology, it’s clear there is a crisis in our sector. The struggle of legacy technology is real, and the market is ripe for disruptors, but the lead times, the slow pace of change in the sector, and the age-old problem of procurement all make it a bleak market for new entrants.

The systems are rotting from the inside. Their molasses code, their disintegrating interfaces, and their putrifying business models are at the core of government service delivery, but they persist because they are so entrenched. In theory, it would be easy for a company to breeze through and disrupt the incumbents. The hard part is the change.

The true challenge is the time it takes to procure from cold contact to signed contract, and convincing people to go with an unknown entity instead of an entrenched inevitability. The hard work is helping cities imagine services that are designed around the people that use them, instead of department silos. Based on my experience as a vendor in this market, I’d say that this process takes about two years from start to finish with just one city client.

The most viable option for governments is to build internal teams who can absorb the impact of this hostile environment. Expecting new vendors to have enough financial backing and mature enough products is too big of an ask. I have realized that there are some things only government teams can do. Only an internal team can build for the most complex use cases and the edge-cases, as well as the mainstream. Vendors and even nonprofits, especially new entrants to the market, are just not financially able to do this hard work, but this is exactly what government should be focused on.

3. Forget everything you think you know about change management
I began my career in UK local government, which is hierarchical and centralized. On the whole, strategy is set at a senior level and cascades down. GDS found this top-down change approach was essential to its success. It is a change management dream, with ministerial buy-in, huge budget, teeth to block any bad IT projects, and power to determine the digital agenda in government. Estonia’s digital transformation was driven top-down by a prime minister who was formerly an engineer. Emerging from a post-Soviet era, Estonia had the opportunity to hit the reset button with limited legacy. Another exemplar nation, Singapore’s leadership is characterized by tight central control.

I came to this job thinking the only way to make change happen was through an extreme top-down mandate to set the digital agenda. But America — or San Francisco, at least — isn’t like that. Every department has its own charter, and some of them really struggle to align — this is a feature, not a bug. The inevitable inefficiencies are expected and tolerated as a necessary trade-off for the preferred checks and balances that a more networked organization bring.

It makes change slow, but arguably more sustainable — if you’ve managed to build relationships across 50 departments without resorting to the violence of pulling rank, you stand a chance of making change that outlasts the turnover of leadership. The work we do to improve government needs longevity. It is not a tour of duty or a charity effort, it’s a career’s work, which relies on continually showing up for government, and at times making your peace with incremental change.

This has never been more true than in federated organizations that are the sum of their networks, relationships and shared histories. The approach to change must be more nuanced, patient, and humble. It’s something I didn’t understand before, and must work on every day.

4. Re-evaluating points of friction
The profession of Service Design is at its most mature in the UK and the rest of Europe. Government dominates the space, but service design is also well understood in the corporate world, especially regulated industries like banking and airlines. It helps us navigate complexity and eliminate points of friction. Innovation in payments and shared data protocols mean things like contactless payment can make getting lunch an almost frictionless experience.

When in London, I would float into Pret, select one of a limited range of sandwiches, and tap my payment card before gliding out. I barely had to speak to a human and I liked it that way. Back at my desk I would pick out the olives from my sandwich because they are disgusting (don’t @ me).

Imagine my reaction when I settled into life in San Francisco only to realize that if I want a sandwich, I must stand in line at a deli. There, I will absorb a long and complex menu (several choices of cheese, roasted meats, and the obligatory olives). Then, I must speak my sandwich order to a total stranger and tell them that I don’t like olives. To many British readers, this will be anxiety-inducing. Slow service and needless human interaction — the ideal candidate for service design, or so I thought.

It took time for me to learn that I had it all wrong. It isn’t friction; it’s getting what you want. In Britain, I was so delighted not to have to speak to a human that I would suffer the fact that the actual product I paid for did not meet my needs because it was riddled with olives.

The U.S. is the home of saying what you need and expecting to get it. Time spent talking to a human so that you get the exact service you need is often considered time well spent. This principle applies to most complex local services. The goal should not be to eliminate human interaction, it should be to actively facilitate it. It’s less isolating, more connected, and more likely to result in a higher quality outcome when humans are involved.

Moving to the U.S. has been an adjustment personally and professionally. I continue to learn and adapt my long-held assumptions about service design and find new ways to enact change in local government. Maybe it’s about websites, internal teams, and networked change management. Or ultimately, maybe it all comes down to how you like to get a sandwich.

Before her appointment two years ago as San Francisco's chief digital services officer, Carrie Bishop was previously a director at FutureGov in the UK, and started her career at the London Borough of Barnet.

By Carrie Bishop
Carrie Bishop, a UK native, worked in technology there before coming to the U.S. two years ago and accepting the position of Chief Digital Services Officer for the city/county of San Francisco. Bishop blogs on The Service Gazette on Medium.com.