For the past three decades, Internet service providers, and their predecessors, phone companies, have successfully waged a war to deregulate their industry. Regulation, they argue, will stifle innovation. That may have been true 30 years ago. But now, the only innovation we see is ISPs coming up with new ways to charge you more while delivering less.
Jan 22 / By CalMatters 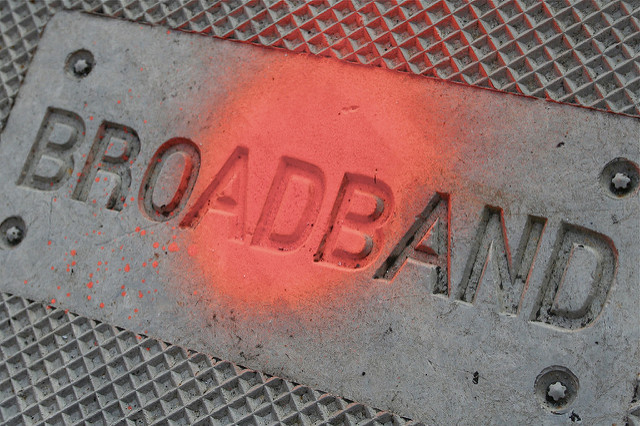 It was a bad decision that, mercifully, came to an end Jan. 1 when this ill-conceived law sunsetted. The California Public Utilities Commission’s (PUC) power to protect consumers has been restored.

Let’s be honest: Communities of color suffer the most harm from un- or under-regulated industries. We could list examples all day, but here are a few:

For the past three decades, Internet service providers, and their predecessors, phone companies, have successfully waged a war to deregulate their industry.

Regulation, they argue, will stifle innovation. That may have been true 30 years ago. But now, the only innovation we see is ISPs coming up with new ways to charge you more while delivering less, even as they find new ways to discriminate against people of color.

That’s why we, as advocates for communities of color, joined with other consumer advocates in opposing the deregulation push.

But legislators have generally bought the providers’ argument hook, line and sinker.

California’s Legislature may be a leader in environmental justice and clean energy, but it has repeatedly done the bidding of Internet service providers, which in 2012 persuaded lawmakers to essentially deregulate broadband services until 2020 — all in the name of “innovation.”

Over the past seven years, Internet service providers have come up with quite a few “innovations”:

So it’s no surprise that ISPs are consistently rated the worst companies in America — worse than airlines, banks and insurance companies.

The good news is that Californians are tired of this behavior and sent a clear message to legislators: Stop doing the ISPs’ bidding. This time, the Legislature listened, and we stopped an industry-sponsored bill that would have extended the deregulation of Internet services permanently.

Now, the California Public Utilities Commission has regained its authority to enforce service quality standards, require that Internet service functions during power outages, and ensure that every household has access to high-speed, robust and affordable Internet service.

California needs to hold ISPs accountable, because the Federal Communications Commission — the federal agency that is supposed to regulate them — is being run by a chairman bent on eliminating every consumer protection he can get his hands on.

With the California commission’s authority restored, it can finally take actions critical to California’s consumers.

For years, providers have refused to provide detailed pricing data to the commission. Now, the commission has the power to force them to do so and to protect consumers from being gouged.

Similarly, the commission can enforce California’s new law on net neutrality, which is the principle that Internet service providers should enable access to all content and applications regardless of the source, and without favoring or blocking particular products or websites.

Maybe most urgently, the PUC can address how the companies ensure that Internet services, including Internet-based phone services, work during natural disasters.

While broadband providers claimed that they were prepared for Pacific Gas & Electric’s recent Northern California power shutoffs, those claims were wrong. Many households that lost power also lost their broadband and phone service. The commission can now take swift action to require that broadband providers have sufficient backup power to keep services running for at least 72 hours.

Public safety is at stake. When you dial 911, should you need to worry about what type of technology you are using? No. You just want to know that you can reach someone on the other end when there’s an emergency.

We’ll see them back in Sacramento, making their same, shopworn, baseless claims that they need to operate free of regulation. We need to maintain pressure on legislators to ensure that all Californians — not just ISP shareholders — benefit from everything that a free, open and affordable Internet has to offer.

Debra Gore-Mann is president and chief executive officer of The Greenlining Institute, and Paul Goodman is Technology Equity Director. They wrote this commentary for CalMatters.