“Asking the major service providers to step up has failed, and California, as the fifth-largest economy in the world, should not have to run around, tin cup in hand, begging for broadband.”
Sep 15 / By CalMatters 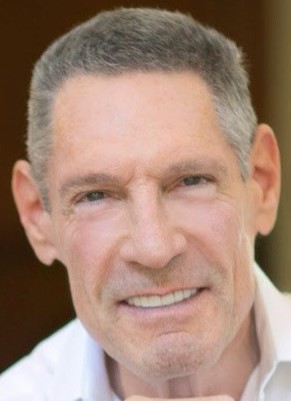 This commentary first appeared on CalMatters.

As COVID-19 continues to disrupt every aspect of our lives, leaders in California and around the country are sounding the alarm about a problem that is not new, but that the pandemic has made worse. There is a digital divide that is leaving many people, particularly minority and low-income earners, without broadband access.

The Public Policy Institute of California reports that 27% of the state’s schoolchildren lack the necessary broadband to attend school remotely. Even worse, 16% of these students have no Internet connection at all. Among low-income, rural and minority households, nearly half are without the needed service, and lack of affordability is a primary reason.

Campaigning for the presidency in 1932, Franklin Roosevelt said: “Electricity is no longer a luxury; it is a necessity.” Indeed, the same is now true for broadband.

The Internet has made it possible for many people to work safely from their own homes. For those without work, it is now the most relied on source for job information. For our nation’s more than 76 million students now required to undertake remote learning, it is essential. For the rest of us, we use it to make purchases, access information, obtain remote health care, and stay connected to our friends and family.

Now is the time to meet this challenge. Asking the major service providers to step up has failed, and California, as the fifth-largest economy in the world, should not have to run around, tin cup in hand, begging for broadband.

Recently, Los Angeles Unified School District Superintendent Austin Beutner suggested a tax on the “Haves” to pay for the “Have Nots.” So, if you happened to hear the gleeful celebration and the tinkling of champagne glasses, that was the internet providers celebrating what they anticipate could be an unprecedented windfall.

But there is another way. The state should issue a Request for Proposal (RFP) to provide high-speed Internet to every person in the state of California.

While a limited number of Internet service providers appear to compete, they are allied in their desire to maximize profits.

The RFP process is a reverse auction where the lowest bid wins. Each provider is then positioned at the intersection of greed and fear. The greed is that they stand to profit mightily even at a substantially lower price by selling an enormous volume. The fear, of course, is being left out.

The advantages are obvious: No new taxes. Government is not telling households what they can or cannot do. And it would be a model for a true public-private partnership to meet a critical statewide need.

Importantly, everyone would have the choice to access low-cost, high-speed Internet. No one would be forced to give up their present provider or move to another one.

Because the winner of the RFP would have unprecedented access into so many homes, the winner could opt to provide broadband service as a loss leader just to have their foot in the door for valuable phone, television and other services that are often bundled.

Finally, this RFP will also be an RFI: a Request For Innovation. It’s a trumpet call to our socially conscious inventors, innovators and entrepreneurs who have shown that one can do well while doing good, to shake things up, and to jump into the game.

Now is the time to set aside low expectations and for our government in Sacramento to boldly move forward with all deliberate speed.

These ideas and others will be presented Thursday at a public forum, Connecting California: Solving the Digital Divide, hosted by Michelson 20MM and the Office of Gov. Gavin Newsom.

Dr. Gary K. Michelson is founder and co-chair of the Michelson 20MM Foundation, a private foundation devoted to open educational resources and bridging the digital divide. He may be reached at gkmea@karlinfund.com.