Free maps of physical curb assets such as signs, paint lines and fire hydrants are available for neighborhoods in six cities, with more to come. Coord wants this to be a resource for urban planners and others.
Apr 4, 2019 / By Andrew Westrope 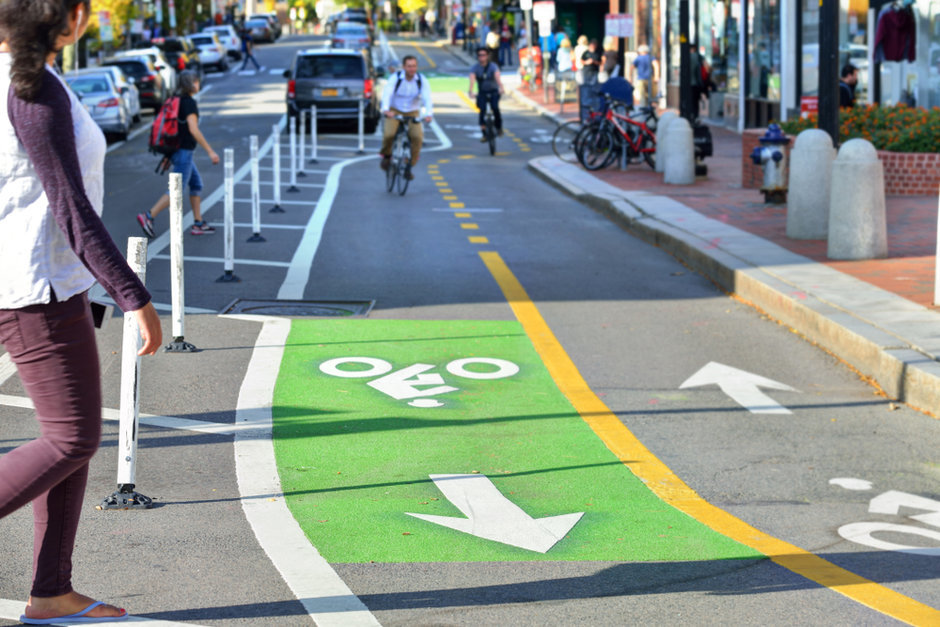 In six cities since 2017, mobility data startup Coord has been amassing data on curb assets such as signs and fire hydrants through its mobile app. That data has now been analyzed and made available to the public in a free open-data initiative called Open Curbs, announced this week.

Accessible on the company’s website, Open Curbs lists data sets about physical features in various neighborhoods of Los Angeles, San Francisco, Santa Monica, Denver, Paris and Milan. With the exception of Los Angeles and San Francisco, which were surveyed by Coord, much of this data comes from users of Coord's Surveyor, an augmented-reality app that debuted in November and allows surveyors to make a record of physical assets by walking down a sidewalk and taking pictures. Whether these records are later published in Open Curbs is up to the user.

Coord co-founder and CEO Stephen Smyth told Government Technology that the company extrapolates sign text and other information from those photos and recordings to map curb rules and regulation data, which are available through Coord’s other product, Curbs API, typically for fleet operators. Curbs API currently supports San Francisco, Los Angeles, Seattle and New York, with work on San Diego and other US cities underway. Smyth hopes to add top-20 metro areas across America to the platform by the end of 2019.

In a blog post, Smyth said Open Curbs — which strictly maps physical assets, but includes photos of parking signs with more information — is intended for city agencies, engineering firms, mobility providers, community groups and anyone else who might want to maintain or design solutions for those spaces.

It’s also about trying to create a standardized model for curb data and mapping, which can vary widely in format and function from one city to another.

“We want to basically put forward our point of view for how to represent curb asset data and also to have others offer their contributions as well, and really create critical mass around this thing called ‘curb data,’ which has so far been generally non-existent, and where it does exist, non-standardized, so it’s very difficult to work with,” Smyth said. “We certainly are interested in integrating with industry standard mapping tools, because that’s how a lot of city agencies and engineering firms communicate.”

Although Coord promotes its curb asset data as useful for urban planning, Smyth granted that it would be more useful if combined with curb use data — who’s using the curb, when and for what. Ideally, cities need both data sets to decide how to change their parking spaces, bike lanes and so forth. But Smyth said Coord is focused on the “supply” side of the mobility issue for now, meaning fixed assets and infrastructure, with “demand” from moving assets, meaning vehicles, to be studied later.

But they’re working on it.

“When it comes to building out a digital platform like this, you generally need to start with the supply before you can layer on the demand,” he said. “We already have a feature that supports what are called utilization studies, in the parking world. These are studies that are not only counting the number of vehicles along a curb at a given time, and they do multiple passes over hours and days to basically get a sense of the demand along the curb, but our technology also enables recognition technology to uniquely identify a vehicle, to see how a given vehicle uses a curb over time.”

For an example of a city already using this sort of information to address traffic problems at scale, Smyth pointed to Seattle, which conducts a utilization study of all of its metered parking every spring, then updates meter prices in the fall to motivate specific occupancy rates in busy lots.