When complete, the initiative will unify more than a score of now separate IT systems, many of which are aging and don't communicate well.
Sep 27, 2019 / By Theo Douglas 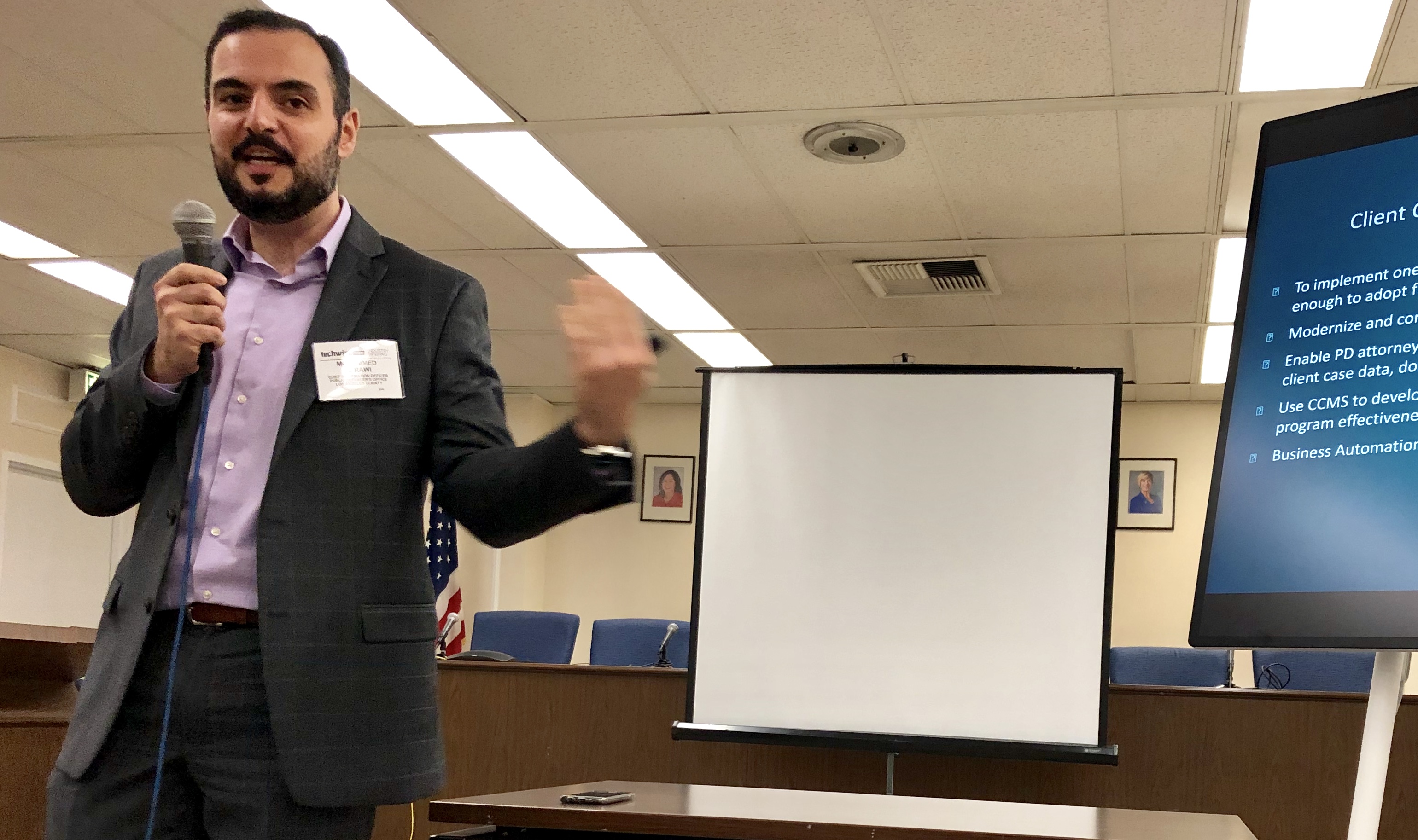 Officials at the world’s first office of the public defender continue a technological modernization that’s well underway and expected to replace more than a score of legacy systems next year.

The Los Angeles County Public Defender, which named its inaugural Chief Information Officer Mohammed Al Rawi in March, plans to modernize and integrate 23 legacy systems including the 1960s-era Trial Court Information System (TCIS), a mainframe that uses COBOL. The process is well underway, with a go-live target date of summer of 2020, Al Rawi told more than 80 attendees on Thursday at the Techwire Industry Briefing with Los Angeles County. Among the takeaways:

• The Public Defender’s Office, Al Rawi said, faces a “daunting task,” serving 700 attorneys who handle 500,000 cases annually — with an average caseload of 50 to 100 cases. Guided by legislation and directives, his agency — home to around 1,200 employees including 34 in IT — has evolved its process from criminal defense to 360-degree services and “holistic care” that frequently links in social workers and other county departments.

Siloed legacy systems that don’t communicate complicate that process, the CIO said — but his agency is well along with a $24 million Client Case Management System based on Salesforce, but with Salesforce entitlements that include Drawloop and LinkPoint 360. Development, by Boston-based Publicis Sapient, is more than 70 percent complete, Al Rawi said.

• The system will also use Luminix to offer access online and offline, enabling attorneys to sync all their cases and work without Internet if, for example, they’re sent to a detention facility with no connection. The biggest challenge, however, is people, not technology, Al Rawi told Techwire in an interview, describing attorneys during his remarks as “professional skeptics.”

• Unifying the many disparate systems attorneys now use should free up considerable work hours they now use to navigate solutions like external DVD drives, which aren’t in modern use. A pilot with California State University Los Angeles will utilize the skills of Redwood City-based cloud content management platform Box and of Microsoft Cognitive Services to aggregate and index digital evidence including closed-circuit television and body-worn camera footage, 911 calls and other video footage. The initiative will transcribe videos; create an “index of faces” that takes viewers to where they appear in footage; and use Natural Language Processing (NLP) to identify topics covered, Al Rawi said. The contract with Box is valued around $1 million.

“Anything that you have that could help automate and lift some of those manual processes, please reach out to me,” Al Rawi told the audience.