Chris Cruz, a Folsom resident, is a familiar name to those in the California gov tech sector. Before starting his role in San Joaquin County in April 2019, Cruz had spent the bulk of his career in top leadership roles in state government including, most recently, as deputy state CIO and chief deputy director of the California Department of Technology.
Mar 31 / By Dennis Noone 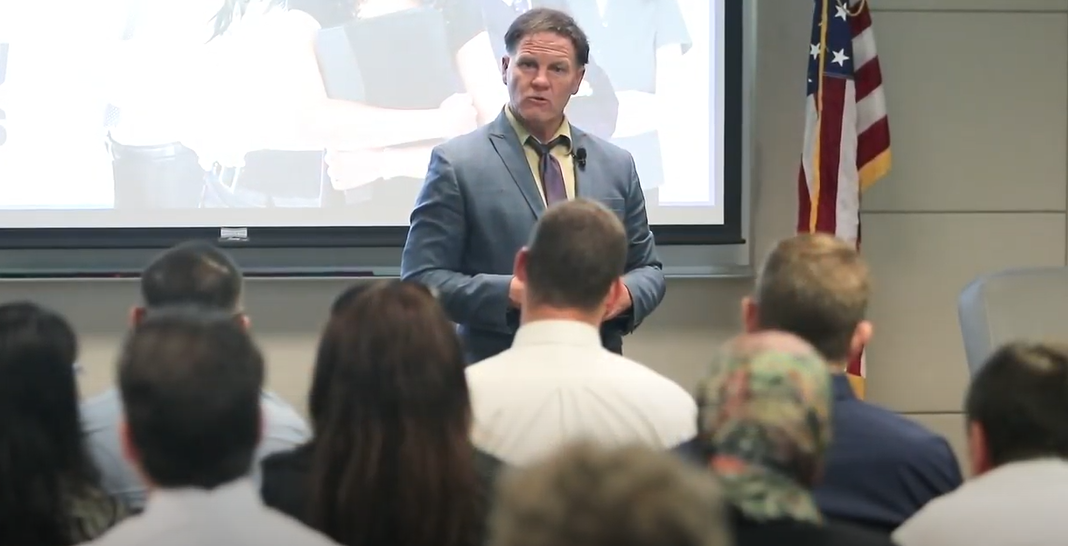 Chris Cruz was a frequent speaker at tech conferences as well as the state’s various technology academies.

After two years as San Joaquin County’s chief information officer and IT director, Chris Cruz is retiring from government. His last day will be April 26.

“I have been a passionate civil servant for almost 30 years and will always be grateful for the opportunity bestowed upon me to better serve the constituents of this great state,” Cruz told Techwire. “I did my absolute best to leave government in a better position than I found it.”

Cruz’s tenure with San Joaquin County will end in April, after which he will enter the private sector. Details about his new position will be forthcoming in Techwire.

While in San Joaquin County, Cruz led the county’s digital services and innovation efforts and created some key initiatives:

While with the state, Cruz was recognized along the way by his peers in and out of government. The National Association of State Chief Information Officers (NASCIO) gave him the 2018 State Technology Innovator of the Year award, and in 2015, he was named one of the Top 25 Doers, Dreamers and Drivers by Government Technology, Techwire’s sister publication. Cruz was a recipient of the 2013 Best of California Demonstrated Leadership in Management of Information Technology Award, the 2011 Outstanding CIO Leader Award, the 2010 Innovation and Vision Award and the 2009 Outstanding CIO Leader Award given by the Center for Digital Government*.

“The relationships that I made will last a lifetime, and for that I will ever be thankful,” Cruz told Techwire. “Throughout my career, I worked with some of the most dedicated public servants, and I want to thank them for buying into my leadership style and executing at the highest levels of government.”

Cruz is well-known in the public and private sectors, having been a regular guest speaker at numerous technology conferences including the California Public Sector CIO Academy. When Cruz left CDT, his peers put together a farewell video montage.

Among Cruz’s accomplishments while deputy state CIO was shepherding a three-year, $10.5 million contract with the city of Los Angeles for the state to provide data center services, taking over all the applications that the city had been running on its 30-year-old legacy mainframe. That was in addition to numerous contracts CDT has for those services with multiple counties and municipalities in California.

As he wraps up his term in San Joaquin, Cruz reflected on his time in government: “I have no regrets, and, as they say, ‘I left it all on the playing field.’”

*The Center for Digital Government, Techwire and Government Technology are all part of e.Republic.