Through a variety of social media and online channels, a group from across the public and private sectors of IT is collaborating online and building momentum as it goes, with the goal of improving government starting with the DMV.
Jun 13, 2019 / By Dennis Noone 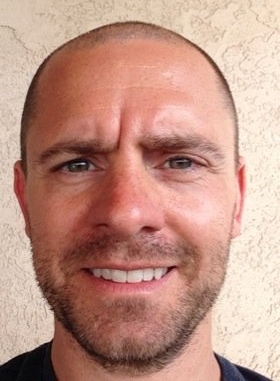 A relatively new initiative to spark civic engagement in fixing the beleaguered California Department of Motor Vehicles is gaining momentum — and cropping up more commonly across social media and other outlets.

Luke Fretwell, a tech entrepreneur whose focus is civic engagement in improving digital government, has been busily working social media in the past few months, with the focus being to help the DMV resolve its problems with technology and culture. That includes periodic columns published in Techwire.

Fretwell is busy in the tech industry: He’s the founder and CEO of ProudCity.com, a digital government platform that strives to make it “easy and cost-effective to launch and manage all aspects of digital government operations, including websites, meetings, online forms and payments, and a growing list of third-party civic and enterprise applications.”

He also regularly writes on Medium.com, and now he and others are spreading the word through a variety of channels, including civicdmv.org, LinkedIn, Slack.com, Twitter and GitHub.com. He’s looking for collaboration and involvement among those who work in various aspects of IT with an eye toward improving the DMV, which has been plagued by old technology and what a state audit called a “reactive culture” among employees.

Fretwell’s grassroots approach has already attracted a following. In his Slack channel, he has already drawn members who work in state government procurement, oversight and IT, along with others in private industry.

“It’s pretty powerful when you can stand up something and start getting people engaged,” Fretwell told Techwire in a phone interview Thursday. “We’re creating a rapport and collaborating.”

And his efforts are being noticed by those in a position to effect some of the changes and approaches he’s been developing, advocating and championing.

“We’re talking with the state,” he acknowledged. That’s important because the state Government Operations Agency (GovOps) has a DMV Strike Team, headed by Secretary Marybel Batjer, that’s been focused since January on fixing the problems at the DMV.

“I stress that we’re an open civic organization,” he said, which is evidenced by a reliance on open source development, collaboration, an online sandbox for developers, and an affinity for Code for America’s model of tech engagement.

In the CivicDMV room on Slack, for example, “We’ve got people who are chatting and still maintaining the operational stuff. We’re working on a ‘DMV Camp.’ For future activities, we’re planning an ‘un-conference.’”

While some discount the value of social media and sharing of ideas, he’s pleased with how the movement seems to be growing through the digital media channels.

“We want to make government better,” he said, “and this is a good stack of tools to use for collaboration.”

Fretwell said he’s looking forward to further discussions and collaboration with state officials — and, of course, everyday collaborators — on the DMV project.