Los Angeles' police and fire agencies are among the founding members of the working group, which seeks to clarify rules and protocols for drones being used in public safety, newsgathering and other functions.
Dec 20, 2019 / By Jed Pressgrove 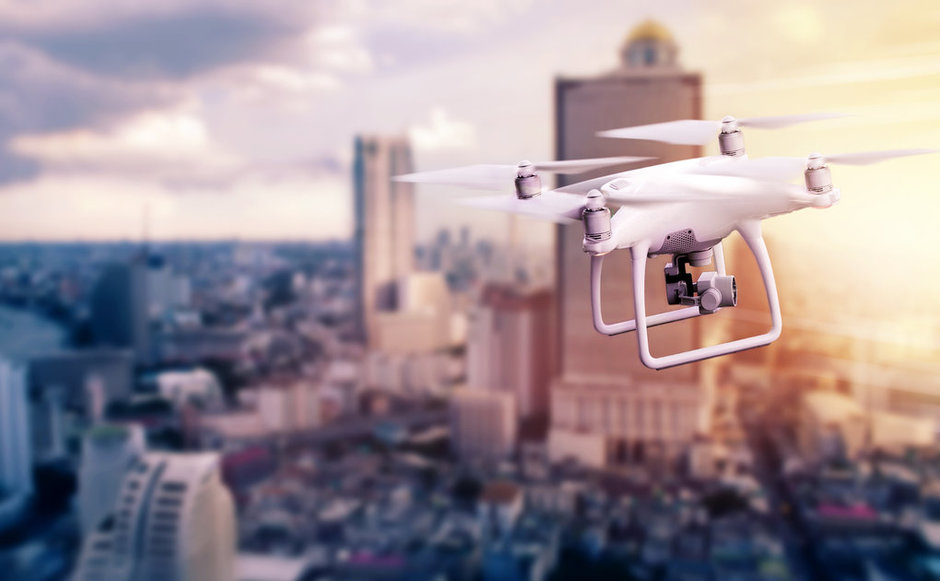 What should you do if someone is operating a drone near you? Where should you move? Should you be a certain number of feet away from the machine?

These are the sort of questions that police, firefighters and other stakeholders hope to clarify as part of the Major Cities Working Group, a new initiative from the DRONERESPONDERS program. The Major Cities Working Group launched last month, during the Drone Journalism Leadership Summit in New York. The group was created to drive dialog between different drone users who may face similar issues when operating unmanned aircraft systems (UAS) in densely populated cities, said Christopher Todd, executive director of the Airborne International Response Team, the nonprofit responsible for DRONERESPONDERS.

Richard Fields, administrative section chief of the Los Angeles Fire Department, said the Major Cities Working Group should develop a common understanding of what should happen when a drone is used for an emergency. He likened this need to the simple procedure that drivers are expected to follow when they see or hear an ambulance or firetruck — that is, pull over to the right. Taking this example further, Fields pointed out that public safety must be prepared for when people don’t follow the rules.

“Everybody doesn’t [pull over to the right],” Fields said. “Some people stop right in front of you. Some people keep driving. Some people don’t hear you coming. Some people panic and don’t know what to do, and those are all things that we are used to dealing with and overcoming in how we operate [emergency vehicles]. We have no idea what that looks like in the airspace [with drones].”

Public safety faces numerous other challenges when operating drones in big cities, Fields said. Besides pedestrian safety, there are infrastructure-related concerns. Not only does one have to account for a high number of buildings in a big city, but the buildings themselves, due to their construction materials, can interrupt GPS and radio signals, as well as interfere with line of sight.

Then there’s the question of how air traffic will be regulated. Fields said it will be important to prioritize altitude, as public safety and non-public safety organizations could have equally important reasons to fly drones in the same urban airspace. For instance, some journalists utilize drones to get pictures and video. In fact, the National Press Photographers Association is now one of the partners of DRONERESPONDERS.

Fields recounted an experience his organization had with the American Civil Liberties Union (ACLU) in Los Angeles. Fields’ department proactively sought the ACLU’s opinion about its drone policy.

“[The ACLU] returned a scathing report,” Fields said. “While they applauded us for our efforts, they showed us where our policy still had a bunch of holes and gaps for possible misuse. And what we did was took those concerns and almost verbatim added them to our policy.”

The full version of this report first appeared in Government Technology, a sister publication of Techwire.

By Jed Pressgrove
Jed Pressgrove, a staff writer at Government Technology magazine, has been a writer and editor for about 15 years. He received a bachelor’s degree in journalism and a master’s degree in sociology from Mississippi State University.