The newest earthquake early warning app, QuakeAlertUSA by Early Warning Labs, provides users in California the opportunity to set their preferred thresholds for when the app goes off. And when it does go off, it provides the user with a vibrating countdown to the real shaking.
Feb 18 / By Jim McKay 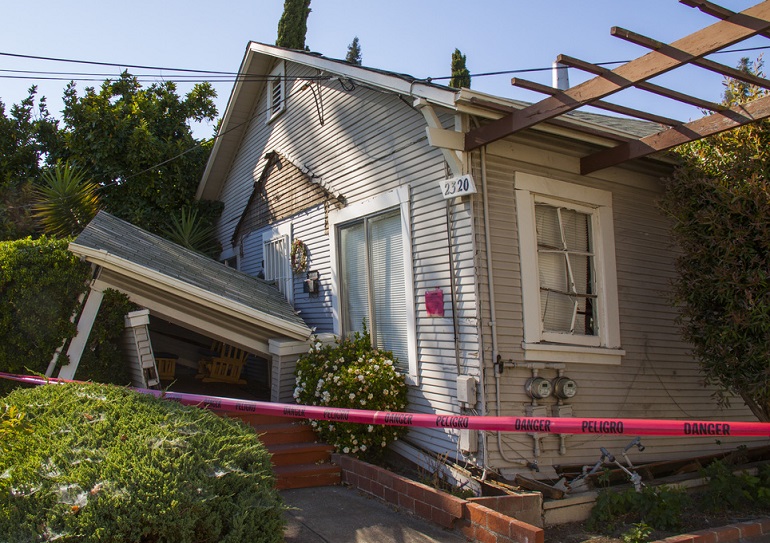 The new QuakeAlertUSA early warning app lets users set the alarm at a certain threshold and gives a vibrating countdown of up to about 60 seconds until shaking from the quake will occur and then instructions on what to do.

The newest earthquake early warning app, QuakeAlertUSA by Early Warning Labs, provides users in California the opportunity to set their preferred thresholds for when the app goes off. And when it does go off, it provides the user with a vibrating countdown to the real shaking.

The app informs the user of an imminent quake, conveying the intensity, magnitude, distance from the epicenter and how long before the shaking will begin. The countdown could be a couple of seconds or up to about 60 seconds, depending on how far the user is from the epicenter of the quake.

“You get a vibration, an audio notice,” said Josh Bashioum, founder and CEO of Early Warning Labs. “The phone will tell you how bad the shaking is going to be audibly. Along with that, you get a push notification telling you how much time you have until it starts shaking.”

When the user then opens the app, it provides the countdown and, if the shaking will be at dangerous levels, a visual warning to “drop, cover and hold on.” If the shaking is moderate, the app still provides tips on what to do if it had been a serious quake, such as: If you’re indoors, stay away from windows and anything that can fall on you; if outside, stay there but move away from buildings and facades that can fall on you; once out in the open, stay there until the shaking stops; if in a vehicle, stop quickly and move out of the way of falling debris and don’t stop under an overpass.

The app allows the user to set the intensity at three different levels — above Level 3, above Level 4 and above Level 5. “We felt that was important because some users don’t want to be bothered much,” Bashioum said. “The good news is the United States Geological Survey (USGS) has strict standards for alerting, so they don’t allow us to alert for anything under three.”

USGS ShakeAlert scientist Robert de Groot welcomes the new app as another tool, but cautioned users to play it safe when it comes to the countdown. Whether it’s 2 seconds or 60, he said, when becoming aware of an alert drop, cover and hold on immediately. Don’t wait for the shaking.

He said the countdown may vary depending on several factors, including how far away the user is from the epicenter, magnitude of the quake, even the soil where the user is standing.

He said the threshold option and the countdown are fine, but users should understand the limitations. “Think of the countdown as an approximation because there are issues with timing, it could arrive sooner or later because of the number of factors involved.”

The thresholds are based on the Modified Mercalli Intensity Scale, which defines Level 3 as the mildest shaking, or weak shaking that may be felt indoors. Level 4 is defined as shaking that can be felt outdoors as well, and Level 5 is enough to awaken people, overturn objects and stop pendulum clocks.

The data for the app comes from hundreds of sensors across California, the same sensors that feed the USGS ShakeAlert system. “The science itself is what powers the app — we wanted to build something that would deliver in the most efficient way for the end user, and in the easiest way, for them to understand, while giving them the flexibility to set their own thresholds.”

De Groot pointed out that all of the early warning apps are still being tested and, to an extent, people should rely on their wireless carriers for timeliness as well.

This story first appeared in Emergency Management magazine, a sister publication of Techwire.