An official cited the new director's "background in network operations and security." He leaves a similar job at a nearby Bay Area municipality.
Oct 1, 2019 / By Tribune News Service 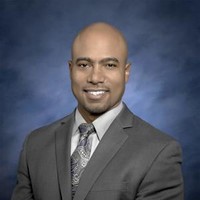 Vallejo's longtime Information and Technology Director Greg Taylor has accepted a similar position with the city of Concord, officials with both cities have confirmed.

“Greg has a strong background in network operations and security,” Concord City Manager Valerie Barone said in a statement. “He has been highly commended by his colleagues and peers for his ability to implement projects with limited resources, and we believe he will be a tremendous asset to Concord’s leadership team.”

According to Taylor’s LinkedIn page, he began as an IT manager with the city of Vallejo in 2007. He was elevated to IT director in 2013.

“Concord is a vibrant community and the city is working on some exciting initiatives, including Smart City efforts, innovative public safety technology and a Broadband Master Plan,” Taylor said in the same Concord release. “I am thankful for the opportunity to help elevate the city’s technology for the benefit of our staff and residents.”

Vallejo’s Chief Innovation Officer Naveed Ashraf has been tapped to oversee the IT division for the time being, Altman said. It’s not known yet if Vallejo will hire a new IT director.

Ashraf “will be working on assessing the organizational structure to assist in determining whether the city will proceed with filling the director position or consider an alternative structure for IT,” she added.

Created during the current fiscal year, the chief innovation officer position is tasked with making technology system improvements throughout the city organization.

Ashraf began with the city on Sept. 23 and is currently receiving an annual salary of $159,612.