Local Motors, which makes the Olli AV shuttle, will partner with both GoMentum, an enormous vehicle test site in the Bay Area, and AAA Northern California to further fine-tune connected-vehicle technology around small, electric shuttles, making the vehicles perhaps the most promising form of autonomous transportation in the near term.
Oct 18, 2019 / By Skip Descant 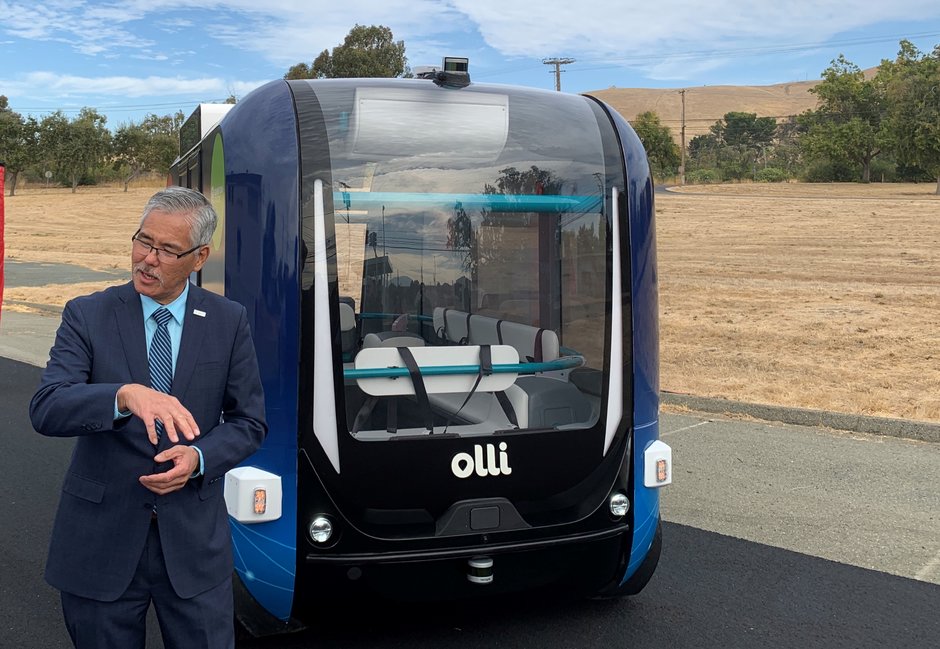 Local Motors, which makes the Olli AV shuttle, will partner with both GoMentum, an enormous vehicle test site in the Bay Area, and AAA Northern California to further fine-tune connected-vehicle technology around small, electric shuttles, making the vehicles perhaps the most promising form of autonomous transportation in the near term.

“These vehicles are first- and last-mile technology that are very, very safe,” said Randy Iwasaki, executive director for the Contra Costa Transportation Authority, which manages the GoMentum Station.

CCTA led the effort to test small, electric AV shuttles made by EasyMile at Bishop Ranch, a business park in nearby San Ramon, two years ago.

Iwasaki echoed a mission of countless transportation and transit officials from across the country as he stressed the need to close transportation gaps in an economical and sustainable fashion — just what the small AV shuttles are designed to do.

“There’s plenty of space inside the vehicles we have. We just have to get better at sharing them,” said Jay Rogers, CEO and co-founder of Local Motors, in his comments to reporters gathered at GoMentum Station for the Wednesday announcement.

Local Motors has introduced the Olli vehicles in a range of settings, such as the demonstration vehicle the company operated for several months at Sacramento State University. The project doubled as a research initiative by the university and served to educate the public about the use of AVs.

The shuttle is also in a three-month test that began in August at White Rock Corporate Campus in Rancho Cordova.

However, those efforts are not designed to test the vehicles across the vast range of virtual and real-world settings, or test-drive different onboard and roadside technologies, Rogers explained.

This level of testing at GoMentum will achieve these higher goals, he added.

“I would say that we’re looking not only for the places where we can achieve something we haven’t achieved before,” Rogers remarked at the test-site.

“This is really much more focused on many test scenarios, both virtual and physical,” said Rogers.

CCTA was recently awarded a $7.5 million U.S. Department of Transportation grant to operate three pilot projects testing autonomous shuttles. Four to six of the Olli vehicles will be used in a pilot to offer transportation to residents in a nearby retirement community.

“The idea is reduce the reliance on the single-occupant vehicle ... test the theory that these will do that,” said Iwasaki.