The director of the Employment Development Department, Sharon Hilliard, said she shared lawmakers' frustration with claimants' inability to secure benefits and indicated the agency continues to work on remedies.
May 22, 2020 / By Dennis Noone 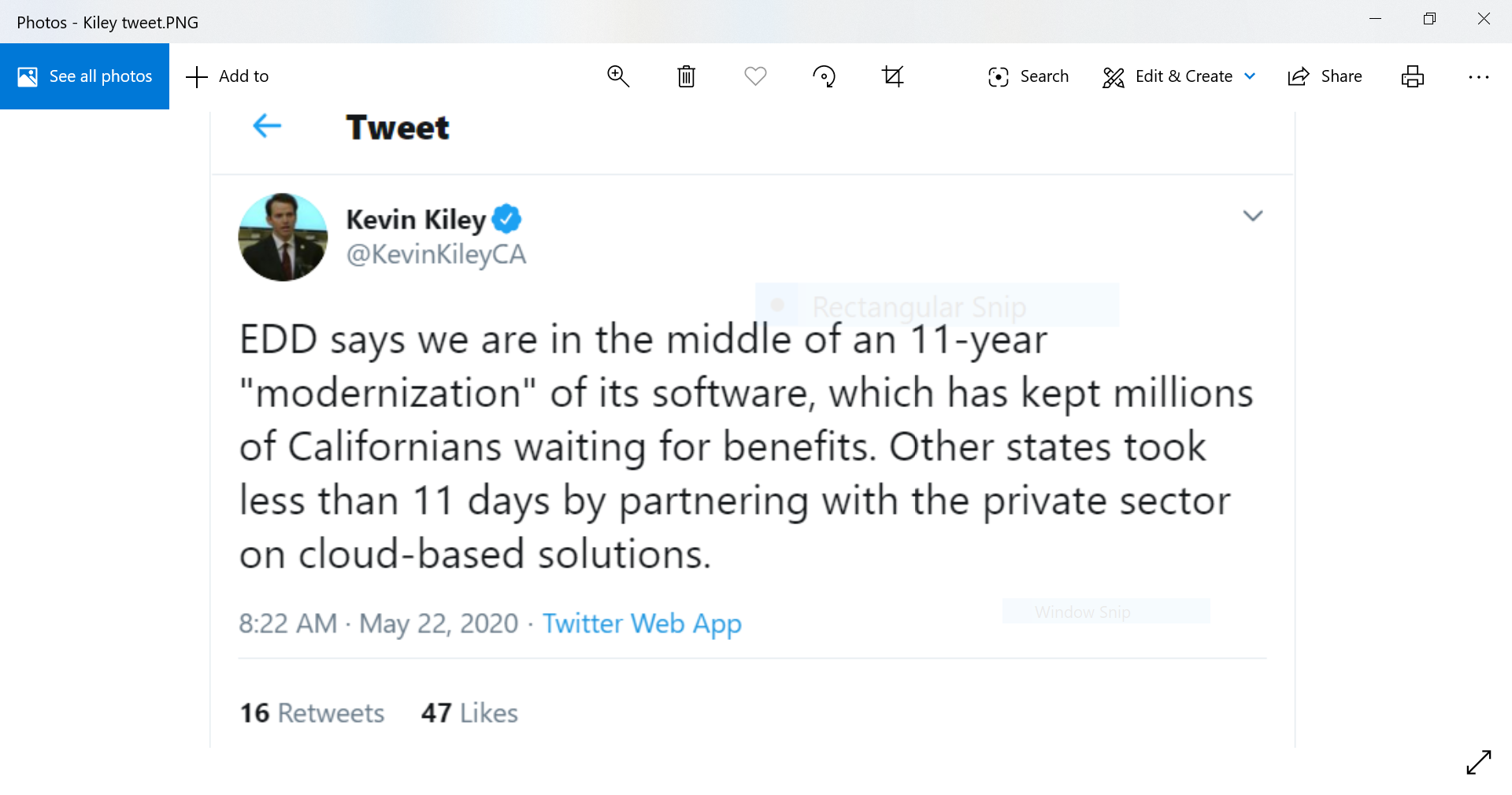 The director of the state Employment Development Department (EDD), Sharon Hilliard, agreed with Assembly members’ concerns about the long delays, dropped phone calls and unresolved problems that unemployed residents have faced in recent weeks. With old technology being used to process millions of new claims for benefits, the system is swamped.

“I totally agree with you,” Hilliard said in one hearing, as reported by The Sacramento Bee. “It’s not acceptable, and we are working hard to make sure we are addressing all the concerns as quickly as possible.” Hilliard, who was named EDD director in February, said the department has embarked on a massive hiring campaign and is working on other fixes to the system.

But those assurances apparently weren’t enough for Assemblymember Kevin Kiley, R-Granite Bay, who took to Twitter on Friday to put an exclamation point on the issue.

“EDD says we are in the middle of an 11-year ‘modernization’ of its software, which has kept millions of Californians waiting for benefits,” Kiley tweeted. “Other states took less than 11 days by partnering with the private sector on cloud-based solutions.”

Techwire has requested an interview with Kiley, a member of the California Legislative Technology and Innovation Caucus.