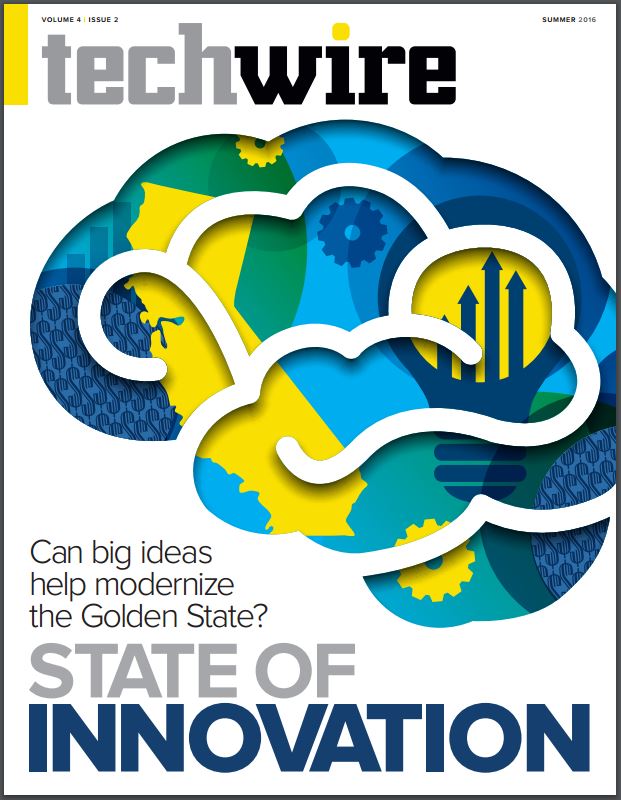 As part of doing business, California accumulates volumes of data on everything from crime rates to charter school programs.Recognizing the potential for using that information to make better decisions and improve life for residents, the state has committed to creating open data portals. But without user-friendly applications that filter and present the information in meaningful ways, the value of that data remains largely locked up in dense spreadsheets and databases.

That’s where the new California Innovation Lab comes in.

The innovation lab is the first major initiative of the Office of Digital Innovation and Technology Engagement, an office announced in February that’s aimed at driving innovation for the state’s Department of Technology.

The lab is being billed as a “tech habitat” that will boost engagement and transparency by giving state employees and their partners a place to build, test and deploy open source technologies in a cost-effective and efficient way.

“This is a significant paradigm shift on how the state will approach technology in the future,” said Scott Gregory, the state geographic information officer, who will manage the lab with a team of staffers. “I truly believe that by providing an environment for us to start to experiment and develop using open source technology, we’re going to see incredible results.”

The lab will officially launch in mid-July, Gregory said. But work is underway now to establish policies, hire staff and build out the first two open source applications that will use available data to help the state operate in a more sustainable way.

California may very well be the first state to launch an innovation lab, though Nicole Neditch, senior director of community engagement at Code for America, is confident it won’t be the last.

But for now, all eyes are on the state, with Lt. Gov. Gavin Newsom anxious to see California’s government take up the mantle of innovation.

“By creating a shared space for testing and developing new open source solutions,” Newsom said, “I hope that this new office will spur a culture of innovation within state government and lead the nation in using technology to bring the government closer to the people.”

There’s more pressure on governments than ever to close the gap between their IT systems and the private sector, according to Dan Hon, who was formerly with Code for America and now runs a consulting business.

The last decade’s recession didn’t help. As government technology has been hollowed out over the years, Hon said, they’ve concentrated on project management and procurement. That left little time or resources to innovate.

“The best and the brightest have been inventing the future in California for decades,” said Newsom, who’s been an advocate for advancing government technology and is running for governor in 2018. “But here in Sacramento, just a few hours away from Silicon
Valley, government struggles to upgrade its digital infrastructure.”

Innovation has been thriving at the city and county levels. There’s San Francisco’s business portal, for example, or Los Angeles’ project aimed at reducing accidents involving pedestrians and cyclists.

A major factor that’s prevented that innovation from translating to the state is engagement, Neditch said, with citizens more connected to their local government.

Scale is another factor, according to Hon. “Where there’s a smaller amount of money at play,” he said, “then it’s easier to take a risk with it.”

Many insiders saw the state’s approach in 2015 toward redesigning the child welfare case management system as a huge step in the right direction. Hon was on the team that helped overhaul that RFP process and said he was encouraged by the determination he saw.

“It feels like there’s a lot of energy,” Neditch said. “We’ve got a long way to go to catch government IT up to the rest of the world. But there’s a shift that’s happening nationally.”

Since announcing the lab, Gregory said state leaders have spent months developing policies and standards for how the program will work.

They’ve also been staffing the lab. Gregory is hiring five new people, plus making minor changes to existing staff. He said interest has been very high, with applicants coming from outside the state and from new talent pools.

They’re even looking at ways to facilitate a virtual workforce, allowing contributors to telework to help attract more millennials, according to Chris Cruz, chief deputy director of operations at the Department of Technology.

The lab will reside within CalCloud, a secure cloud platform for government services. And projects will be developed using OpenShift, a platform-as-a-service cloud product by Red Hat Enterprise Linux, according to Gregory.

The first application that’s being developed in the lab is called Green Buyer, created during the state’s first code-a-thon in October. The state provided competitors with open data sets related to sustainability. Mike Philips and Zac Palin’s team won by
using that data to build a user-friendly app that helps workers and citizens better understand how many sustainable products departments buy each year.

The state is also developing Smart Fleet, a “green score card” for the Department of General Services’ fleet management that came out of the code-a-thon, according to Gregory.

Both of those applications should go live in late August, Gregory said. And more code-a-thons will be coming.

The lab will be a platform for workers from different departments to come together to try to solve common problems, Gregory said.

Once it’s officially open later this summer, he said, vendors interested in working with the lab will go through the normal process to procure state work. But rather than jump into traditional project mode, they’ll enter a sandbox-style space where they can test and innovate.

The lab will share code they’ve developed, so state departments don’t have to reinvent the wheel to tweak the application for a specific need. They plan to aggregate those developments on a GitHub page, which Gregory said should also go live this summer.

Hon recommended that the team look for technology services that are coming up for an overhaul and already have money attached to them. Some might be programs that residents interact with directly. Others might be behind the scenes, in finding ways for state workers to do their jobs more efficiently.

Regardless, when it comes to picking projects, both Neditch and Hon said they hope the state will focus on solving problems that will impact large numbers of citizens.

Gregory agreed: “Data and information becomes extremely important when it touches the lives of individuals. And that’s our goal: to make that engagement of technology simple and meaningful and transparent and open.”

For an innovation lab to work, teams have to be given some freedom. That can be tricky, Hon pointed out, in a government environment that’s known for extensive oversight.

“A lot of times we come into these things and we build applications and we always are afraid of failure,” Gregory said. “This is an area where we are allowed to because it’s a laboratory environment.”

That leads to the question of whether it is appropriate for state employees, whose salaries are paid by taxes, to spend time doing what some might argue is experimental work.

“I think there’s a lot more failure that happens when you don’t experiment,” Neditch responded.

Everyone has gotten used to government IT projects that take five years to complete, she said. And by the time they’re done, the system is already outdated.

“I’d rather fail on a Post-it note or a simple Web application rolled out to a small group that’s costing us a lot less money,” Neditch said.

“It’s really not costing us additional dollars,” he said. “Whereas how we do business today in a privatized way — where we’re out department by department, in a silo-based
mentality, procuring services for hundreds of thousands or millions of dollars — we’re not doing that here. We’re starting out with free code and we’re repurposing that code
amongst the community. So the risk, I see, is not as great as compared to what we have in place today.”

Projects that come out of the innovation lab still might falter, Hon acknowledged. But it’s all about resiliency.

“We cannot necessarily reduce the amount of risk,” he said. “But the question is, how quickly can we recover our position and how costly will it be?”

Traditional state projects limit the vendor pool, Hon said, which can hinder competition and creativity. So one of his biggest hopes for the innovation lab is that it helps open state technology to smaller enterprises, including nonprofits and startups.

“For a long time, the private sector was afraid to touch government as a market,” said Neditch. Finally, she said, it seems that door is cracking open.

That doesn’t mean there’s no place for companies such as Deloitte and CGI, according to Hon, with some instances where massive, waterfall-style projects still make sense. Most of the state’s mainframes are still on IBM, for example.

“But it’s really valuable for the state to say, ‘We don’t just have to go to IBM anymore because we’ve broken this contract up into smaller parts,’” Hon said.

Cruz said he’s convening a vendor advisory council to get input on best practices, including recommendations for open source projects that will work well in the innovation lab.

“We’re completely open to collaborating,” Gregory said. “So if there are open source solutions out there from companies and vendors that want to participate, by all means, there will be room in that sandbox to play.”


This story is featured in the Summer 2016 issue of Techwire magazine.