FirstNet was conceived in the wake of 9/11 as a solution to the radio communications failures that plagued first responders at the height of the disaster. FirstNet is supposed to give police and fire personnel a seamless, state-of-the-art, high-speed voice and data communications system. Sixteen years later, FirstNet is closer to becoming a reality.
Sep 11, 2017 / By Tod Newcombe 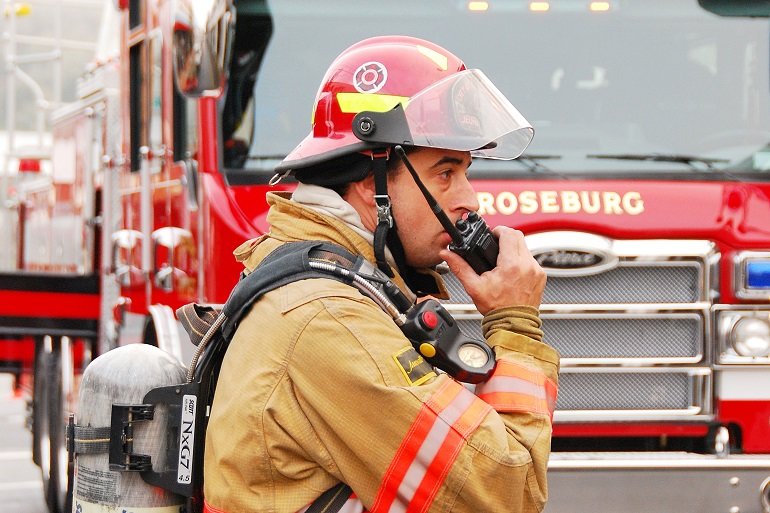 If the feds build it, will the states come?

The field of dreams in question is the highly touted First Responder Network Authority. Also known as FirstNet, the system was conceived in the wake of 9/11 as a solution to the radio communications failures that plagued first responders at the height of the tragedy. FirstNet is supposed to give police and fire personnel a seamless, state-of-the-art, high-speed voice and data communications system.

Sixteen years later, FirstNet is closer to becoming a reality. Earlier this year, the authority announced a partnership with AT&T to build the first responder network, which has received $6.5 billion in federal funding and is expected to cost about $40 billion over the life of the 25-year contract. FirstNet and AT&T sent states a draft plan in June that describes what the next-generation technology can offer first responders, as well as the cost for using the network. States can opt out if they choose and find another vendor to build a similar system.

(Techwire published an update last week on California's progress in the effort.)

At first blush, though, there’s a lot to like about FirstNet. The system is secure and interoperable. It also features something called “pre-emption authority,” which would allow first responders to bump residents and businesses off the network should it get overwhelmed during an emergency.

Nevertheless, observers have raised a few concerns. One of the biggest involves coverage. While urban and suburban areas will almost certainly receive robust service, coverage in rural areas could be spotty because current services often don’t extend to or are too expensive to extend to these areas, says Albert Catalano, a legal expert on telecommunications.

Another concern touches on the system’s timeline to provide what’s known as “enhanced location,” precise coordinates that first responders prize when it comes to locating an emergency in hard-to-find locations, such as a specific floor in a high-rise building. While the authority says enhanced location will be offered by 2022, firefighters want it sooner. They also want FirstNet to step up its timeline for mission-critical voice communication, which is a new technology that delivers highly reliable, clear voice communication that, among other things, allows first responders to communicate outside coverage areas. The authority has promised it in the next few years.

It is concerns like these that have led several states — such as Arizona, Colorado and New Hampshire — to issue RFPs for alternative networks. Catalano says it is still too early to know whether states will opt in or not, but he says, “I think there are states willing to seriously consider alternative choices.”

If a few states opt out, no big deal. But if more than a handful do, it could impact the network’s business plan. Building and running a nationwide, cutting-edge voice and data network requires nearly all of the country’s 5.4 million first responders to subscribe to it — not just to cover the operational costs, but also to generate enough revenue for further expansion into remote locations and for future technology upgrades. That’s prompted the International Association of Fire Chiefs’ (IAFC's) Board of Directors to ask fire service leaders to press governors to opt in to FirstNet. “We urge IAFC members to … participate in the process to recommend to governors that they should allow FirstNet to build out the radio access network (RAN) in the state and to not opt out and build out their own RANs,” the board said in a statement in late July.

Without broad support, FirstNet might end up another federal government white elephant. Its fate should be clearer in the months ahead: Governors have until December to make a decision.