The state's massive financial system got a status upgrade on a state IT dashboard, from red to green, as it moves closer to adoption by all affected state agencies and departments. Change management among state workers has been a challenge, officials say.
Sep 18, 2019 / By Tribune News Service 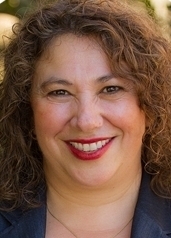 The budget for California state government’s long-developing accounting program has surpassed $1 billion, and more spending will be required before all state departments are using it, according to program updates published this week.

The Financial Information System of California, commonly known as FI$Cal, received an additional $145 million — bringing the total to $1.06 billion — and a newly extended deadline of July 2020, according to a project oversight report that the California Department of Technology (CDT) posted Monday.

The state started work on the project in 2004. Its last approved completion date had been this year. Repeated delays and rising costs made it a poster child for state government’s broader challenges with major technological overhauls, a systemic issue Gov. Gavin Newsom has said he is addressing.

CDT’s independent review called the new timeline “aggressive,” adding there is “no slack to recover schedule if delays occur,” while changing its status to “green” from “red” on the state’s IT project tracker, indicating improvement.

"With the approval of Special Project Report 8, the FI$Cal project returned from a red to green rating on its overall project health status,” CDT Communications Deputy Director Alice Scott-Rowe told Techwire in an email. "Risks to the project schedule are being actively mitigated and baselines have been reset for scope, schedule and budget.”

Scott-Rowe noted, “The project has met its June, July and August 2019 release schedule and is on track to meet release dates throughout the remainder of the year. Governance processes and rigorous project management will help to ensure that the project remains on track.”

When finished, the system will integrate and standardize state government processes in the areas of budgeting, accounting, cash management and procurement for the state of California, Scott-Rowe said, citing the following system benefits:

“FI$Cal has achieved its onboarding goals of bringing on 152 departments,” she said. “The system is in operation with over 20,000 end users, and the project is 98 percent complete.”

In departments where it has been successfully implemented, the program has tightened controls on payments to vendors and some employees, added transparency and improved a range of other functions, Miriam Ingenito, the program’s director, noted earlier this summer.

While the project is 98 percent functional, six departments still depend on legacy systems from around the 1980s to complete necessary financial tasks such as closing out month- and year-end financial statements, she said. Extended delays could threaten the state’s credit worthiness, State Controller Betty Yee told legislators in the spring.

On top of the departments that still depend on legacy systems, seven others have deferred adapting to FI$Cal. When those seven start using it, more money will be required to get them up and running, Ingenito told told an Assembly subcommittees in June.

A few agencies will never use the system, including CalPERS, CalSTRS, the University of California system and the Legislature.

Richard Gillihan, the Finance Department’s chief operating officer, told legislators the delay is partly due to slow uptake among workers in some departments.

“The project is deployed,” Gillihan said. “We don’t have technology challenges per se with FI$Cal. This is a massive human change management effort at this point. With the benefit of hindsight and our experience, we probably should have come out a little stronger on change management.”

Ingenito said some departments quickly adapted. Larger departments with more resources, capacity and sophistication tended to do better than smaller ones, and departments that appointed a high-level person to take responsibility for changes were the most successful, she said.

Cal Fire and California Highway Patrol are good examples, as is the Department of Parks and Recreation, which holds “FI$Cal Friday” events to talk over and tackle problems, she said.

Ingenito said that while the FI$Cal program has designated trained “superusers” across departments, workers in some departments don’t even know who the specialist is.

Assemblyman Phil Ting, D-San Francisco, said at the June hearing that the program still holds promise for the state.

“It’s actually really helped improve our work,” he said. “We think it’s a very critical project, not just for our budgeting process but really for the entire state. … To have one system where we are all integrated would be quite an amazing feat for the state.”

Ingenito and FI$Cal's Chief Information Officer Subbarao Mupparaju will be the speakers at next week's Techwire Industry Briefing.