The advocate, who drove creation of the California Consumer Privacy Act, said: “Now it is the time to push for even more rights for privacy.”
Sep 30, 2019 / By CalMatters 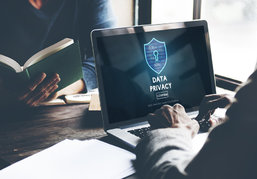 The San Francisco advocate who spearheaded California’s landmark law protecting the privacy of consumers’ online data is planning to propose a new initiative on Wednesday to create and enforce a data privacy bill of rights.

It’s not clear if all privacy advocates will be on board with Alastair Mactaggart, a developer who, alarmed at the diminution of privacy in this digital age, proposed a far-reaching initiative in 2018, only to abandon it when the Legislature approved the California Consumer Privacy Act, which takes effect Jan. 1.

Privacy advocates such as the San Francisco-based Electronic Frontier Foundation did not support Mactaggart’s proposal last year, and that organization was not consulted in the crafting of this new ballot measure.

However, Mactaggart says the new initiative, an expanded version of that law, is necessary to buttress existing protections. “The power of the industry is extraordinary,” he said in an interview with CalMatters. “They just keep coming.”

The new measure would be on the November 2020 ballot as a 51-page state constitutional amendment known as the California Consumer Privacy Act of 2020.

“The world has changed so much and so fast in the last two years,” Mactaggart said. “Now it is the time to push for even more rights for privacy.”

Such a push may be costly. To place the measure on the ballot, Mactaggart would need to gather roughly a million signatures of registered voters. A successful signature gathering drive would cost at least $3.5 million, the sum he spent to qualify his subsequently abandoned 2018 initiative.

A successful campaign would cost many millions more. Mactaggart’s corporate opponents could easily spend many tens of millions, although it’s not clear whether a privacy initiative could be defeated. Polls consistently show voters are concerned about loss of online privacy.

It’s also another question whether any corporation or organization would mount a significant campaign against an initiative that is framed as consumer privacy protection.

Corporations would run the risk of damaging their brand, as Facebook found when it donated $200,000 to a campaign to fight Mactaggart’s 2018 initiative. In the face of criticism, the company announced it would cease spending to defeat it.

The California Chamber of Commerce, which opposed Mactaggart’s past initiative, was withholding comment until its experts can read it, a spokeswoman said.

Sen. Bob Hertzberg, a Los Angeles Democrat, took a leading role in negotiations that persuaded Mactaggart to remove his initiative from the 2018 ballot. This one is different, said Hertzberg, who met with Mactaggart repeatedly during the year and as recently as last week.

“There is no reason to negotiate,” Hertzberg said, anticipating the new initiative will be on the November 2020 ballot. “What he is doing is the right thing.”

California voters enshrined the right to privacy in the state Constitution in 1972. But that was a time before computers fit on your wrist and could pinpoint your location at any minute of the day.

Mactaggart’s initiative, a draft of which was provided to CalMatters, would significantly expand the 2018 law and the 1972 privacy right by establishing new rights protecting the use and sale of personal health and financial information, information on race and ethnicity, and a person’s precise location.

Mactaggart cited a 2017 instance in Massachusetts in which anti-abortion advocates purchased geolocation information and targeted ads aimed at women who visited abortion clinics.

In settling that case, Massachusetts Attorney General Maura Healy found those ads carried such messages as “Pregnancy Help,” “You Have Choices,” and “You’re Not Alone.” If clicked upon, those ads took consumers to sites offering abortion alternatives.

Mactaggart said that while companies could track a person to a general location under his new measure, it should be no one’s business if you’re going to a mosque, a synagogue, or a bar.

Although details could be refined in the coming weeks, the initiative as drafted would:

The initiative would take effect on Jan. 1, 2021. Lawmakers would be able to amend the law by a simple majority vote, so long as the action is taken in furtherance of the right to privacy.

Mactaggart’s view is that the more any entity knows about you, the more power it has to shape your daily life. Corporations or campaigns can use that power to show you more ads for shoes after you’ve shopped online for shoes, or shape your views about presidential candidates.

In a statement announcing the initiative, Mactaggart said: “We are engaged in new experiment now, when a handful of giant corporations know almost everything about us, remembering everything we’ve searched for, every place we’ve been and who we were with, where we shopped and what we purchased, who we communicated with and how often.”

This article was republished from CalMatters.org.