The consortium will advocate for autonomous vehicles as federal and state regulators develop rules.
Apr 27, 2016 / By News Staff 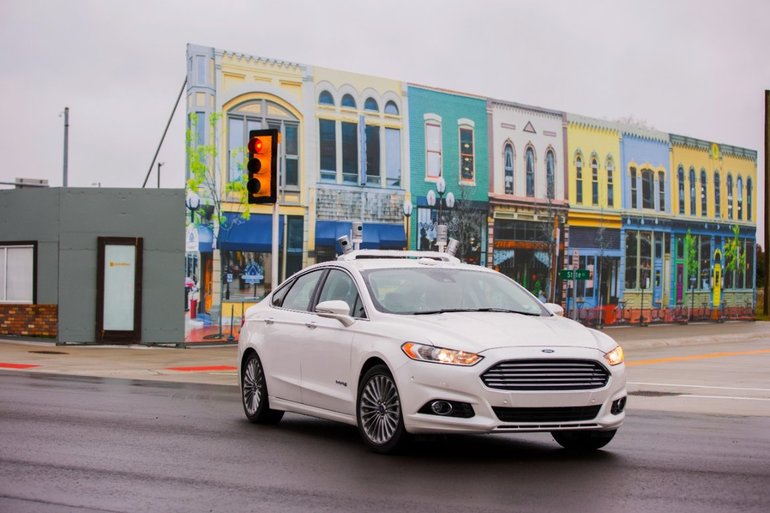 In the future, companies like Volvo and Ford might be big competitors in selling self-driving cars to the public. But for now, they’re joining forces to make sure the things are legal.

So as the federal and state government entities responsible for regulating transportation grapple with questions about what should and shouldn’t be allowed, those companies have banded together into one lobbying group. Called the Self-Driving Coalition for Safer Streets, the group consists of Ford Motor Co., Volvo, Google, Lyft and Uber. Missing from the list are companies such as Tesla Motors, Nissan and Delphi Automotive.

The group announced its launch on April 26, just one day before the National Highway Traffic Safety Administration (NHTSA) is set to hold a public hearing on autonomous vehicle regulation guidelines at Stanford University. NHTSA is responsible for coming up with guidelines for state self-driving car regulations, which U.S. Transportation Secretary Anthony Foxx wants to happen this year.

Leading the group is David Strickland, administrator of NHTSA from 2010 to 2014.

“Self-driving vehicle technology will make America’s roadways safer and less congested," he said in a  statement. “The best path for this innovation is to have one clear set of federal standards, and the coalition will work with policymakers to find the right solutions that will facilitate the deployment of self-driving vehicles."

The coalition's launch also happens amid a contentious rulemaking process from the California Department of Motor Vehicles, which has proposed regulations that would require a licensed driver to sit behind the wheel of self-driving cars at all times, ready to take control. That would effectively ban the types of cars Google wants to build, and probably prevent groups such as the blind from being able to use the vehicles on their own.

The companies are all involved in research and development of autonomous vehicles in one way or another. Google has one of the largest and most publicly visible fleets of test vehicles in the U.S., while Volvo and Ford have mostly focused testing in private areas such as the University of Michigan’s MCity. Lyft and Uber are both moving toward business models in the future where they can provide self-driving vehicles on demand — maybe even as the primary means of transportation for some people.

But to operate in the U.S., they’ll need regulatory clearance. Though some have speculated that it is probably technically legal to operate self-driving cars in most of the U.S., many states are working on regulations that could put limits on the technology. A recent report from the Volpe National Transportation Systems Center found that there are many parts of the Federal Motor Vehicle Safety Standards that wouldn’t allow for fully self-driving cars, such as the requirement to have a functional brake pedal.

As of April 26, a website affiliated with a press email address for the coalition consisted of a solid black background. The group's statement said there will be more information on the coalition "soon."

This article was originally published on FutureStructure.