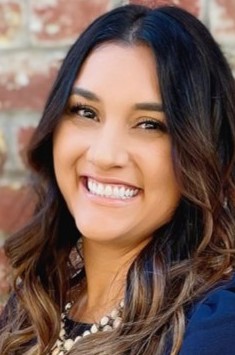 Of primary interest to the California IT community, Granicus has named Liza Mendoza as enterprise account executive for the state of California. Mendoza is an IT industry veteran with nearly 20 years’ experience in the private sector. Before joining Granicus, she had held sales, management and executive roles with e.Republic (parent company of Techwire), FireEye, ForeScout Technologies and Oracle.

Granicus’ Chief Executive Officer Mark Hynes said he was pleased to have Mendoza join the state team amid record growth for the company since the COVID-19 pandemic hit this past spring.

“Hiring Liza is an important part of our commitment to the state of California as we continue to grow our government partnerships in Sacramento,” Hynes said in a statement to Techwire. “We have been extremely proud to work alongside over 600 government customers in California as they expedite the delivery of cloud-based, civic engagement technologies to their employees and constituents in order to ease the many challenges they have faced since the pandemic began. We look forward to continuing our growth with the agencies at the state level.”

Mendoza, based in the Sacramento area, is an alumna of the University of Guadalajara and UC San Diego, where she received her Bachelor of Arts degree in communications.

“I was blown away when I realized how much government expertise is on the Granicus team,” Mendoza told Techwire. “When I saw the impressive roster of customers they work with and how they have helped so many government entities during the pandemic, I knew that this was something I wanted to be a part of.”

More recently, Granicus named Patrick Moore vice president of business development. Moore’s background includes management, consulting and finance in the public and private sectors as well as politics. The Atlanta resident’s previous roles have included serving as chief information officer for the state of Georgia as well as executive director of the Georgia Technology Authority.