His previous affiliations include Pegasystems, Oracle, Kofax and EMC, with areas of expertise including enterprise architecture, pre-sales, records management and business analysis.
Jan 2 / By Dennis Noone 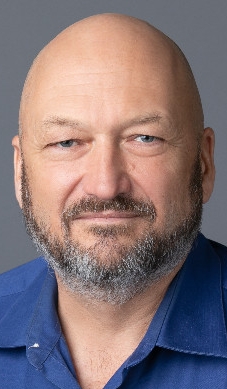 Jeff Hare, who has worked in IT since the 1980s, including almost a decade serving the public sector, has joined SimpliGov as Technical Account Manager serving state government clients.

“I have been involved in many large state projects over the decades having to do improvement of service to constituents, improved utilization of information already managed, and automation of due diligence and compliance across many lines of business,” Hare told Techwire. “One of my favorite projects … was the digitization of millions of records leading to not only eliminating the need to expand paper storage space, but also leading to the dramatic reduction in size of the existing warehouse.”

Hare’s previous affiliations include Pegasystems, Oracle, Kofax and EMC (now part of DellEMC). He is based in Roseville and says his areas of expertise include enterprise architecture, pre-sales, records management and business analysis.

“I am overjoyed to join SimpliGov,” Hare said, “and continue focusing on streamlining the way constituents engage with their government resources and services.”

Gary Leikin, CEO of SimpliGov, told Techwire: "We are very excited to have Jeff join our team in Sacramento. Jeff brings a wealth of experience to the role and is representative of our continuing expansion in Sacramento and growing list of government customers."