Jay Song's predecessor, former Cal Fire CIO Ron Ralph, warned that "It's not a good job for the timid." Song has an award-winning background in the private and public sectors.
Feb 24 / By Dennis Noone 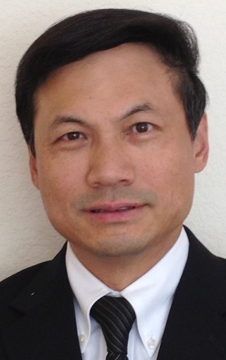 Jay Song, who has been the chief technology officer and commander of IT operations for the California Highway Patrol for the last six years, has taken an executive leadership role with the California Department of Forestry and Fire Protection (Cal Fire).

Song is the new assistant deputy director and chief information officer for Cal Fire — a position his predecessor described as “not a good job for the timid.”

Cal Fire’s director, Chief Thom Porter, said: “We are fortunate to have hired someone with Jay’s qualifications, leadership abilities, and unique blend of IT and public safety experience, and I look forward to working with him.”

Cal Fire said Song “is excited about the opportunity to serve Cal Fire, and drive continuous innovation by adopting intelligence-driven technologies to prioritize the pressing need for CAL FIRE, and identify innovative and sustainable solutions to address the state’s challenges of large, damaging wildfires and degradation of forest health occurring year-round. …”

In moving from one first-responder agency to another, Song will be working under the year-old Innovative Procurement Sprint, one of the tech-related policy changes enacted by Gov. Gavin Newsom shortly after his inauguration last year. The sprint protocol dovetails with Newsom’s Request for Innovative Ideas (RFI2). The governor declared then that fire prevention and detection would be among the first state projects to go forward under the new system.

Song is succeeding longtime, award-winning CIO Ron Ralph, 60, who retired last year after 17 years as Cal Fire CIO and 30 years with the state. In a farewell interview with Techwire, Ralph offered some perspectives and some advice for his successor.

“We’re in a challenged environment — it’s a lives-at-stake kind of job,” Ralph said. “The job at Cal Fire has been extremely stressful. It’s not a good job for the timid.”

Ralph was named a “Great Communicator Award” winner in 2004 at the California Public Sector CIO Academy. In addition, he won a Best of California award in 2010, and in 2019 was named one of two winners of a CIO of the Year Award, all bestowed by the Center for Digital Government.*

Ralph's achievements with Cal Fire include having led the creation of an agile and secure environment that encompasses software-defined technologies, cloud services, virtual compute resources, shared services, software as a service, data as a service, and platform as a service.

“I hope the people who come in behind me can build and grow on what’s been done already,” Ralph said in the interview. “I’ve worked for the best department in the state. We have a phenomenal mission. We’re right where we need to be. The hardest part is there’s always more to do.”

Song began his career in technology in 1992, working for the U.S. Small Business Administration. From there, he was with Hewlett-Packard for 10 years, holding a senior position that included directing global IT operations. Song then joined state government in 2009, as deputy CIO and chief enterprise architect for the Department of Water Resources. While there, Song established an IT governance board and developed data policies to provide best-practice guidance for promoting and sharing large GIS and water quality data.

Song joined CHP in 2013 as CTO and chief of IT. In that capacity, he directed strategic planning and development of a road map of IT-enabled business services. He also directed IT operations supporting the largest law enforcement operations in California.

Among his honors and distinctions, Song was a 2011 winner of an Outstanding IT Service and Support Award for Innovation from the Center for Digital Government while with DWR.