Tim Howell is the new executive in charge of state, local and education in the West. Tanium vice president Jennifer Axt, meanwhile, has an expanded role with the company, overseeing SLED for the U.S.
Jan 7 / By Dennis Noone 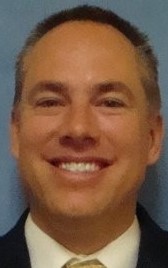 Tanium has promoted Tim Howell to the role of vice president for its Western region, part of a realignment of leadership by the company, whose primary focus is endpoint security for the public and private sectors.

Jennifer Axt, who had previously been overseeing State, Local and Education (SLED) for the Western region as part of her responsibilities, is now the company’s vice president for SLED nationwide. She remains based in the greater Sacramento area.

Before his ascent to the vice president/SLED West role, Howell had been Tanium’s director of strategic SLED accounts in the company’s Mountain West region, based in Denver. He’s been in IT sales and management for almost 25 years, with previous affiliations including Intel, Sprint, Verizon and Dell. He has a bachelor’s degree from UCLA.

“I have built a management methodology that aligns with a customer’s goals and long-term business outcomes and not be focused on a product sale,” Howell says in his LinkedIn profile. “I have a customer-inclusive consultative selling approach with all relationships. I have mastery of the entire sales process including contract negotiation and procurement.”

Axt, who’s been in the SLED/U.S. role for about a year, told Techwire she’s pleased with her larger portfolio.

“I'm more than excited to build, develop and lead State and Local Government and Education for Tanium nationally,” she said. “What we offer our government customers matters, especially in the world where it’s all about the endpoint. And that is what we do at Tanium.”

Axt has focused on the IT industry for the last 25 years, working for Fortune 100 companies such as Dell, CA Technologies, EMC and Dell Technologies with a focus on state and local government and education. She studied marketing and management at San Jose State University and completed an executive course in “Public Sector Value and Technology Management” at Harvard University’s Kennedy School of Government.

The company in November entered into an alliance with the Center for Internet Security (CIS), which was formed 20 years ago as “an independent, mission-driven, nonprofit organization dedicated to preventing and mitigating new cyberthreats.”

“In collaboration with the Center for Internet Security (CIS), Tanium and CIS are working to educate and empower agencies with the right tools to solve their most challenging cybersecurity initiatives,” Tanium said in a news release. The company is a member of both CIS’ SecureSuite and CyberMarket programs.

In addition, Tanium has put together a series of studies on securing funding through the Coronavirus Aid, Relief and Economic Security (CARES) Act.