Planet, a San Francisco startup, is "refreshing" its satellites, de-orbiting existing ones and replacing them with improved models in an approach the company calls "agile aerospace," reflecting the iterative nature of software development.
Apr 1 / By Carl Smith 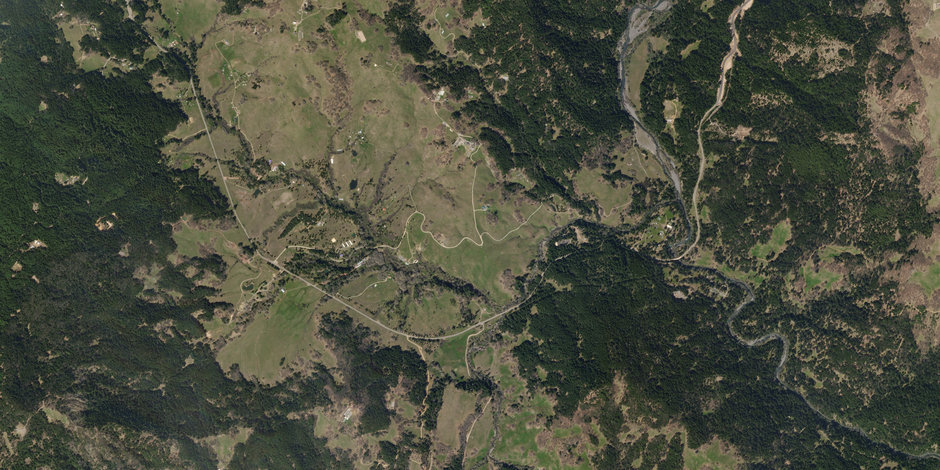 This article first appeared in Governing, a sister publication to Techwire.

Humboldt County, part of an “Emerald Triangle” that is the nation’s largest cannabis-producing region, has gone above and beyond — literally — to deal with the challenges of a Green Rush brought on by the legalization of recreational marijuana use. Satellite imagery has enabled the county to identify hundreds of unpermitted and illegal cannabis-cultivation operations and drive abatement efforts to reduce renegade growers’ impact on some of the nation’s most unique and beautiful natural resources.

The county has partnered with Planet, a San Francisco-based satellite imaging and analytics startup, in an effort to stay ahead of both changing regulatory requirements and expanding markets. “Humboldt is huge and it’s remote and it’s rugged and it’s hard to access,” said Paris Good, who works with Planet’s customers. “They had a small team of people trying to drive around to find illegal marijuana grow sites. It wasn’t scalable and it wasn’t sustainable in the long term.”

Even so, things might have continued as they were had not the need for government oversight shifted, for both public health and environmental reasons, when recreational pot use moved out of the shadows and into the mainstream.

Legalization meant more freedom for recreational users, but it brought new restrictions for growers. In 2016, California voters approved Proposition 64, the Adult Use of Marijuana Act. While the law made it legal for those 21 and older to use marijuana, it also required “robust standards” for cultivation of cannabis. As a result, growers are required to obtain permits and licenses from multiple state agencies, including the Department of Fish and Wildlife, the Water Resources Control Board and the state’s cannabis division, CalCannabis. In addition, local jurisdictions in areas where cultivation is common have passed their own land use regulations. Humboldt County’s 2016 ordinance requires permitting officials to actively identify and to take action in regard to unpermitted cultivation sites.

“It was a daunting task,” recalled Bob Russell, deputy director of the county’s Planning and Building Department. “We needed to foster a climate of compliance and we didn’t have an army of folks to do it.”

“That’s when they started to explore what satellite imagery could do for them,” said Good. “It has the scale. It has the resolution they needed, it’s efficient and it was able to give them coverage over their entire county.”

In April 2018, county permit officials began to use imagery from Planet to guide enforcement. By the end of the year they had issued almost 700 citations, up from the previous yearly average of fewer than 100. The dramatic increase reflected both the precision that satellite images afforded and the county’s shift away from complaint-driven enforcement.

Public-sector use of satellite imagery is not new, of course, but Planet has worked to improve both the resources available to clients and their affordability. The company, founded in 2010 by three former NASA scientists, has focused on designing ultra-compact satellites — as small as 10 x 10 x 30 centimeters (about 4 x 4 x 12 inches) — that are cost-effective to manufacture and launch.

This approach also enables Planet to “refresh” its satellites, de-orbiting existing ones and replacing them with improved models in an approach the company calls “agile aerospace,” reflecting the iterative nature of software development.

Planet’s satellites are small enough to piggyback on other rocket-launch missions. To date it has deployed more than 360 satellites, with about 150 of them currently in orbit, the largest-ever constellation of Earth-imaging satellites. Using high-powered telescopes and cameras, they are able to capture images of the entire surface of the earth on a daily basis, almost six terabytes of data.

The company also has paid attention to making the images easy to use. “We have a platform called Planet Explorer where users can download the imagery that they’re interested in,” said Good. “Every image has location information in it.”

Marijuana legalization raises multiple issues for governments, and those concerns are magnified by the rapid expansion of the business. The worldwide market for legal cannabis, which was $9.5 billion in 2017, is projected to grow to $31.3 billion by 2022, a compound annual growth rate of 26.7 percent over that period. California is the biggest legal marijuana market in the world.

The environmental impacts of marijuana cultivation are the focus of Humboldt County’s efforts, and they have the potential to arise in any part of the country where outdoor cultivation increases. (Indoor cultivation in urban warehouses has its own set of concerns, including intense energy demands.)

There is, for instance, the impact on places where water resources are scarce. Marijuana is a relatively thirsty crop, requiring nearly twice as much water per square kilometer than wine grapes, for example. In some cases, growers’ needs have been met with illegal diversion of water.

Trespassing growers on private and national forest land employ large quantities of rodenticides to keep animals from chewing through irrigation lines, leading to the deaths of fish, birds and mammals. Grading undertaken for the siting of “hoop houses,” tent-like greenhouses, can cause problematic sediment accumulation in streams and rivers.

While local permitting alone can’t resolve all of these issues, it is an important tool. In addition to keeping legal growers in compliance, Humboldt’s active and visible permitting program can help discourage illegal cultivation, which continues despite the changes in California law.

“Local zoning, permitting and enforcement is probably more important than state-level initiatives, although collaboration across units of government is also key,” said Van Butsic, co-director of the Cannabis Research Center at the University of California, Berkeley.

In fact, every available strategy is needed as California works to implement the “robust standards” that it envisions for cannabis cultivation. For one thing, growers who are willing to play by the rules still face competition from illicit operations. In 2019, sales of illegal cannabis products in California were expected to hit $8.7 billion, more than twice the total for legal sales.

“Larger producers have been able to navigate the system,” said Butsic. “Many smaller growers are going out of business or staying illegal.” Costs are also part of the equation. “The illegal market is competitive because legal marijuana is so expensive to produce under Prop. 64,” Dale Gieringer, director of Cal NORML, told The Los Angeles Times.

Legal growers also chafe at having to deal with regulation by multiple levels of government. “Every place is a bit different in terms of their vision for cannabis,” noted Butsic. “These different visions get played out in local governments. It is frustrating for producers who want constant rules across the state, but it also gives local communities more control. There are trade-offs between statewide regulations and local control, and cannabis is a great example of this.”

Operating at this intersection of policy and unintended consequences, Humboldt County’s permit department is finding that Planet’s satellites help them keep moving upstream. When Russell gets a new set of images from Planet, his team goes to work. “We take the imagery and we digitize it,” he said. “Then we combine it with other datasets from our permitting software and other databases that we have, and we create overlays.”

If something unexpected shows up, he adds, “we’ll evaluate that parcel to see what was permitted on the parcel. If there was no building permit or agricultural exemption for the greenhouse that we can see in the image, that’ll be a violation. If they did grading for new structures without the grading permit that’s required, that's another violation.”

Paris Good of Planet has found satisfaction in seeing the satellite data improve real-world outcomes. “One of the statistics they shared was that in the two years since they started doing this program with us, they identified a thousand un-permitted cannabis locations and then sent notices of violation to these sites,” she says.

The county’s enforcement actions are not necessarily heavy-handed or draconian. “We have settled 70 percent of all cases through abatements or compliance agreements with property owners completing ongoing abatement actions,” said Russell. “This has significantly reduced the environmental impact from these existing unpermitted cannabis operations, and also served as a viable and substantial deterrent for many others.”

As with other technologies, the cost of satellite imaging has continued to decrease. “At a certain price point, satellite imagery is a very affordable option for a jurisdiction, depending on the application,” said Russell. “In this case it was the right tool for the job and we found a partner in Planet that could do what we needed.”

Also, he said, “there’s a return on investment just in the operations and maintenance of the department. The number of people we have assigned to code enforcement can be much smaller. You’re saving manpower costs; you're saving vehicle and fuel and repair costs. It’s a significant tool for cost avoidance.”

“There are a lot of use cases yet to be explored,” said Good. “Satellite imagery can help farmers understand crop health and make better decisions about their fields. I worked with a researcher who was monitoring polar glacial melt in Greenland to see how fast that’s happening compared to prior years. The number of possible applications with this kind of data are just incredible.”

Russell is clear about Humboldt’s need for tools like the ones supplied by Planet. “We’re a pretty rural and rough country area,” he said. “There are a lot of hills, mountains, streams, rivers, and forests here that were being significantly impacted. Wildlife was significantly impacted by pesticides, rodenticides and sediment delivery.”

The county’s success in reducing those environmental impacts, Russell added, “is the biggest payoff, and the results have been substantial.”

By Carl Smith
Carl Smith is a Senior Staff Writer for Governing.com. He works with editors and staff writers to produce smart, high-value, high volume editorial content for the web and related products to make Governing the go-to source. He can be reached at Carl.Smith@Governing.com.