Two Sacramento-area firms — one specializing in cloud services, and the other in data science and machine learning — have formed an exclusive partnership to detect fraud in California’s community colleges. Infiniti Consulting Group and SeyVu have already landed two contracts with the California community college system and are hoping to win two more in 2018, said Scott Drossos, president of Infiniti.
Dec 19, 2017 / By Dennis Noone 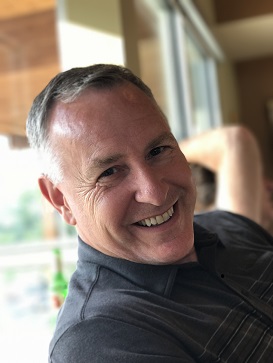 Two Sacramento-area firms — one specializing in cloud services, and the other in data science and machine learning — have formed an exclusive partnership to detect fraud in California’s community colleges.

“There’s a growing need for doing machine learning/predictive analysis-type work in the public sector,” Drossos said in an interview with Techwire, “whether that’s analyzing large sets of data or something that involves intelligently interfacing with their constituency. ... There’s just a huge need for machine learning, and without data scientists, machine learning is very difficult.”

Harsha Gopianandan, founder and CEO of SeyVu, said he has worked with Infiniti on other projects and believes that the companies’ strengths complement one another. And he sees state government as a field rich with opportunity.

“It’s a great field to be in at this time, data science and machine learning. In Sacramento, with state government, there’s a large opportunity here,” he said.

Gopianandan explained how machine learning and predictive analytics have changed the nature of fraud detection:

“Before, fraudsters are doing X,Y and Z, and we’d try to plug those holes. Now, as fraud evolves, the machine-learning-based models will also learn. What machine learning is really good at is adapting with new data. It’s more predictive than just analytics.”

The SeyVu founder said data science is red-hot now because “it lends itself well to situations where there’s too much data for anybody to analyze.” And the expertise is hard to come by.

“Just in Northern California, Amazon, Google and Facebook are investing heavily in it, and they’re sucking up all the talent,” Gopianandan said.

Said Drossos: “With this exclusive agreement, together we can deliver the data science part of the equation in conjunction with the cloud and cloud services competencies we have. ...

“The folks from SeyVu came from Micron and Intel; they’re not fly-by-night guys. They’ve worked on large, large projects — that’s why were so excited about it. They have terrific collective abilities. SeyVu is technically very sound too. ... They’re all brilliant mathematicians.”

“Now we’re beginning to have conversations about integrating things like (Amazon’s) Alexa ... with some voicebot or chatbot, where we can automate interfaces for municipalities, potentially. We can help them fight fraud and protect government data and government interests.”

Data scientists have become highly sought, and Drossos and others note that they command large salaries and are often targets for recruitment.

“We weighed the pros and cons of trying to hire our own data scientists, but it’s really hard and really expensive,” he said. “You have to charge really premium rates — rates that are difficult for the public sector to absorb.”