Internet Carrier to Piggyback on City Infrastructure for Broadband Offering

A growing San Francisco-based Internet provider has contracted with a Bay Area city to offer residential high-speed Internet service. The company will pay the city for use of its fiber and rooftop infrastructure to offer broadband to residents, who've expressed dissatisfaction with existing carriers' service. In exchange, the city will receive about $112,000 per year in new revenue.
Sep 16, 2019 / By Dennis Noone 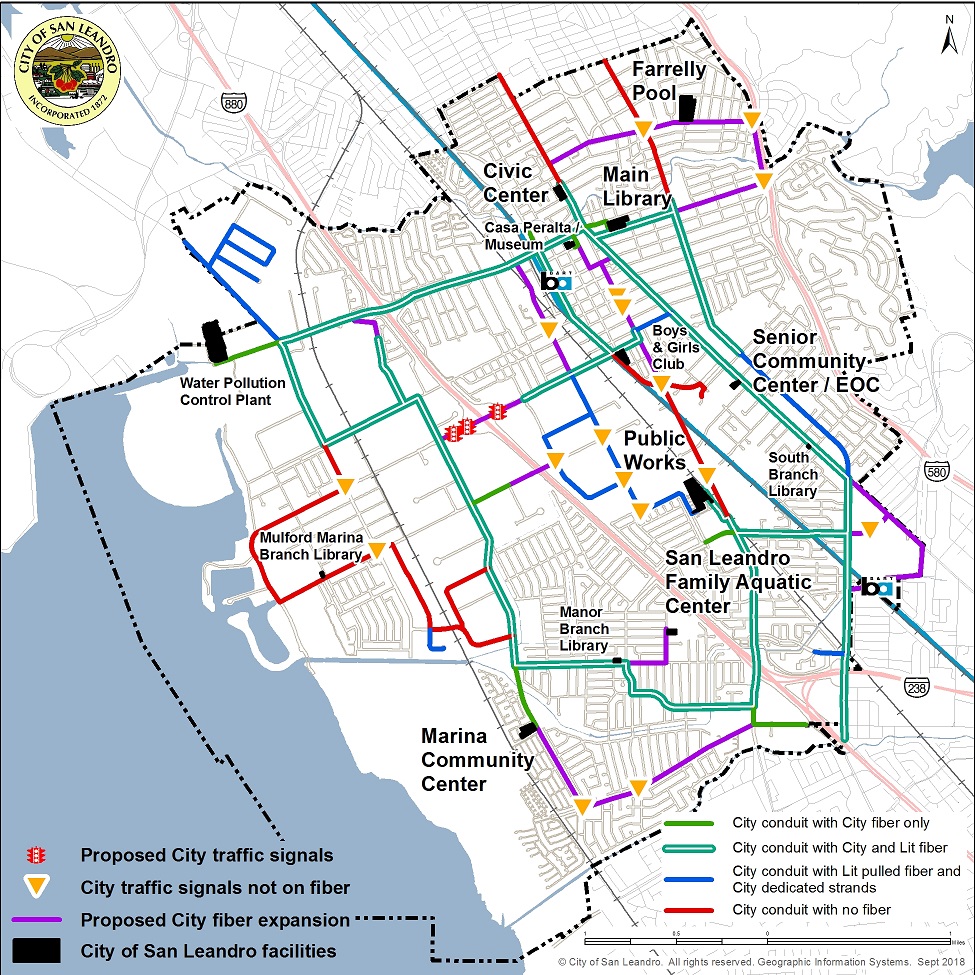 Note: This story was updated to clarify the relationship between San Leandro and Common Networks.

Common Networks, a growing San Francisco-based Internet provider, has contracted with the Bay Area city of San Leandro to pay for use of some city infrastructure to help deliver high-speed Internet to residential customers.

San Leandro’s Chief Technology Officer Tony Batalla said his city is the first to have this type of arrangement with Common. He said it was an outgrowth of the city’s information-gathering about what residents wanted.

“We surveyed the community, and the results were loud and clear: Residents want more Internet alternatives, particularly more affordable ones,” Batalla told Techwire in an email. From the city’s perspective, there are several key reasons why opening up municipal infrastructure to address this makes sense:

1) Attract new, innovative companies like Common to come and invest in the city;

2) Increase competition in the broadband space, which benefits our residents and businesses;

4) Generate a new revenue stream for the city.

The company will pay the city for use of San Leandro’s “dark” (unused) fiber network and to install hardware on rooftops of city-owned structures. Under the initial five-year term of the contract, Common will pay the city about $112,000 for the first year, an amount that will increase by 3 percent per year. The city will direct that revenue to a fund dedicated to future broadband and fiber-related projects.

Common Networks CEO and co-founder, Zach Brock, told Techwire through a spokesperson that this arrangement is different from those with other Bay Area cities, partly because much of the needed infrastructure is already in place.

“San Leandro does have some unique assets that have allowed Common to move quickly …” Brock told Techwire, citing “a dark fiber network, city real estate on which we can lease rooftop space, and a city government eager to bring new home Internet choices to residents.”

Each plan includes free installation and all equipment, with no extra fees or data caps. Early adopters may qualify for the first three months of service for free. The official launch is scheduled for Sept. 25, and Brock noted that some installations have already begun. The service is being offered only to residential customers at this point.

The city already offers free Wi-Fi in many public parks and facilities, and an interactive map of that service is available online, as is the city's IT Enterprise Catalog.

Contact information for Batalla and the city’s assistant IT manager, Michael Hamer, is also available on the city website.

“Of those expressing low overall satisfaction,” the master plan says, “61 percent indicated that there were no other (Internet) service options in their area, and 62 percent were dissatisfied because the connection was slow or unreliable. These results suggest an opportunity for a provider with high-speed, reliable broadband to capture a significant market share with the residential sector.”

Common also agreed to make good-faith efforts to hire locally if and when any related positions became available.

The city of San Leandro will use Common as a backup Internet provider as part of the negotiated agreement. Batalla also noted that the agreement with Common is nonexclusive, “and the city is always open to exploring new opportunities as they arise.”

Common says its growth across the Bay Area is expected to continue.

“We’re making plans to expand to Oakland in the coming months,” says an announcement on its website. “Check back soon to find out when service will be available.”