Is 'Silver Tsunami' in State Workforce a Real Problem?

Some IT executives in both the public and private sectors say the fears of a "Silver Tsunami" of baby boomer retirements is somewhat overblown and that the state has already begun taking steps for what to do when legacy coders hang up their keyboards.
Jan 30, 2019 / By John Frith 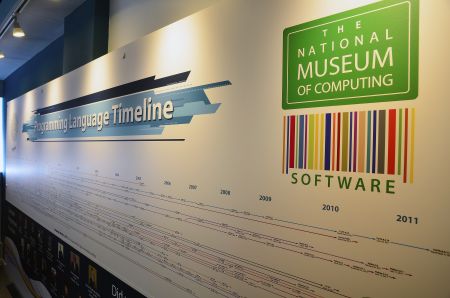 When a rumor spread in the late 19th century that celebrated author Mark Twain had died while on a speaking tour in London, a reporter cabled to ask if that was true. Twain is reported to have responded, “The reports of my death are greatly exaggerated.”

So it appears to be with the impacts of the so-called "Silver Tsunami" — the wave of retirements among aging baby boomers that led to fears that many IT departments would be hamstrung — especially government agencies that rely on mainframe systems that newer graduates know nothing about.

State and local government IT executives said that it is an issue — but one that has been planned for and that hasn’t caused serious problems.

Davood Ghods, a former director of the California Department of Technology’s (CDT) Office of Technology Services who now is a vice president with Direct Technology, a global software and IT consulting firm, said that based on his years with the state and now in the private sector, the idea of a Silver Tsunami is overblown.

“One, the workforce is staying longer; and two, organizations are taking measures to address the retirements, so I question if there really is a Silver Tsunami happening,” Ghods said. I’ve been hearing about it for 10 years or so. Has it caused any shutdowns anywhere? I haven’t heard about any.”

Scott Paterson, deputy director of CDT’s Office of Professional Development, agreed that the impact has not been overwhelming.

“The Silver Tsunami has been talked about for many years,” Paterson said. “The saving grace was that it started hitting during the recession, and that was a good thing because a lot of people decided they were going to hold on instead of retiring.

“But while it’s a concern, the state has been aware of this for many years and has made sure there are workplace plans in place and succession planning in our departments. We’ve done quite a bit.”

Nationwide, 76 million Americans were born between 1946 and 1965, and on average an estimated 10,000 boomers retire every day, according to a Social Security Administration report.

Paterson said 31 percent of state IT employees are now 55 or older, a bit higher than the 27 percent of all state workers, and the state Department of Human Resources (CalHR) reports that about 3 percent of state employees retire every year, while another 3 percent voluntarily leave state service for other jobs.

One major issue for IT departments has been how to deal with aging mainframe systems that require computer skills that haven’t been taught in years.

The state has embarked on an ambitious training program to ensure that younger IT professionals can maintain and troubleshoot legacy systems, but some smaller local governments have replaced aging systems with new technology, according to Steve Monaghan, the CIO of Nevada County.

In both cases, government agencies have partnered with vendors to assist with the transition, although in significantly different ways.

Paterson said state officials have long discussed whether its mainframes should be phased out, but because they continue to work and the expense of replacing them would be huge, he doesn’t expect them all to go away anytime soon.

Instead, the state has turned to training. Since virtually no engineering school still teaches students about these systems, CDT has created its own Mainframe University to provide boot camp training for its staff. The training is often done by retired annuitants — retired employees who can work for limited periods to supplement their retirement income.

“We’ve run over 40 CDT people through it just to keep up with the existing technology,” Paterson said, adding that nearly 100 students from other state agencies have attended open-registration CDT mainframe technical training in the past six months.

The state as a whole is encouraging retiring boomers to keep working part-time as retired annuitants. CalHR even set up a website a few years ago — boomerang.ca.gov — to allow retirees to register to be part of a hiring pool, and for state agencies to sign up to use the system.

In addition, CDT has partnered with IBM and the College of Continuing Education at California State University, Sacramento, to develop a mainframe certification program.

“We partner with private industry wherever we can because we know we can’t do it all on our own,” Paterson said.

Nevada County took a different approach to the legacy systems issue: The county replaced them, and just in time. Unlike the state, with a huge reliance on mainframe systems and a large workforce, Nevada County was finding it difficult to recruit younger employees to work on them.

“It’s hard to bring in millennials to learn a platform that they won’t be able to use anywhere else," CIO Monaghan said. "Their current skills will atrophy, and they want to build their careers.”

“In July, we cut over our last legacy system, the property tax system that probably started development 40 years ago, all in-house. We were down to one programmer who didn’t know a lot of the business logic but could poke around and fix stuff. This person is retiring in March, so I just made it.”

Of course, there are trade-offs. While the county worked closely with vendors to replace the legacy systems, a system that was built and refined over 40 years to meet specific requirements can’t be completely replaced by a commercial off-the-shelf product because it was so customized.

Monaghan, Paterson and Ghods suggested that a bigger problem than the Silver Tsunami is the issue of IT leadership.

Monaghan said e-government is expanding, the Internet of Things is a reality, and things like cloud computing and cybersecurity are becoming increasingly important.

“You need risk management, governance and leadership skills outside the boundaries of working on servers,” he said. “That takes a blend of leadership and tech skills.”

— Exploring how counties operate and the challenges county business leaders face; and

Paterson noted that the state has a similar program, the IT Leadership Academy, which is now in its 26th cohort and has certified more than 600 students from a wide range of state agencies.

And Ghods, the retired OTS director, said state academies like this allow up-and-coming leaders to become better prepared to face the challenges of tomorrow. One key challenge will be integrating millennials and older employees, who often see things from different perspectives.

“The work-life balance is really important to millennials, along with opportunities to progress up the ranks, flexible work arrangements and a sense of purpose," Ghods said. "We have to make sure the current workforce is aware of the new generation, and that takes effort and leadership to make sure it happens.”