Craig Russell, who's worked with several major IT companies, will be focusing on state government in his new role with Oracle.
Sep 17 / By Dennis Noone 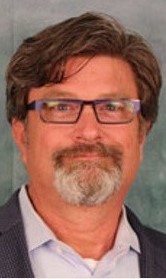 Craig Russell, a veteran IT account executive in California, has joined Oracle as applications sales representative.

Russell has worked in public-sector sales and account management in the Sacramento and San Francisco areas for more than 10 years, having been affiliated with Microsoft, Dell EMC, SHI International, Nutanix and Lenovo.

He is a graduate of UC Irvine, with a Bachelor of Arts in psychology and a Bachelor of Science in information and computer science.