Under Director Daniel C. Kim’s leadership, the Department of General Services recently won its third consecutive “Innovation in State Government Award” from the National Association of State Chief Administrators.
Dec 8, 2020 / By Dennis Noone 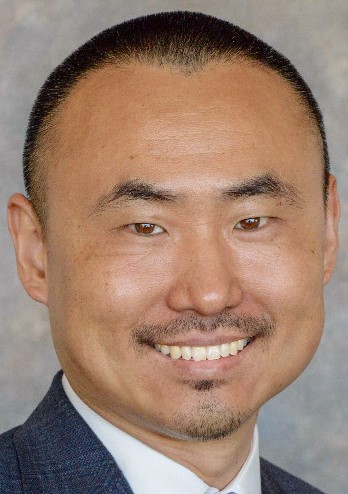 Daniel C. Kim, director of the state Department of General Services (DGS) since 2015, confirmed Tuesday that he’s leaving that role and taking a key executive position in Yolo County government.

Kim, who has been DGS director since June 2015, will be the assistant county administrator in Yolo, working under County Administrator Patrick Blacklock beginning Feb. 1.

“I’m eager to join the Yolo team,” Kim told Techwire in an email. “Pat Blacklock, CAO for Yolo County, is someone I have long admired. I look forward to working with him and the Yolo team as we navigate our way through a COVID and post-COVID environment.”

Secretary Yolanda Richardson of the state Government Operations Agency, DGS’ parent organization, said Tuesday in a statement to Techwire that Kim has been a valued leader, especially in the recent tumultuous times.

“We are grateful for Dan’s service, especially his commitment during the COVID-19 emergency, which required one of the largest procurements in California state history as well as the rapid buildout of a critically important COVID-19 testing laboratory,” Richardson said.

Kim started his career with the state in 1996 as a fiscal and policy analyst with the state Legislative Analyst’s Office. From there, he worked in the private sector for a couple of years, as a consultant with PricewaterhouseCoopers, then served as budget and legislative affairs manager for San Francisco’s Department of Human Services (now the Human Services Agency) for almost four years. After that, he was deputy director for administration in Sacramento County’s Department of Human Assistance for just over nine years. In 2011, Kim returned to state service, first as chief deputy director for operations in the California Department of Public Health, a role he held for four years, and then being named DGS director in June 2015.

During Kim’s tenure at DGS, the 3,500-member department with a $1 billion annual budget led numerous policy and procedural changes in state procurement, the most significant being Gov. Gavin Newsom’s January 2019 implementation of Request for Innovative Ideas (RFI2). Under that protocol, state agencies emphasize vendor-driven solutions to government needs, rather than the state deciding what the solutions were and putting out requests for those specific goods and services. RFI2 also favors the agile development methodology where appropriate, rather than the old “waterfall” system.

Other DGS achievements under Kim included the expansion of vendor outreach through bidders’ conferences, a significant broadening the state vendors pool, and a revamping of the department’s website to create an “Amazon-like” experience for users.

Kim attended UC Berkeley, where he received his Bachelor of Arts degree in the Political Economy of Industrialized Societies, and then went on to earn his Master of Public Policy degree from Harvard University’s John F. Kennedy School of Government.

A profile of Kim on the NASCA website notes that he loves to travel the world and sample local cuisine, “whether it’s fried clams in New England, moussaka in Crete, sockeye salmon sashimi in Vancouver, or Voodoo Donuts in Portland.” The profile quotes him as saying, “For me, travel is a means to an end — and that end usually involves a neighborhood restaurant.” But since the COVID-19 pandemic has forestalled vacationing abroad, the profile notes, Kim “tries to make new dishes from the New York Times’ ‘What to Cook This Week’ section but says he often thinks about how much better it would taste in one of those neighborhood restaurants.”