Steven J. Steinberg -- the only California public servant newly elected to the board – is one of four new members elected to national leadership roles within URISA from across academia, industry and various levels of government.
Aug 13 / By Dennis Noone 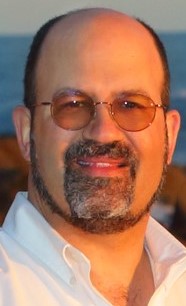 The Geographic Information Officer (GIO) for the nation’s most populous county has been elected to the board of directors of the Urban and Regional Information Systems Association (URISA). The nonprofit association comprises professionals using geographic information systems (GIS) and other information technologies to solve challenges at all levels of government.

Steven J. Steinberg -- the only California public servant newly elected to the board – is one of four new members elected to leadership from across academia, industry and various levels of government. Brent Jones of Esri will serve as president-elect; and Kathryn Brewer, Xan Fredericks and Steinberg will serve as directors. They will all begin their three-year terms at the conclusion of its conference, GIS-Pro 2020, which will be presented virtually this year.

“It is a true honor to have been selected to represent the geospatial profession as a member of the URISA International Board of Directors,” Steinberg told Techwire in an email. “Over the last six months, the value of informed decision-making using location has been placed GIS into the spotlight in ways GIS professionals have never before witnessed. Previously hidden from public view, GIS maps and dashboards are now prevalent in communities large and small, highlighted in the media and in the halls of all levels of government.”

GIS technology’s role and use has grown across government, especially in the last few years. That’s been recognized at the state level in California government.

“During my three-year term,” Steinberg said, “I will prioritize URISA’s focus on expanding awareness of the value of our profession across a diverse range of students, professionals, decision-makers and the public as we apply our collective capabilities to address issues of racial inequity, public health, environmental change and community resilience.”

As Los Angeles County’s GIO, Steinberg leads with a team of GIS professionals and guides the geospatial strategy for more than 10 million residents and 100,000 county employees across 37 departments. Steinberg, a self-titled “geospatial evangelist,” is passionate about the use of technology to solve problems of people and their environment.

Before joining L.A. County, he served as principal scientist and department head for Information Management and Analysis at the Southern California Coastal Water Research Project Authority (SCCWRP) and as a professor of Geospatial Science at Humboldt State University, California. He is also an adjunct professor and is actively involved in geospatial leadership positions and professional organizations including URISA, the American Society for Photogrammetry and Remote Sensing and the California Geographic Information Association. He has co-authored two books on geospatial science applications.