The nation's largest and oldest public defender's office will go live in a matter of weeks with a $25 million case management system that can be described as perhaps the most transformative project in the department’s 107-year history.
Jun 22 / By Dennis Noone 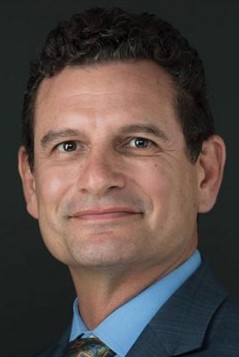 The Los Angeles County Public Defender’s Office is poised to go live in a matter of weeks with a $25 million case management system that can be described as perhaps the most transformative project in the department’s 107-year history.

Public Defender Ricardo D. Garcia told Techwire in an interview Monday: “I could not be more excited and encouraged at what we’re going to have at the end of next month.”

The project to shift the entire office from paper files to digital data is a huge undertaking, one that was conceived about eight years ago and which will finally come to fruition at the end of July, when the nation’s oldest and largest public defender’s office goes digital.

“I think what makes it stand out ... is that we found ourselves entrenched in the middle of a pandemic, and COVID-19 presented itself with an immense number of challenges to our business process,” Garcia said. “Our project was slowed down a bit because vendors couldn’t travel. We had meant to have face-to-face (user) testing with our teams, but we had to move into a virtual collaboration almost immediately. Because of the work of Mohammed (department CIO Mohammed Al Rawi) and his team, and Bill Stone, my chief of staff, we were able to pivot quickly and put ourselves back on schedule. I was very impressed by that.”

The county’s vendors in the project include Salesforce and a Boston-based company, Publicis Sapient. And from the vendor’s point of view, the COVID-19 pandemic — and the shift to virtual conversations and meetings — was also a hurdle.

“Being a salesperson, my strength is interacting face-to-face with my customers,” said Bob Muellner, Salesforce’s area sales manager for the Los Angeles area. “I’m not an inside-sales guy. I’m a shake-your-hand, pat-you-on-the-back kind of guy.”

Muellner noted that for a project with this long a gestation period, there were bound to be hiccups.

“There have been a lot of ups and downs, changes along the way in terms of staffing, resources, leadership, technology, partnerships — you name it,” he said. “But here we are, coming to the end of July, and there’s a lot of excitement in the air. Kudos to all. We have a little bit of scarring, but not too much scarring.”

CIO Al Rawi joined the Public Defender’s Office from his former role as CIO of the county Parks and Recreation Department about 18 months ago, and he had to hit the ground running. He gave an overview of the scale of the challenge:

“From filing to disposition, the life cycle of a case has changed significantly,” Al Rawi noted.

“Not having to cart boxes of files back and forth to court,” the public defender said, “will be an efficiency that will take a little more time to be really seen, because it’s a culture change. We’re going from a culture where people are used to creating a trial folder and boxes, and having witnesses in manila folders, and having to take this huge box to court. We’re moving to a virtual desktop where all of that is going to be in a person’s desktop, in their computer, and that’ll take a little bit of time for people to adjust. … Searching a case file is exponentially simpler than trying to remember where you stuck a piece of paper.”

Muellner explained the role of the Salesforce platform in the new system.

“It can function as a system of record — but in many cases, it functions as a system of engagement,” he said, “so whether you’ve got a .NET platform, or Azure, or AWS, or some Java app, the ability to bring all those together into an operational system is key.”

Al Rawi said that of the outgoing technology: “An attorney would have to learn how to use something like Filemaker and create a database and create an interface and do data entry. It’s pretty impressive. I met attorneys who actually went and took coding courses.”

Al Rawi said that with so many attorneys working on so many disparate systems, he had to do a baseline analysis of what was needed, and then “reverse-engineer” a solution.

“What’s the imperative?” he said. “It was very important to make sure that whatever we were implementing addressed the imperative, the need. We need to implement one system that is the system of record. We needed something that is capable and agile enough to adapt to future business changes. So we needed to create something that could scale up or down.

“And then we need a system that modernizes and consolidates the 26-plus legacy systems that we have into one cloud-based system. The cost of our legacy system hosting and support is $1.7M a year — no licenses, no fancy stuff. A lot of them are just on life support. We needed to make it cloud-based so at some point, it doesn’t become obsolete.”

The shift from paper and on-prem to the cloud will impact more than the attorneys’ workloads, though.

“When you look at the big picture, you want this data goldmine,” Al Rawi said. “So we looked for a system that will provide the analytics of the data that it will house that will guide decisions — resource allocation, program effectiveness, and even impact future policy. Instead of reacting to policy, we can proactively take issues to decision-makers based on data analytics and help drive those policies, so there can be more synergy between the ultimate goal and the business process that it takes to get to that goal.”

Work remains. The overall goal for the county is to have all elements of the justice apparatus able to connect on some level — the Sheriff’s Department, the District Attorney’s Office, the Public Defender’s Office and the Alternate Public Defender, as well as the health and human services functions such as nutrition, homelessness, and mental health. The county’s courts are expected to make their own similar transformation next year, with Tyler Technologies’ Odyssey tool. Once that’s stood up, the systems will connect on a certain level.

Al Rawi and Salesforce’s Muellner both acknowledged that with the county’s efforts to create a “whole-person” capability, tying together a person’s experiences with the justice system, health care and the social services offerings, there are plenty of opportunities for other companies to do business with Los Angeles County.

“My encouragement would be to other companies … to look for ways we can all work together for a better quality of life,” Muellner said. “If we can do it for L.A. County, we can do it anywhere.”